This root beer buttercream icing recipe is not just easy.

It’s an amazing addition to any cupcake, cake, or whatever you want root beer frosting on!

On a whim, one day while talking with Charlotte The Great about her time as a young woman, working in the back of a pharmacy at the “Float Counter” where she served soldiers Peanut Butter and Pickle sandwiches and Root Beer Floats, we made our favorite root beer cupcake recipe and topped them with the most delicious, smooth root beer float buttercream.

The root beer float cupcakes are moist and have just the right amount of root beer flavor.

It was literally “the icing on the cake” that elevated their taste with this yummy homemade root beer flavored buttercream frosting.

It is the perfect combination of flavors, not overwhelming at all, just like a can of root beer.

I had HUGE plans to fill the root beer cupcakes before icing them and turning them into “root beer floats”.

The problem with that was to fill them, I had to core them, and I just could NOT bring myself to remove the yummy cake to put a filling in there.

The once-in-a-lifetime idea was born when Wisner noticed that the snowy peaks on Colorado’s Cow Mountain looked like ice cream floating in soda. … Of course, nowadays it’s known as the root beer float.

The only thing missing from this rootbeer buttercream frosting, it doesn’t fizz and bubble, like when you add the vanilla ice cream to the rootbeer for your float. 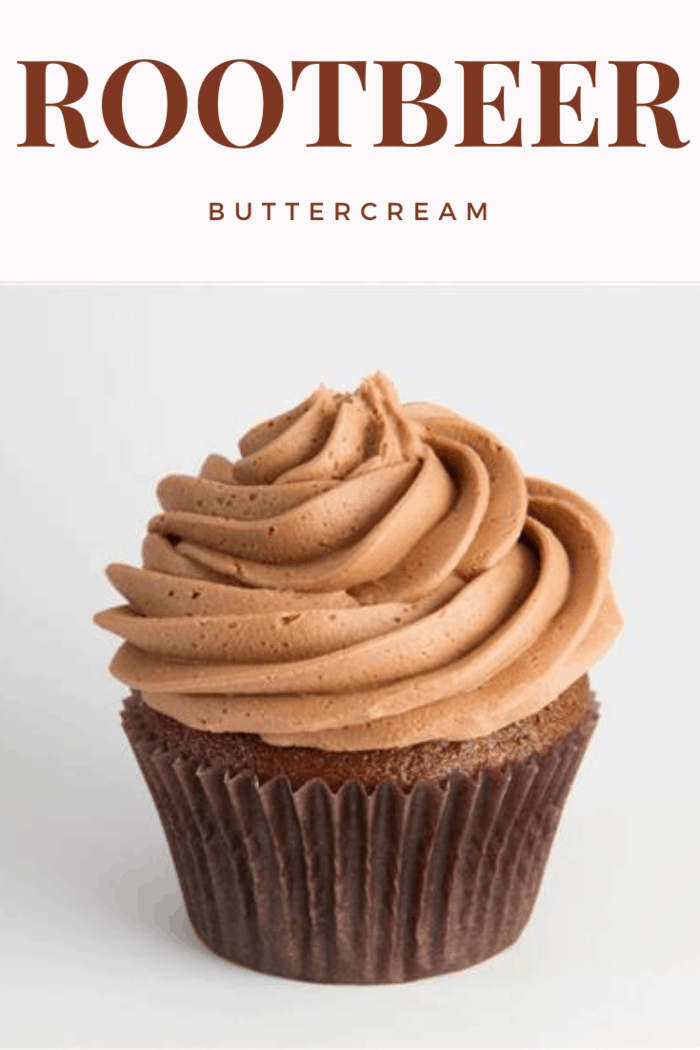 We debated the filling as I got started making a vanilla buttercream- but before I knew what I was going to do- I had the root beer concentrate in my hands, and I was thinking “the more, the merrier” as I poured the root beer syrup! 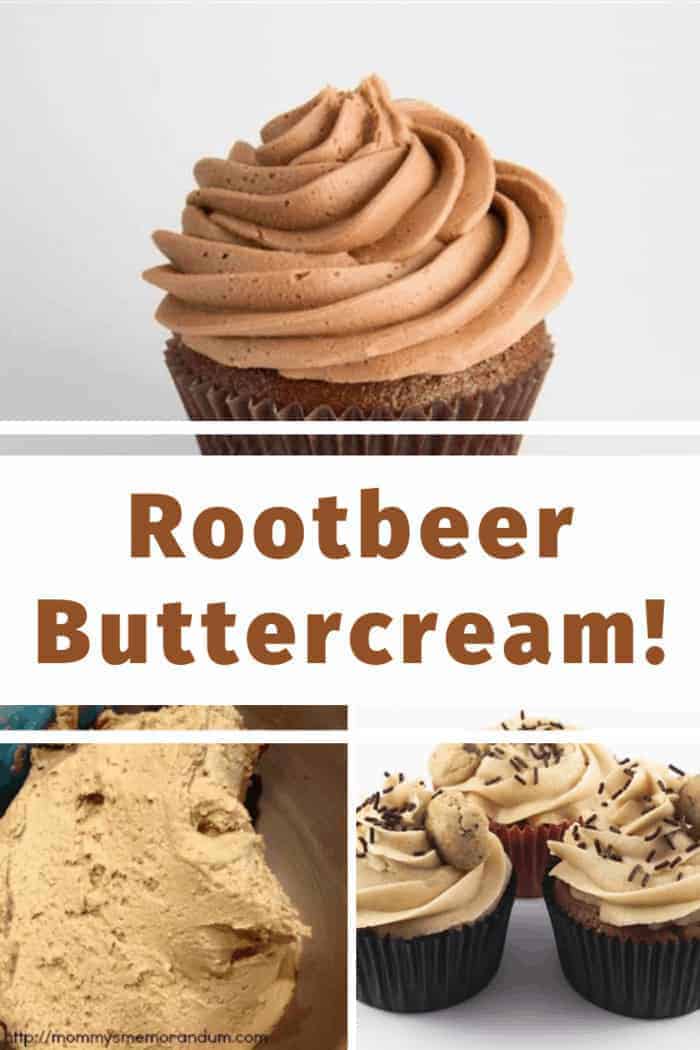 It turned out so great, I thought I’d share this delicious recipe for Rootbeer Buttercream.

Use it on your favorite cake or cupcakes, even as a filling.

It tastes like all the creamy root beer floats you had as a kid.

We didn’t even miss the filling.

How do you make Root Beer Buttercream?

Cream butter in a large bowl of an electric mixer on medium speed.

It will be easier if the butter is at room temperature.

If using a hand mixer start on medium low and increase speed.

The mixture will be crumbly and dry.

If it is too thick, add a splash of milk or heavy whipping cream. 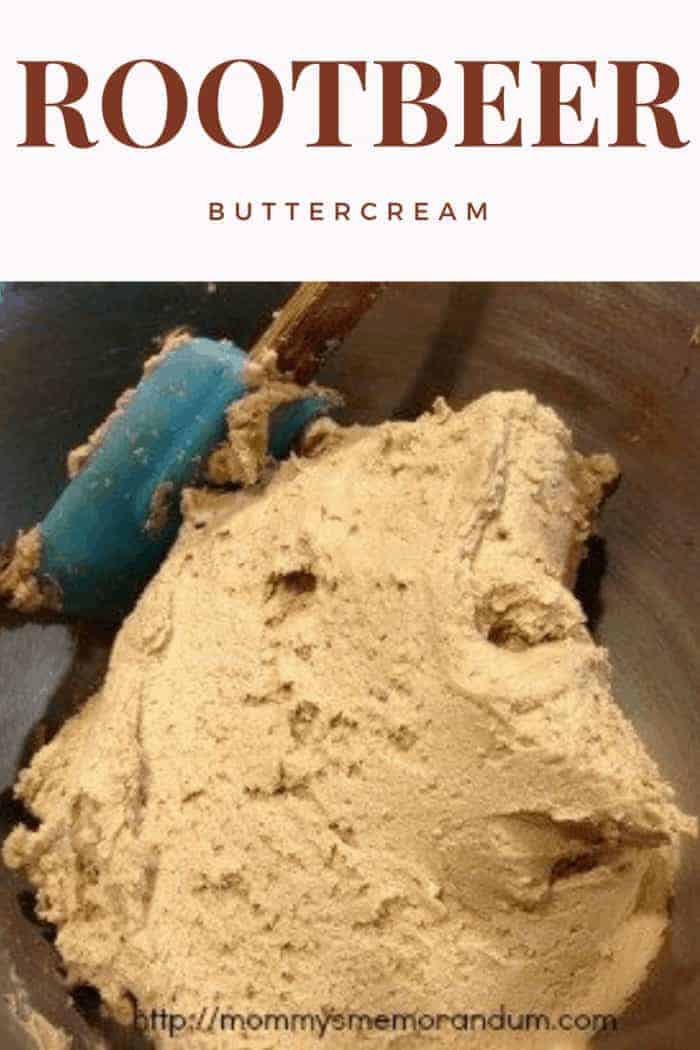 This root beer buttercream is full of everyone’s favorite flavor.

It is sure to bring back memories of summer or time spent drinking rootbeer floats.

Whip up a batch of this root beer buttercream icing and focus on life’s simple treasures.

The best part and my favorite part is this frosting tastes just like yummy root beer! 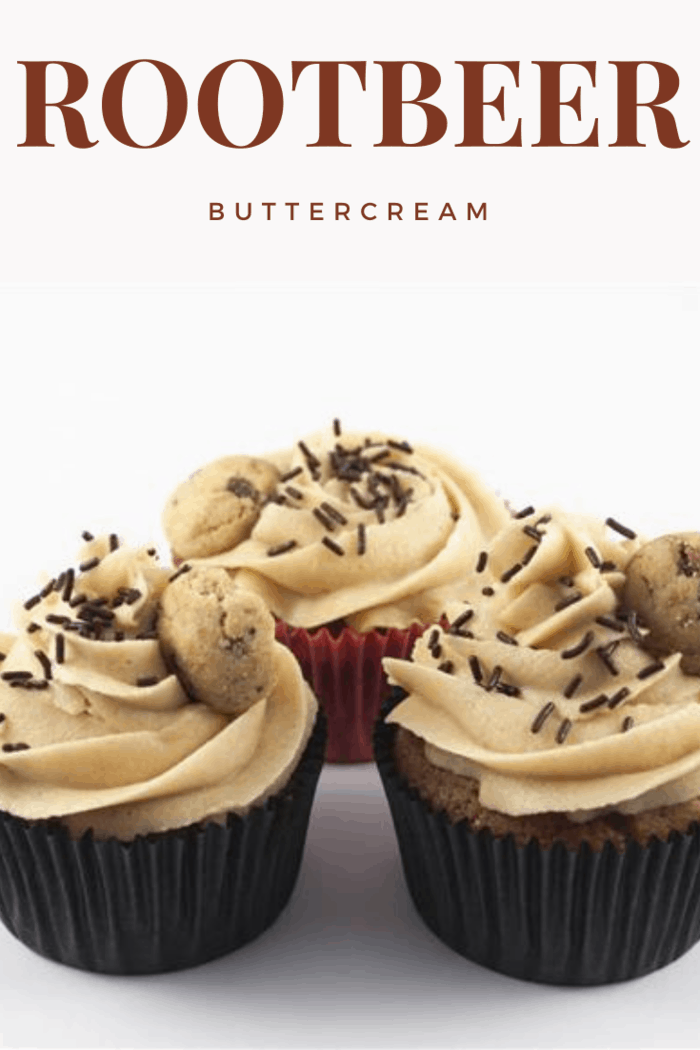 This root beer buttercream is full of everyone’s favorite flavor.

It is sure to bring back memories of summer or time spent drinking rootbeer floats.

Whip up a batch of this root beer buttercream icing and focus on life’s simple treasures. 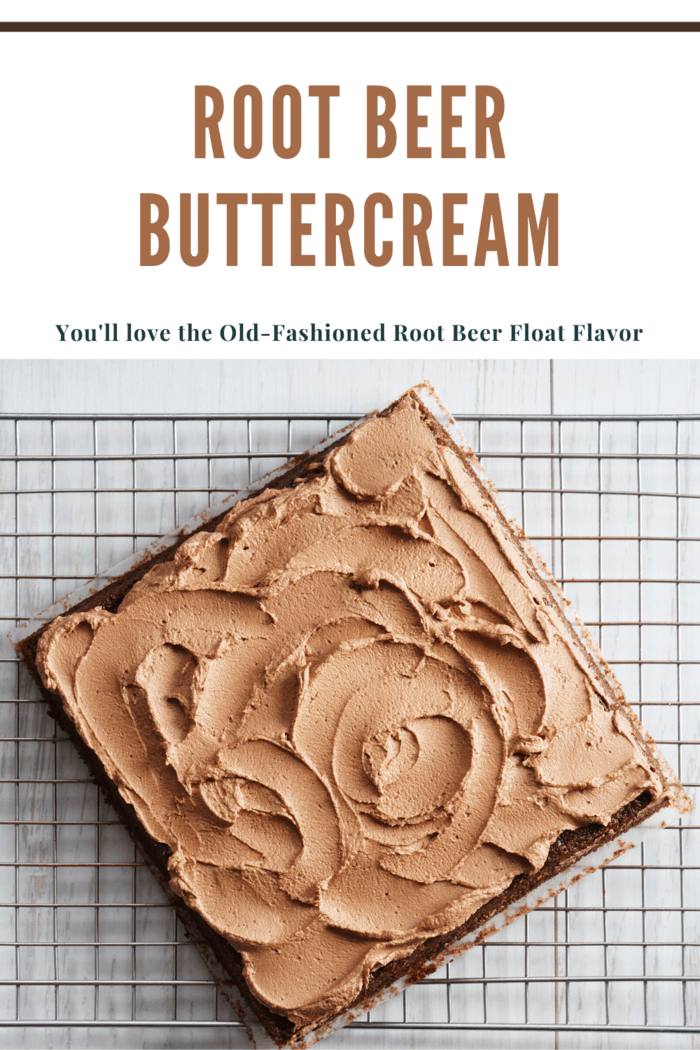 A little about Buttercream:

This Rootbeer buttercream frosting is an American Buttercream–also known as a “simple buttercream”.

American Buttercream is a type of frosting that is made by mixing together fat (usually butter, but sometimes margarine or shortening–or a combination), confectioner’s sugar, and milk or cream until the mixture is fluffy and smooth.

The ratio is typically twice as much sugar as fat.

You can use either salted or unsalted butter to make buttercream frosting.

A high-quality butter that has a higher fat content and lower water content will produce the best buttercream your tastebuds will ever know.

The naturally whitest butter is a gourmet butter called Plugra.

Land O’Lakes unsalted butter, which is made with sweet cream, has a creamy texture and mild flavor that complements other ingredients in baked goods and other recipes.

Wüthrich (pronounced we-trek), a Wisconsin butter made in the European style, has whopping 83 percent butterfat, which is the highest fat I could find.

How to Do a Basket Weave with Frosting

How to Fill A Cake

How to Crumb Coat a Cake

Nutritional information may not be accurate

The Website uses Mediavine to manage all third-party advertising on the Website. Mediavine serves content and advertisements when you visit the Website, which may use cookies. Mediavine may collect IP addresses and location to serve personalized ads.  If you would like more information about this practice and to know your choices to opt-in or opt-out of this data collection, please visit http://www.networkadvertising.org/managing/opt_out.asp.
Necessary Always Enabled
Necessary cookies are absolutely essential for the website to function properly. This category only includes cookies that ensures basic functionalities and security features of the website. These cookies do not store any personal information.
Non-necessary
Any cookies that may not be particularly necessary for the website to function and is used specifically to collect user personal data via analytics, ads, other embedded contents are termed as non-necessary cookies. It is mandatory to procure user consent prior to running these cookies on your website.
SAVE & ACCEPT
Skip to Recipe
7.1K shares
7093 shares
error: Content is protected !!