Walking on the wild side is easy with a new season of Madagascar: A Little Wild.

New episodes arrive on April 4 on Hulu and Peacock!

Check out the season 7 trailer below!

Alex, Marty, Melman, and Gloria, New York’s favorite Habitat crew, continue to have each other’s backs while following their dreams, no matter the size!
Marty’s change to become a Junior Ranger Zebra has finally arrived.

Melman will perform an original song for his favorite animal country star–if he can get past the severe stage fright.

The gang helps Ant’ney convince his mom he’s mature enough to build his own nest. 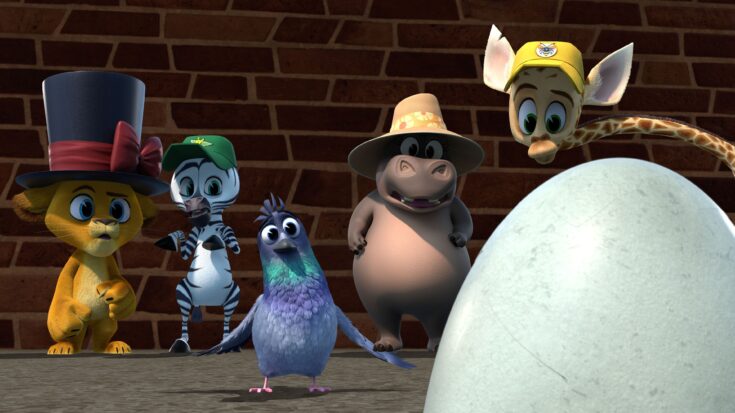 Watch as the friendly foursome, Alex the Lion, Marty the Zebra, Gloria the Hippo, and Melman the Giraffe steal the show in Madagascar: A Little Wild.

Madagascar: A Little Wild showcases the iconic personalities of each of the four dynamos residing in their Central Park Zoo rescue habitat.

They might be small, but like everybody who lands in New York City, these little guys have big dreams, and Madagascar: A Little Wild follows their adventures. 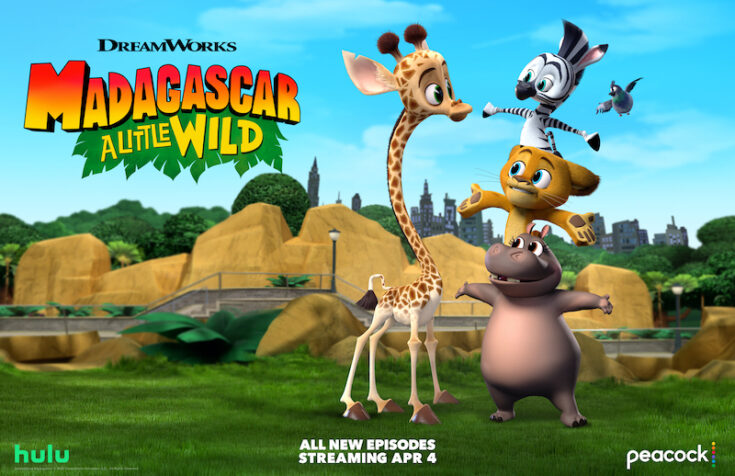 DreamWorks Animation, is one of the world’s leading producers of high-quality, animated family programming, reaching consumers in more than 190 countries and creating a diverse array of original content in various formats to deliver deep, fully immersive worlds and compelling characters. Since its inception in 2013, Dreamworks has garnered 27 Emmy®. Dreamworks Animation houses such beloved series as All Hail King Julien, Archibald’s Next Big Thing, Dragons: Race to the Edge, the recently released Gabby’s Dollhouse, and Go, Dog. Go! And other favorites such as Kipo & the Age of Wonderbeasts, Kung Fu Panda: The Paws of Destiny, She-Ra and the Princesses of Power, Spirit Riding Free, The Boss Baby: Back in Business, and The Epic Tales of Captain Underpants

DreamWorks is a Universal Filmed Entertainment Group division within NBCUniversal, a subsidiary of Comcast Corporation.