Everyone’s favorite franchise is back! Minions: The Rise of Gru arrives in theatres on July 1, 2022.

This summer, history’s biggest global animated franchise reveals the origin of Gru and how the world’s greatest supervillain met the iconic Minions.

Get some snacks, take a seat and see the big screen’s most despicable crew face off against the unstoppable criminal force ever assembled. 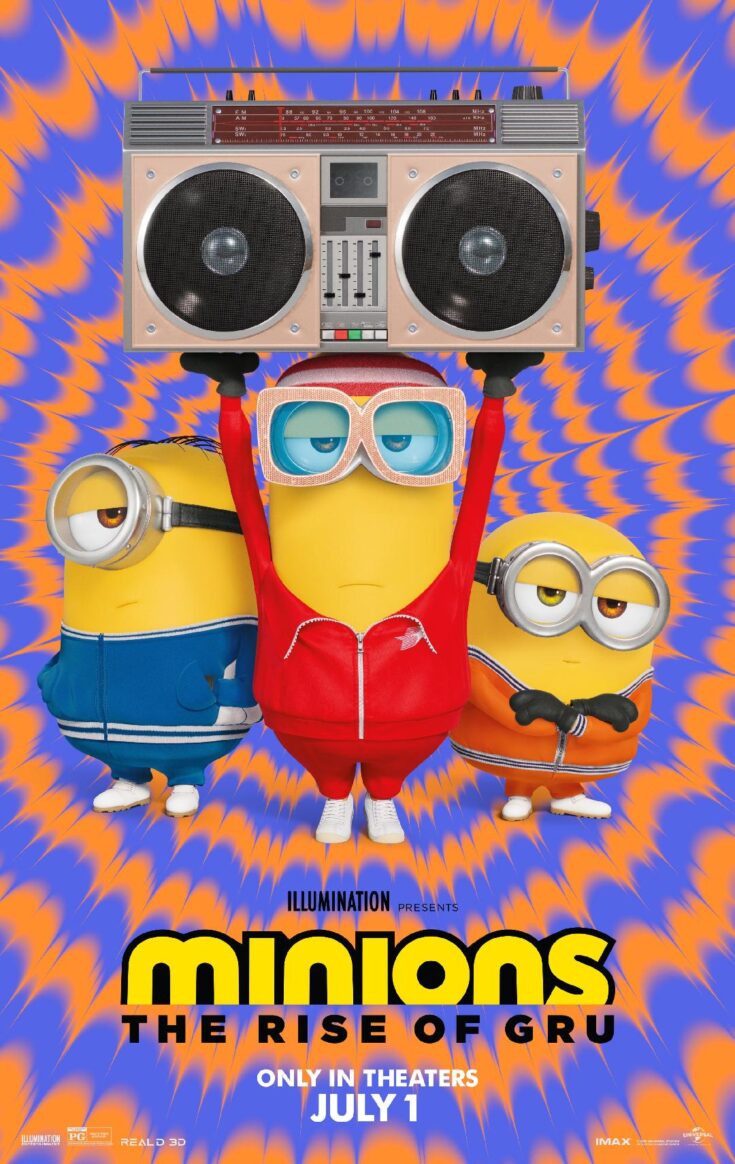 Minions: The Rise of Gru Synopsis:

Time travel back to 1970s suburbia, to a basement where 12-year-old Gru ((Oscar® nominee Steve Carell) is plotting world domination.

It’s not going exactly to plan.

Gru and the brace-faced-eager-to-please Minions (Bob, Kevin, Otto, and Stuart) cross paths and unexpectedly joins forces to build their first lair, design weapons, and seek to carry out their first missions.

Vicious 6, the infamous supergroup, kick out their legend in martial arts leader, Wild Knuckles (Oscar winner Alan Arkin). Fanboy Gru, gets an interview to be a Vicious 6 new member, but the wannabe villain does not impress the gang.

Then Gru outsmarts Vicious 6 and becomes their mortal enemy.

Gru goes on the run, and the Minions plan to save him by mastering the art of kung fu because even supervillains need help from their friends.

Lucy Lawless- as Nunchuck. Her nun-chunks are hidden in her traditional nun’s habit.

Danny Trejo as Stronghold, with menacing giant iron hands that are also his burden.

Outside of the Voracious 6, joining the cast:

Michelle Yeoh is the voice of an acupuncturist who’s an expert in kung fu skills.

Pierre Coffin is the iconic voice of the Minions.

Minions: The Rise of Gru is led by the original creators and produced by Chris Meledandri, CEO and visionary founder of Illumination, and collaborators Chris Renaud and Janet Healy.