They’re back! All your favorite dancing and singing all-stars from Illumination’s Sing return in the definitive feel-good event of the year. Sing 2.

Most of the original SING cast members reprise their roles.

The ever-optimistic Koala, Buster Moon (Matthew McConaughey), and his cast have big dreams of staging their most dazzling show yet in the glittering entertainment capital of the world, Redshore City.

There’s just one hitch: They must persuade the world’s most reclusive rock star, Clay Calloway (Bono, in his animation debut), to join them.

The best part is you can watch it from the comfort of your couch-Enter to win a digital code to watch Sing 2 with your family!

The original score was created by Joby Talbot. 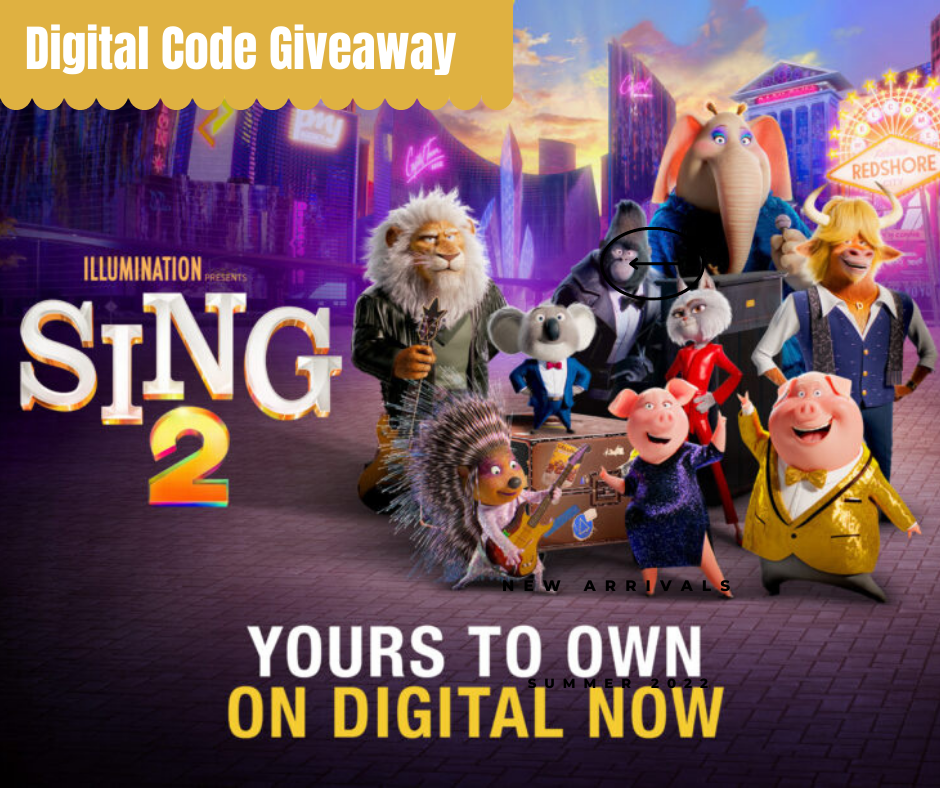 We love this movie.

The original SING filled us with so much laughter and characters we love and Sing 2 delivers the same cozy fun!

My kids are much older and they were still entertained, so it’s sure to amuse younger viewers.

We love the animation.

For older kids the movie may be predictable, but who cares?!

The song covers are eclectic and awesome.

Scarlett Johansson reminds us she’s not just a Marvel character, but can sing with a husky “Heads Will Roll” by the Yeah Yeah Yeahs.

Taron Egerton swoons with Coldplay’s “A Sky Full of Stars”.

One of my favorite songs found its way here, “Your Song“.

U2 fans, get ready, Bono not only makes his animation debut, but U2 gave permission for three of their iconic hits to be covered in the film: Where the Streets Have No Name, I Still Haven’t Found What I’m Looking For and Stuck in a Moment You Can’t Get Out Of.

My husband was not a fan of the musical numbers and felt they were constant (he’s sort of a dull one), but it’s something to consider if you have a child with sensory needs.

We loved the storylines of Johnny and Meena and are so glad there is a sequel to the original.

There are no bad words, though it does have conversations about death.

FOR GUNTER’S EYES ONLY (MINI MOVIE)* –

Johnny and Gunter attend a hypnotist show in Redshore City where Gunter is hypnotized and believes he is a 007 type spy.

Darius messes up his commercial shoot and audition.

OUTTAKES*
MEET THE ANIMATORS
SUPER SING-ALONGS*
HOW TO DANCE & MORE!

Choreographer Sherrie Silver takes you through dance steps inspired by the film –slowing down the process and simplifying just a bit to make sure you get your groove on.

The stars of SING 2 will make sure you’ll have the skills to put together a stage-worthy of Redshore City!

Learn how to create a look that’s out of this world!

Step-by-step instructions for making your own space-age microphone 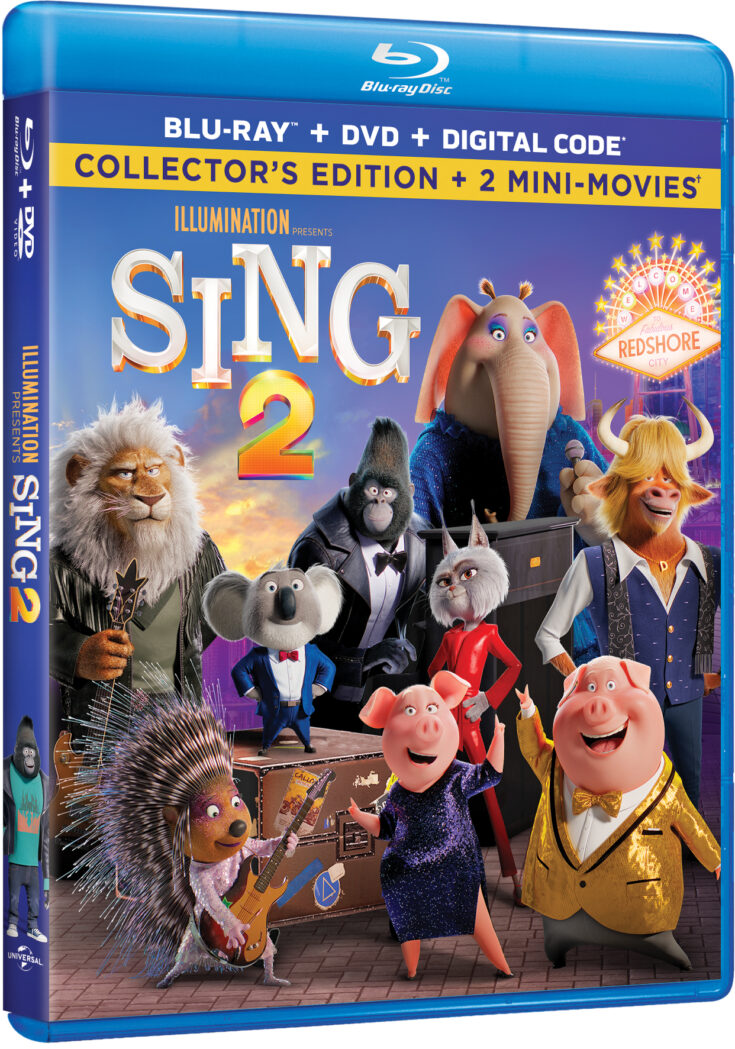 The Voices of Sing 2:

FROM THE DRAWING ROOM

Famed African choreographer, Sherrie Silver, puts the dancers through their paces to create realistic moves in the animated space.

Check out these cameos from some of the friends and family of the SING 2 filmmakers.

ANATOMY OF A SCENE –

The Bus Sequence & The Bicycle

FROM SCRATCH TO VOICE –

A step-by-step look at how voices are added to an animated film.

See some of the stars of the film as they record their songs.

Learn how to draw your favorite characters in the movie!

SING 2 will be available on 4K UHD, Blu-ray™, DVD and Digital.

Enter For the Chance to Win 1 of 5 Sing 2 Digital Movie Codes:

We are giving away five Sing 2 Digital Movie Codes.

Complete the Rafflecopter Below and winners will be notified by email at end of giveaway.