The Croods: Family Tree Season 2 is ready to go back in history with all-new episodes on Hulu & Peacock on April 5!

Dreamworks Animation film The Croods: A New Age, The Croods: Family Tree now continues as The Croods and the Bettermans learn to live together on the most idyllic farm in prehistory.

All-new adventures and new episodes of The Croods: Family Tree land on Hulu and Peacock on April 5, 2022.

Join the Croods and Bettermans for this ever-evolving story, from sparring rivals to unlikely friends.

The two families slowly overcome differences with hilarious misadventures as they turn a divided treehouse into a tree home united.

It’s a Daddy Daughter Day with Grug, Eep, and Sandy.

Meanwhile, Thunk becomes bored with the window-TV options and creates a tad of real-life drama.

Meanwhile, the parents are on a separate staycation.

Will the treehouse be left standing under the kids in charge?

Only prehistoric time will tell. 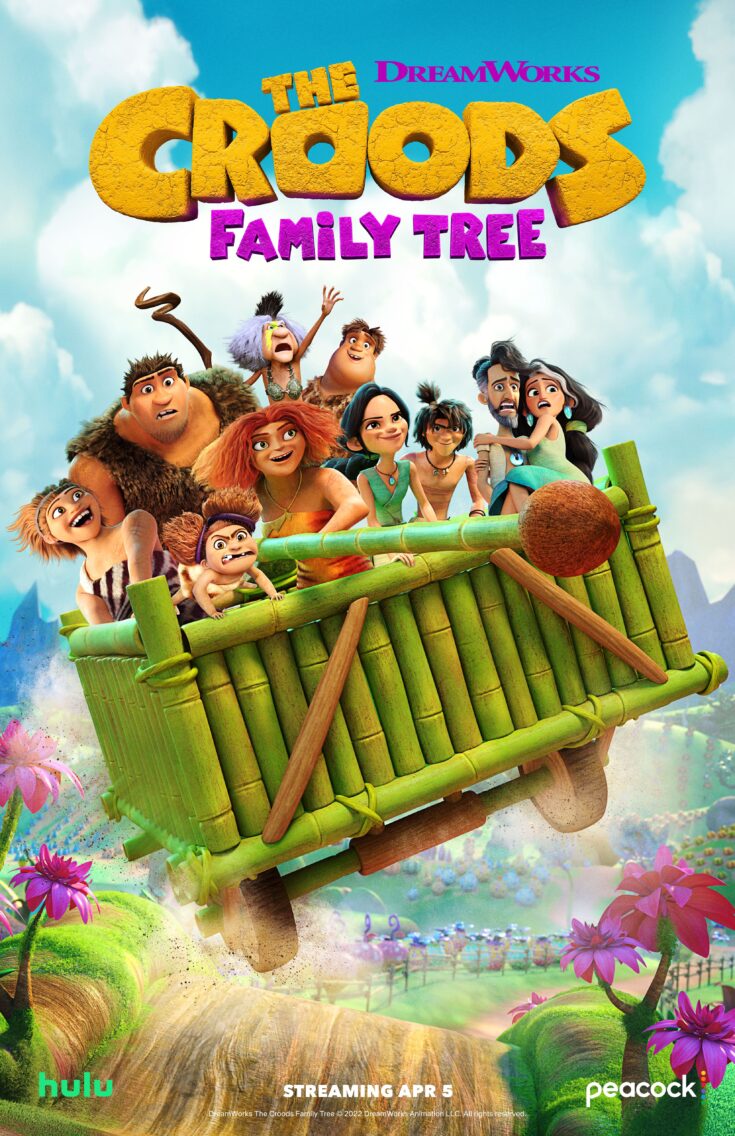 Check out the season 2 trailer below!

DreamWorks Animation is one of the world’s leading producers of high-quality, animated family programming, reaching consumers in more than 190 countries. Creating a diverse array of original content in various formats to deliver deep, fully immersive worlds and compelling characters. Since its inception in 2013, Dreamworks has garnered 27 Emmy®. Dreamworks Animation houses such beloved series as All Hail King Julien, Archibald’s Next Big Thing, Dragons: Race to the Edge, the recently released Gabby’s Dollhouse, and Go, Dog. Go! And other favorites such as Kipo & the Age of Wonderbeasts, Kung Fu Panda: The Paws of Destiny, She-Ra and the Princesses of Power, Spirit Riding Free, The Boss Baby: Back in Business, and The Epic Tales of Captain Underpants
DreamWorks is a Universal Filmed Entertainment Group division within NBCUniversal, a subsidiary of Comcast Corporation.