You May Be A Drug Supplier This Summer, Without Even Knowing It

Home » Health and Wellness » Addiction » You May Be A Drug Supplier This Summer, Without Even Knowing It

My husband and I recently talked about being teenagers and knowing peers who raided their parent’s/grandparents medicine cabinets growing up. We have teenagers and we have mentioned this to them, but will be talking more about it with them.

Times have changed and something not for the better. This form of substance abuse is on the rise among teenagers. Just look at the staggering facts:

*70% of teens who abuse Rx drugs get them from family and friends.
*68% of households do not properly secure their Rx medications.
*Studies show that unmonitored kids are four times more likely to engage in substance abuse.
*The distressing employment market makes it harder for teens to find summer jobs, leading to more boredom, restlessness and free time.
*A new study surveyed 2,500 high schoolers and reported that one in four admitted to abusing Rx drugs.

TIPS FOR PARENTS:
Safeguard all medicines by monitoring quantities and controlling access. Remove drugs from your medicine cabinet and lock them up.

Properly dispose of old or expired medicines in the trash. Hide or mix them with cat litter or coffee grounds before throwing them away.

Don’t have kids at home? What about your grandchildren, nieces and nephews, and your friends’ kids that visit your house?

There’s a great resource that I’m sharing here in hopes that it might be used by others:

Parents can learn more about preventing prescription drug abuse at home this summer by downloading the MEDucation Kit from Lock Your Meds. This resource provides a good dose of knowledge about prescription drug abuse among adolescents. The comprehensive kit teaches parents lessons about the problems of abuse and the solutions available for families.

ABOUT THE CAMPAIGN:
Lock Your Meds™ is the new national campaign from the National Family Partnership (NFP) to inform families that they are frequently the “unintentional suppliers” of prescription medications being abused by young people. The NFP is the largest and oldest drug-prevention group in the United States, and in 1988 developed “Red Ribbon Week” into the annual campaign that now reaches more than 80 million people each year, mobilizing parents, schools, and communities. As the nation’s oldest and largest drug prevention group, NFP is committed to keeping families informed. 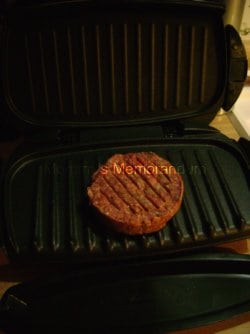 Take a look at this infographic that shows Prescription versus Illicit Drug Use by 12th graders with data from the 2010 Monitoring the Future study:

Drug Use in Today's Classroom http://www.homehealthtesting.com/infographic/teen-drug-use.html

Prescription meds are so easily available and often their theft is unnoticed by parents. Locking your meds is a good idea.

Being on a number of prescription drugs myself, this is something that has crossed my mind more than once. I really need to look into buying a drug safe. I appreciate the information link you provided and will be reading that more closely soon.

Thanks for stopping by my blog earlier and leaving a comment!