Saturday with the Buehner’s

Home » Books » Saturday with the Buehner’s

For many years Mark and Caralyn Buehner have tucked my children in at night, sending their imaginations into gear for a night of perfect dreams. They have been the conversation at our kitchen table during meals and spawned ideas during holiday get-together events. Today was the first day we met them face to face.

Sometimes it seems the Universe sets us up for amazing things. This week was one such experience.

Thursday, we attended SEP Conferences. I was a very proud Mom when The Divine Miss M revealed a picture she had drawn and a story that caught her imagination in full force. It was her own version of one of our favorite books, Snowmen at Night by Caralyn Buehner with illustrations by Mark Buehner. 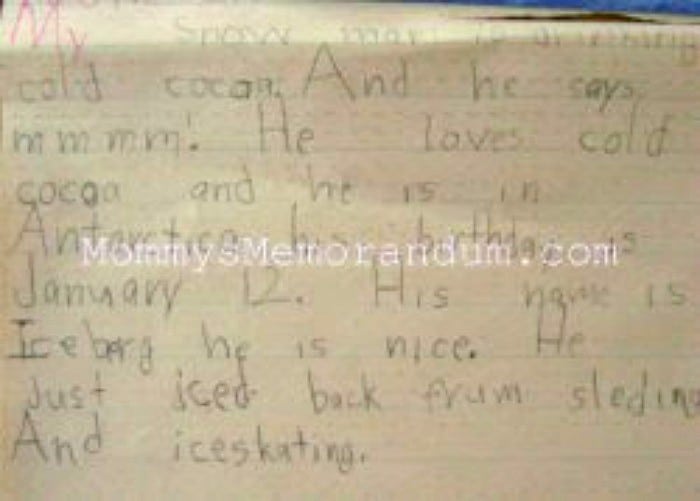 Yesterday, I picked them up from school and let them know that tomorrow I had a great surprise for them. I told them we were going to meet the Buehners. I said nothing more. The Divine Miss M was curious enough to do an internet search and with a shrill squee came running upstairs to ask me if I was serious and “can I give them my Snowman at Night picture?”

From there she *had* to call Charlotte the Great to see if she wanted to come with us to meet her favorite author and illustrator. Grandma said it sounded like fun.

This morning the kiddos woke up and were eager to leave….at 6:30. We did our chores and then headed out for our adventure.

We arrived early and the children enjoyed exploring JouJou’s, a fabulous toy store with so many unique and inspiring ideas. Thirty minutes before it was time, they insisted we claim our seats, “we want front row!” Patiently they waited. The Divine Miss M asked if she should give the picture to them right away or wait until after the presentation. I left it up to her.

When the Buehners arrived, no spotlights shot from the heavens. There was no theme music. They were, by all appearances, ordinary.

The Divine Miss M presented them with her gift.

These two individuals, ordinary, by all accounts, became incredible. They took the time to look at her work. To read the story she wrote; to talk to her. Her smile broadened and she felt warm from their encouragement. 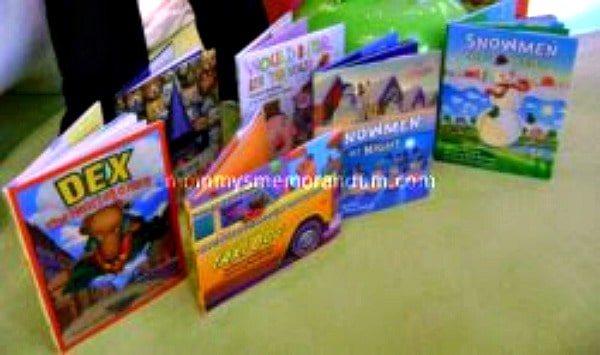 They set up their books and whispers in the audience gave secrets as to each person’s favorite.

Then the program started. It was laid back. It was like having the Buehners over for an afternoon of “cold cocoa” and discussing things we love. 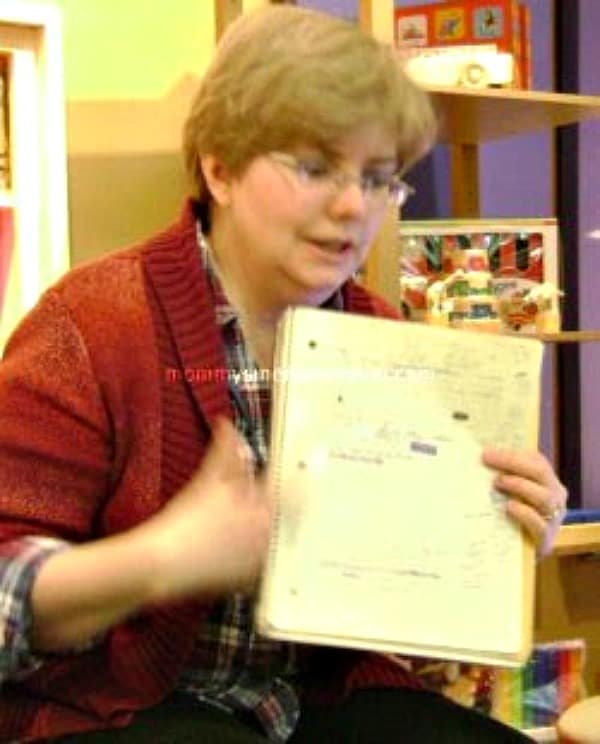 Mrs. Buehner began by talking about how she creates the story. She shared with us her personal notebook where there were rough drafts that eventually lead up to the final version before she typed it on the computer.

She suggested they start some ideas for a story so Mr. Buehner (she calls him Mark) could illustrate for us. Looking for suggestions from her audience, The Divine Miss M thought we should write a story about snowmen! Imagine that!

Once we had our character, a snowman, Mrs. Buehner was looking for his adventure. Li’l Man suggested, “He melts”. She went with that using imagination to place him in the desert of Arizona.

Mark Buehner explained the process of being the illustrator. For example, did you know the illustrator determines the shape of the book? He talked about the first book he illustrated, The Adventures of Taxi Dog. He wanted the cover to look like a car so he chose a long rectangle shape.

Then he took to the easel. He talked about different ways to draw the same thing. Angles and demonstrated them.

Here he draws our snowman in the desert from a mouse’s eye view: 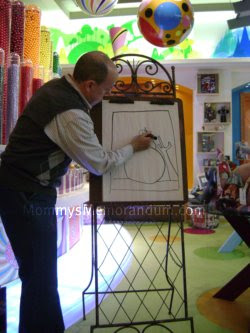 When the rough sketch was complete it looked like this:

snowman from a mouse’s eye view

Mrs. Buehner then shared about their daughter moving to Arizona and reporting that she finds scorpions in her apartment! Mrs. Buehner shared that she had recently seen her first scorpion so she encouraged Mr. Buehner to draw the snowman with a scorpion! Here he draws from the angle of looking down on the scorpion:

With prompts from his wife, Mark Buehner draws a snowman and a scorpion

From there, the author, Caralyn, suggested we get our snowman out to the desert. That translated to this for Mark:

the snowman in the desert

He added a car because the snowman had been driving it and staying in the air conditioning to keep from melting!

It was then time to end our story and using Li’l Man’s suggestion, our snowman began to melt.

Just like the author’s transition from a “sloppy copy” to the final work, an illustrator’s work transforms the same way. From the rough sketches, they become a “copy book”:

Mark Buehner shows a “copy book” of his illustrations

Once the editor sees the “copybook” they make suggestions for changes.

Here Mrs. Buehner holds the finished book while Mr. Buehner shows how the copy book looks. Notice the pages have been swapped so the characters in the picture are now looking ‘into’ the story:

Once the sketch is complete, an illustrator adds the color. Mr. Buehner paints his sketches, sometimes taking up to a year to complete. Here he shares with us how, without telling his wife, Caralyn, he put in the grass, “I love you, Caralyn” in the book, Snowmen All Year.

Mark Buehner shares his hidden “I love you” to his wife

Mrs. Buehner shares a finished illustration from one of the Snowmen books, notice the Dex dog costume?! Clever!

Once it all comes together, the publisher prints the entire book out on a large piece of paper that looks like this:

A print out from the publisher of the finished book

Then came a moment that even I had to squee! Caralyn Buehner read to us from her book, Would I Ever Lie to You? It is my absolute favorite children’s book. I love the rhyme and the story is so hilarious!

Caralyn Buehner reads, “Would I Ever Lie to You”

Hear and see her enthusiasm and storytelling come to life in the video.

Worthy of an encore, the Buehner’s share the story behind, Snowmen at Night and then read to us again!

Hear this story that was an instant favorite at our house and the beginning of the snowmen series.

Then, without prompting, this couple who wowed us throughout the presentation, and were captivating, shared The Divine Miss M’s snowman picture and the story she had given them prior to the group arriving. It was a proud moment as mom and The Divine Miss M is still on Cloud Nine!

There were questions and answers with the Buehners.

The afternoon couldn’t have been more perfect.

That is until they opened it up to book signings:

Caralyn Buehner signs one of her books

Mark Buehner signs a book for a fan

The Buehner’s took time for pictures and conversation with their readers: 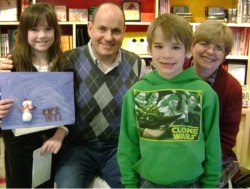 The Divine Miss M and Li’l Man with their bedtime story creators, Mark and Caralyn Buehner

These two ordinary people took a moment and became extraordinary people in an incredible moment. As if the signing wasn’t enough, they took the time to interact with the children. Here Mark Buehner autographs a sketch from our story creation for Li’l Man:

While he was on the floor, he also took a few seconds to draw the infamous Snowman that rests in the pages of the Snowman series.

From the moment we walked out of JouJou’s this time spent with the Buehners was the chatter. Li’l Man wants to be an illustrator; he “just has to find someone to write the words”. The Divine Miss M feels she’s famous now since her favorite author and illustrator shared her work.

Even Charlotte the Great was cooing about how interesting the presentation was and how she needed to get her hands on those books because she had so enjoyed the story time!

In between the gushing, Mom was told to stop and get some frames for their keepsakes. We did and just when it starts to lull and fade into a memory, the children walk into their rooms and see these sketches by Mark Buehner and their love of reading and this Saturday with the Buehners begins anew.

Li’l Man with his autographed sketch from Mark Buehner

About Mark and Caralyn Buehner:

Mark and Caralyn Buehner are a writer/illustrator team that has been working together for more than 20 years. The well-known children’s novels: “Fanny’s Dream,” and “DEX: The Heart of a Hero,” are among the many books they have published.

*We attended the free Children’s Book Author and Illustrator Series hosted by The Grand America Hotel. Learn more about these events here. 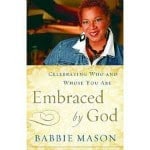 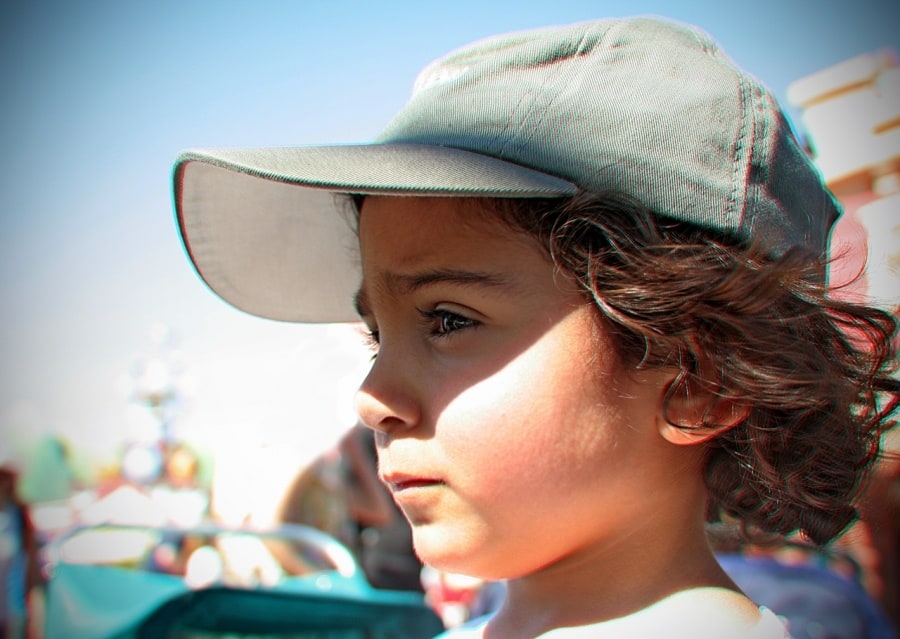 Helping Your Kids Deal With Social Anxiety
Read Next Post →

When my daughter gets older, I would love to take my daughter to events like that. I surprised my husband to a book reading/signing of his favorite author for a new book that was being released, he was almost giddy! The author was also amazing and they had a great conversation together. It's a great experience for all to meet the authors of our favorite books!

Such a wonderful opportunity. What a great day!

Looks like a lot of fun! I don't have any kids of my own (yet) but my godson absolutely loves stuff like this :)

Sounds like a unique, fun day. I will check out their books for sure.

How touching when someone takes an interest in our children. Beautiful documented encounter.