The Secret Life of Pets A Hilarious Family Movie Night

This post for The Secret Life of Pets is in partnership with Universal Pictures Home Entertainment.

The Secret Life of Pets is a movie that fits into my family. Since we have brought Bailey Mae home, the kids and I try to imagine what her voice would sound like if she were human.

We are pretty confident it would sound a lot like Bernadette’s from The Big Bang Theory.

Then there’s Jeb, our rescue dog, who is ever so sweet. We think he sounds like Andy Griffith.

On occasion, we have come home to discover ALL of the dogs’ toys scattered across the living room. When we ask the dogs, they avert their eyes as if saying, “I don’t know what you’re talking about”; ironically, they don’t get the toys out if anyone is home!

We received The Secret Life of Pets in partnership with Universal Pictures Home Entertainment and the kiddos put on their pet pajamas–a unicorn and a bulldog and then insisted it was Family Movie Night! 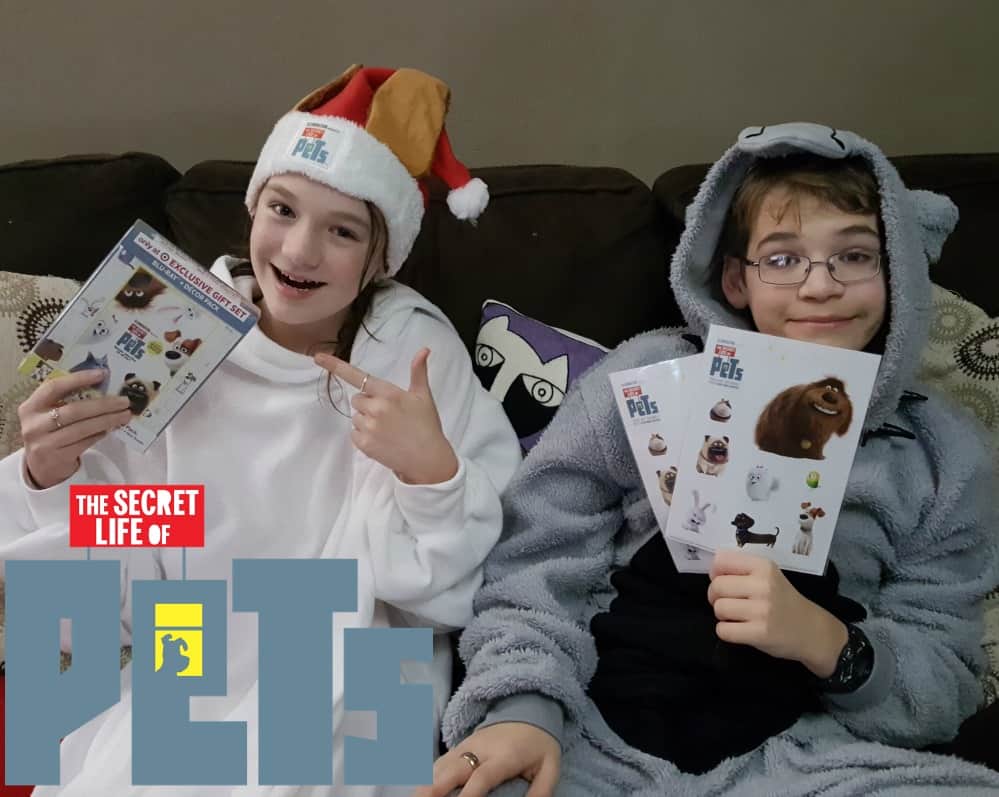 As we gathered everyone around, I walked into the bedroom to let my husband know we were starting and caught Bailey Mae walking his arm like a tightrope. 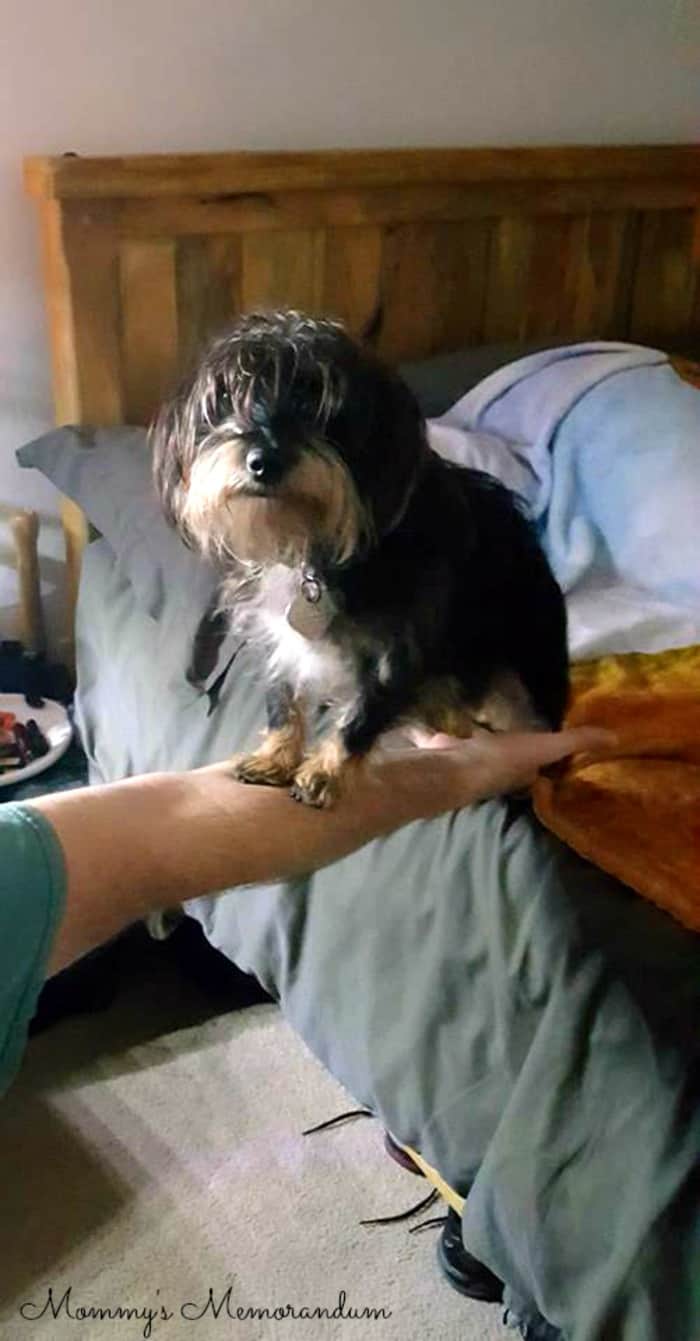 So we hit play. 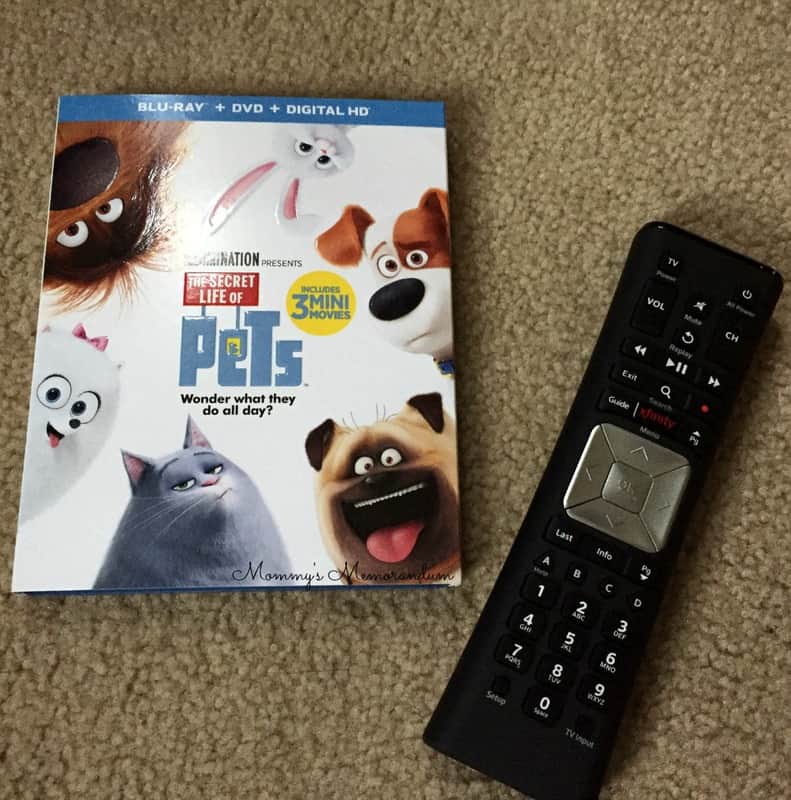 Taylor Swift sings “Welcome to New York” as the movie begins and we observe pets with and without their owners in a Manhattan apartment building.

We watch as the two-legged residents head out the door for work and school. It’s here the pets gather, starting their day of hanging out, swapping stories, and practice looks that are sure to end with rewards of dog treats! 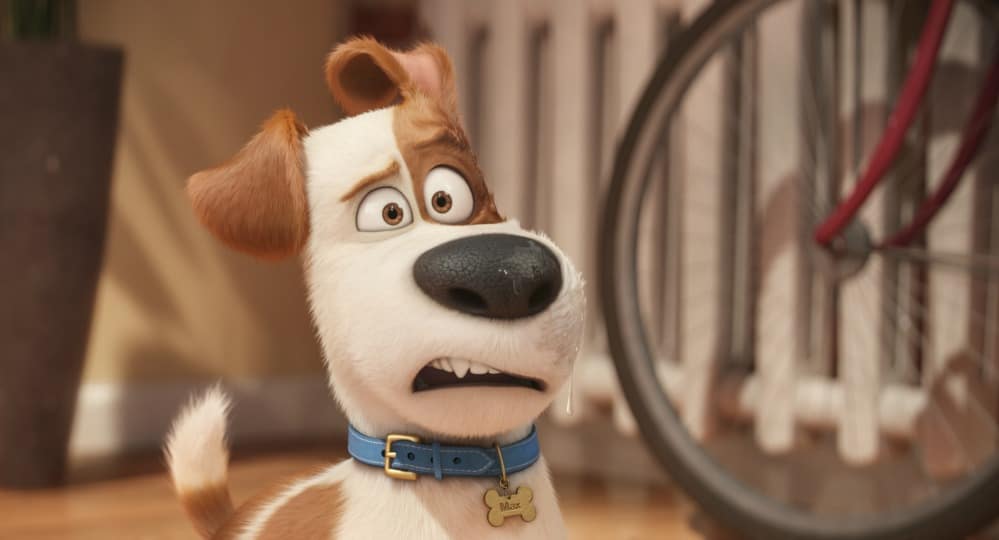 The main character is a terrier named Max (Louis C.K.), whose place as the core of his owner’s universe is in jeopardy thanks to a rescue dog named Duke (Eric Stone Street from Modern Family). 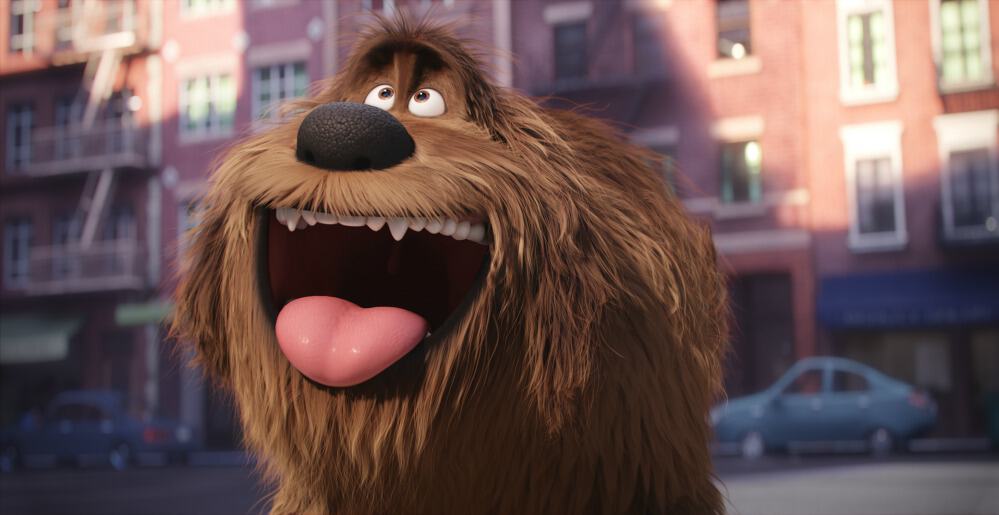 It’s rivalry at its best as each tries to claim the title of “Alpha.”

In the struggle for the title, the two find themselves together on New York streets, where they meet a few cats. It’s like West Side Story with cat vs. dog until the dog catcher shows up.

A few wrong turns and Max and Duke are prisoners of the Dog Catcher. While traveling to their holding cells, they meet an adorable white bunny named Snowball (Kevin Hart). Turns out, judging a rabbit by his cuteness isn’t wise. Snowball is the leader of a pet army, all members abandoned by humanity. They have a vendetta against humans to settle.

The Shenanigans had everyone at my house laughing out loud. It helps that the voice cast are funny people. A dachshund (Hannibal Buress), a white, fluffy Pomeranian (Jenny Slate), a conniving hawk (Albert Brooks), and Lake Bell (a cat). There’s also Katie, Max and Duke’s human, played by Ellie Kemper! 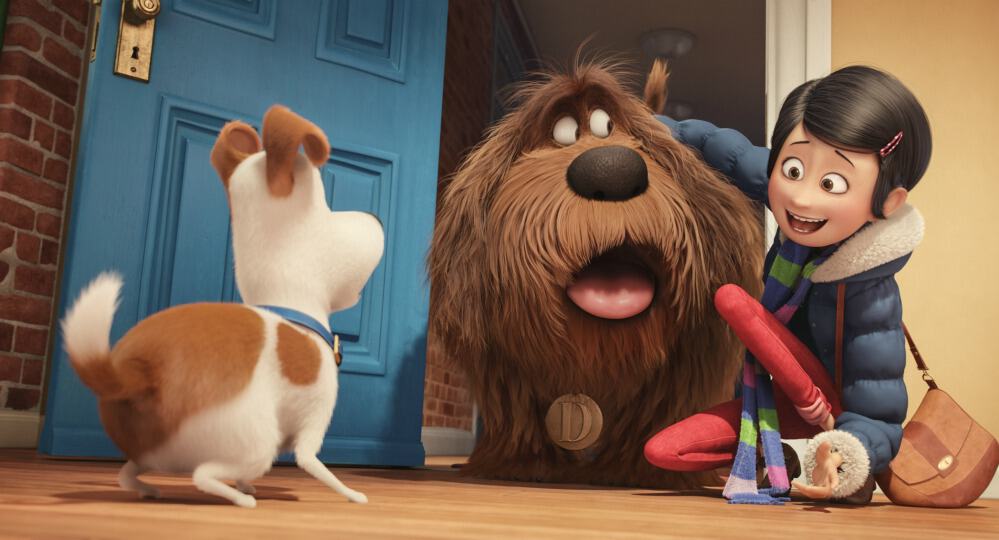 The Secret Life of Pets, from the humans behind Despicable Me, offers a menagerie of animals, covering all pet lovers from guinea pigs, parakeets, lizards, pigs, and more. These side characters are great additions to the story centered around the dogs.

There are so many moments in The Secret Life of Pets that had someone in my family laughing out loud. My son loves the scene where a large French Poodle is sitting prim and proper listening to Classical Music and suddenly changes the dial on the sound system blasting heavy metal!

My daughter loves the massage blender scene with the dachshund.

My husband’s favorite is the adorable fuzzy rabbit and its level of anarchy. 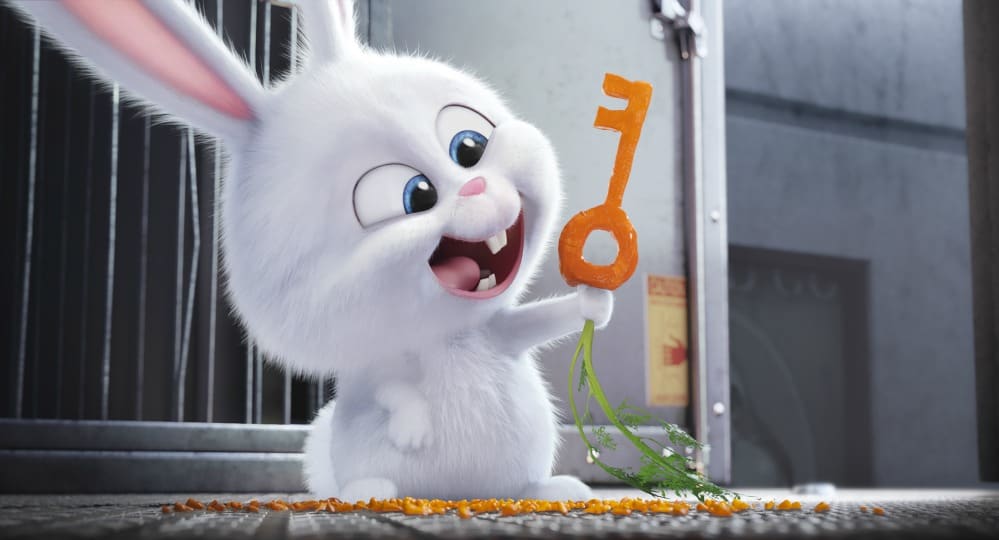 I couldn’t stop laughing with the old, paralyzed Basset Hound takes the gang on a “short-cut.”

Mostly we love that The Secret Life of Pets is a movie that captures our imagination about our pets while we are away from home. It unveils personalities we identified in our two dogs, and the office cat Jinx. It made us laugh out loud and then laugh more boldly at the fact the pets pretend they have been waiting for us the entire time we were gone–except cats–they sort of do their own thing!

The movie is fast-paced with plenty of action, filled with a barrage of jokes that fit the storyline and don’t seem to be trying too hard.

Pick up The Secret Life of Pets. It’s perfect for Family Movie Night and makes is a great holiday gift idea!

The Secret Life of Pets (rated PG) with 3 Mini Movies now on Blu-ray & DVD, including a Target Exclusive Combo Pack, is filled with imagination, humor and great characters that will have you coming back for a second viewing!

Mommy’s Memorandum is not responsible for prize fulfillment. 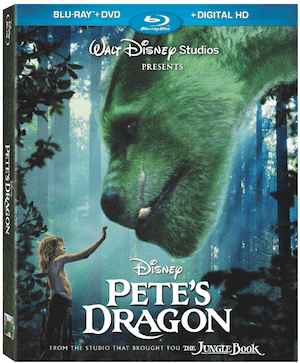 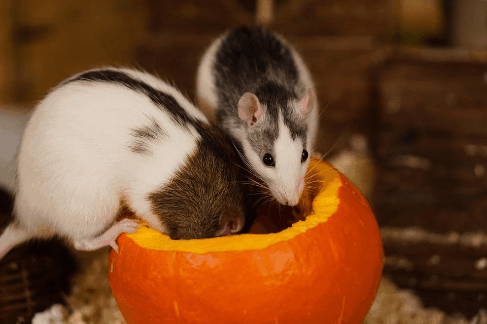 Pest Control Services That Get The Job Done
Read Next Post →

My dogs sleep on my pillows and roll around in my bed when I am gone!

My pets lounge around when we are not home.

I honestly think my cat sleeps when i am gone. He loves sleeping during the day

Sleep most of the time.