I know. I know. Boiling eggs is not hard. It’s actually easy, but with Instant Pot Hard Boiled Eggs, there is no guesswork. They come out perfect every time–even better, they peel easily. 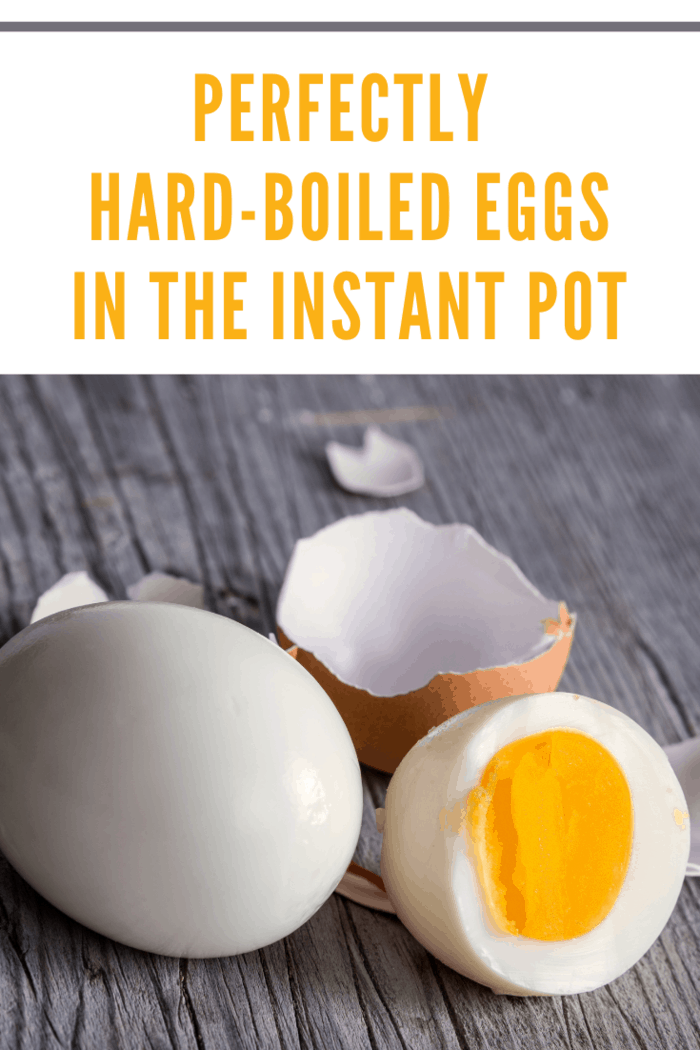 What that translates to is: 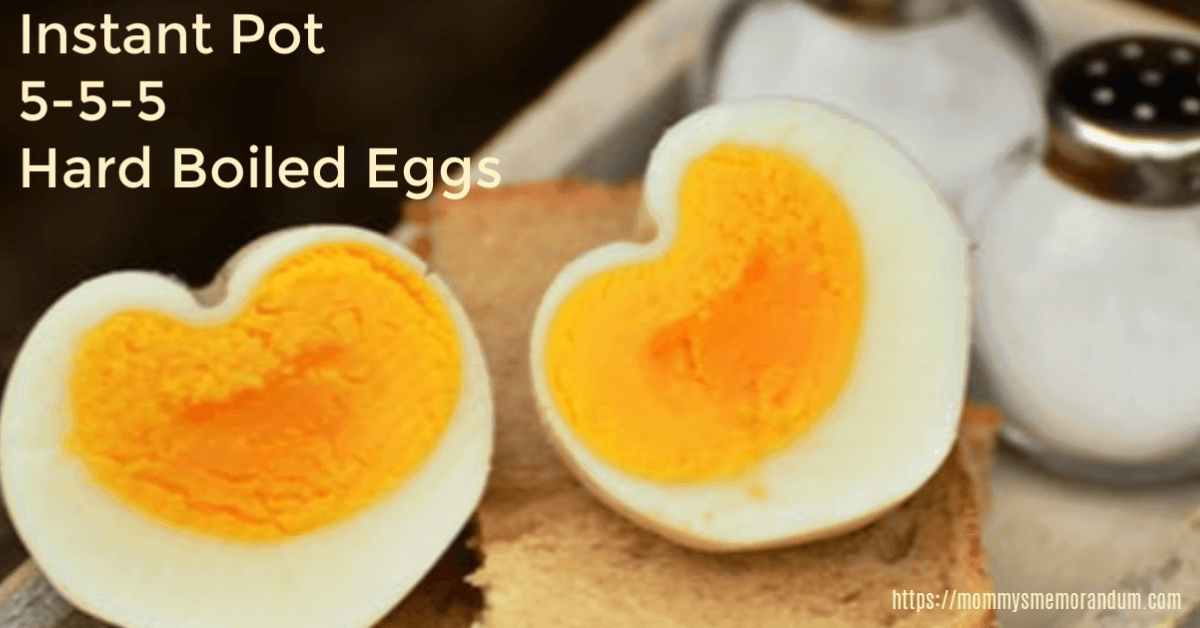 Just add your eggs to the Instant Pot. I use the trivet.

Pour one cup of water into the pot. 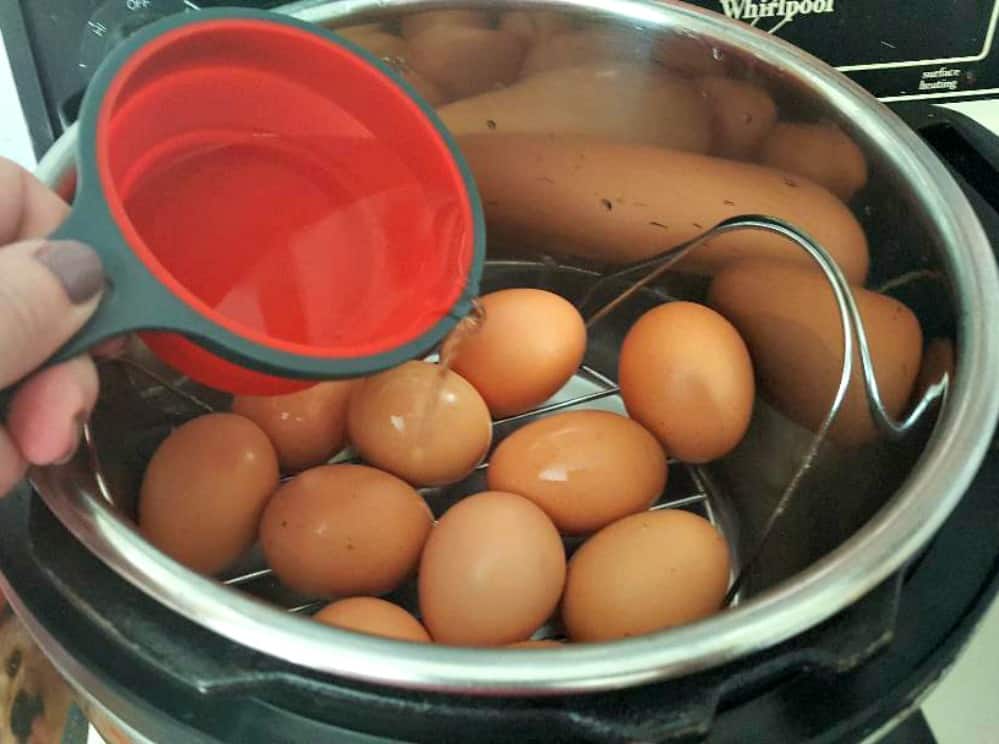 Close the lid, set for 5 minutes at high pressure. 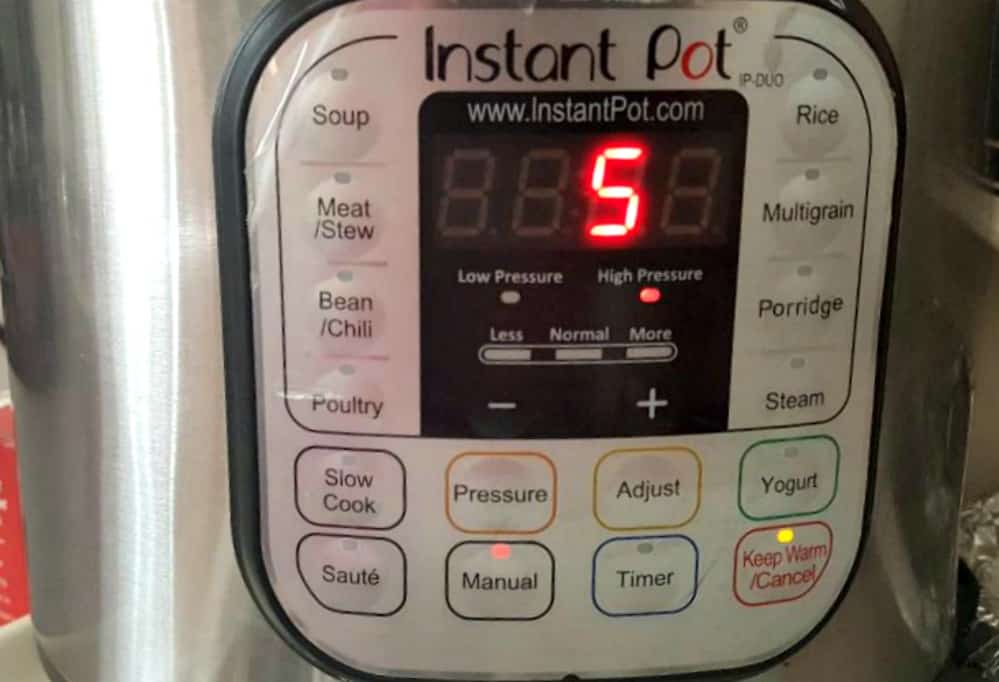 When the Instant Pot beeps, let it naturally release pressure for 5-minutes.

We’re in it about 15-minutes at this point.

Immediately place the hot eggs into a bath of cool water.

This will halt the cooking process of the eggs. (This is where MacKenzie had issues. She waited a little bit before moving the eggs. They are fine, they just have that blue-gray ring around the yolk). 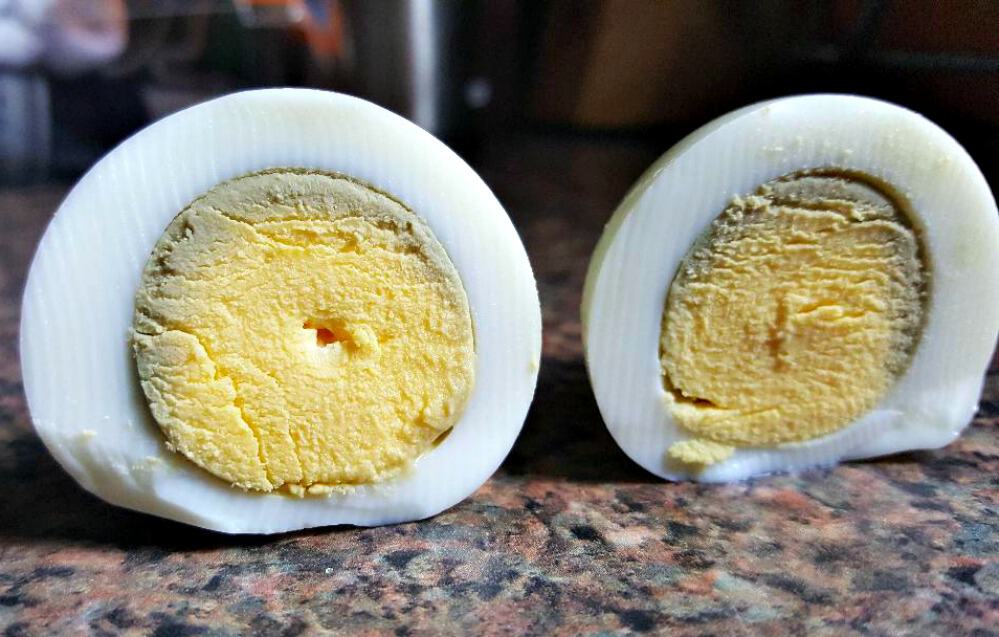 Then you just peel.

I seriously crack the shell on the counter and pull it apart and the shell comes off in two complete parts. 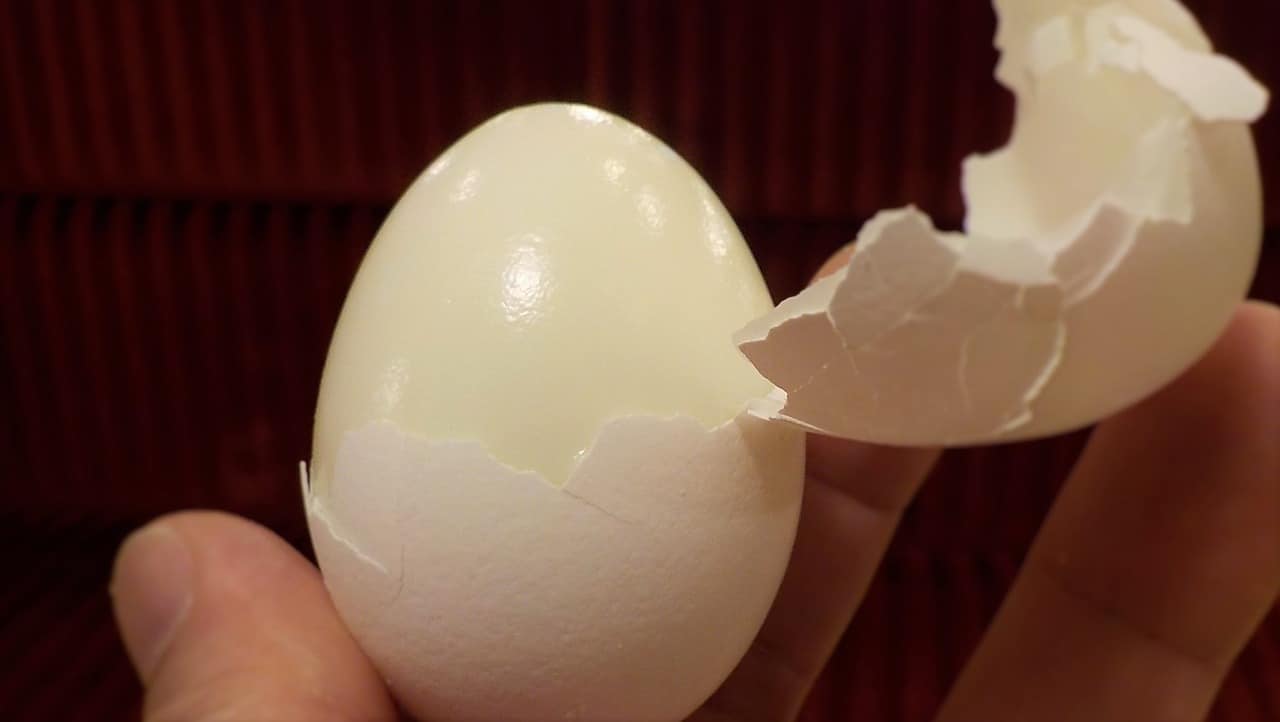 I make a dozen hard-boiled eggs in the Instant Pot every weekend.

My family snacks on them throughout the week.

They are handy to have on hand for salads, after-school-snacks, and breakfast on the go!

It’s so easy to make hard-boiled eggs in the instant pot!

You are definitely going to want to make this Instant Pot Potato Salad.

Here are some EGG facts to read while you make perfect hard-boiled eggs in the Instant Pot:

Eggs can last over 6-months when stored properly.

Fresher eggs are harder to peel when they are hard-boiled. Buy eggs 10 days to 2 weeks before boiling them. They will be easier to peel when you want to eat them. Eggshells “breath”, over time the area between the membrane and shell increases, making eggs easier to peel.

May is National Egg Month In the USA.

To tell if an egg is raw or hard-boiled, spin it. The solid hard-boiled egg will spin easily. The liquids in the raw egg will make it wobble.

It is said an egg will stand on its end during the vernal equinox. 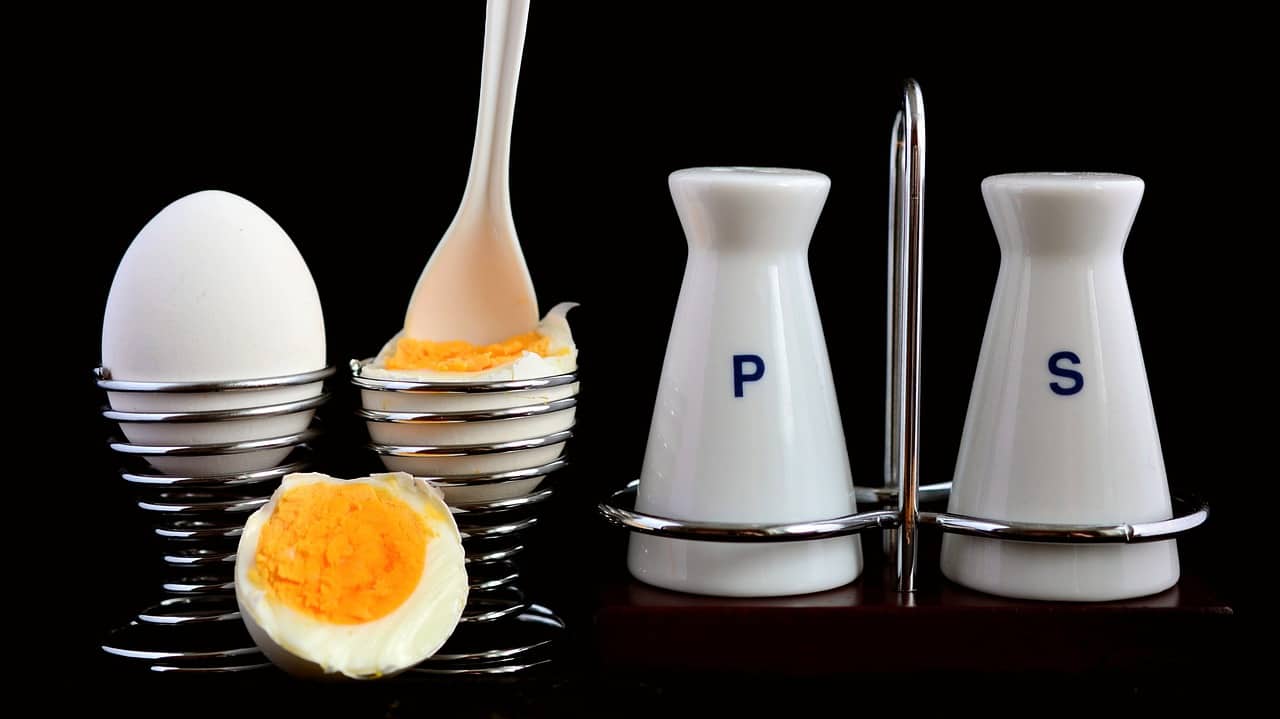 Forget the Golden Goose, in 1290, King Edward I ordered 450 eggs to be gold-leafed and colored to use as Easter gifts.

The largest Easter egg ever made, according to the Guinness Book of World Records, was just over 25-ft high and made of chocolate and marshmallow. The egg weighed 8,968 lbs. and was supported by an internal steel frame.

Andrew Johnson was the first U.S. President to hold an Easter egg roll for children on the White House lawn.

The Easter egg roll on the White House lawn has been a tradition since 1878.

In the spring of 1878, nearing Easter, President Rutherford B. Hayes was taking a walk, when a group of children asked if they would be allowed to roll eggs that year. President Hayes did not understand the children’s inquiry. He asked around in the White House and discovered what the children meant.

An official order was given and children have been rolling Easter eggs down the south lawn ever since.

Right from ancient times, egg has been regarded as a symbol of rebirth in most of the cultures

The customary act of painting eggs is known as Pysanka.

The custom of giving eggs at Easter dates back to the time of the Egyptians, Persians, Gauls, Greeks and Romans

Egg, bonfires & candles, lily, cross, palm, bunny and lamb are the most popular symbols of Easter.

Egyptians were initially the ones who exchanged eggs to symbolize the resurrection of Christ. It was later that the tradition was passed down to early Christians.

In medieval times, a festival of ‘egg-throwing’ was held in church. The priest would throw a hard-boiled egg to one of the choir boys, and then tossed from one choir boy to the next. When the clock struck 12, whoever held the egg, was the winner and got to keep the egg.

Easter eggs is another term for hidden bits of code programmed into computer software. 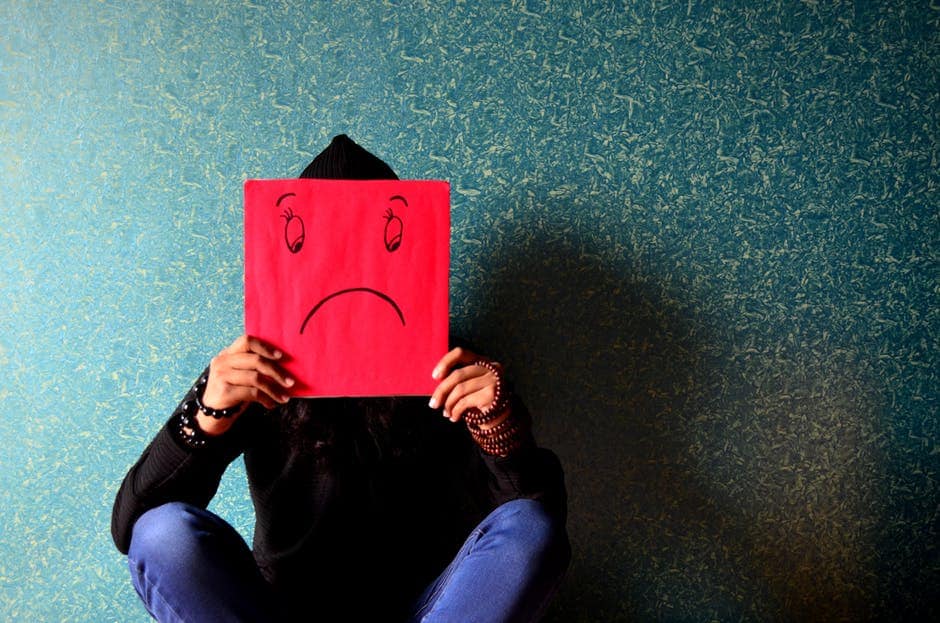 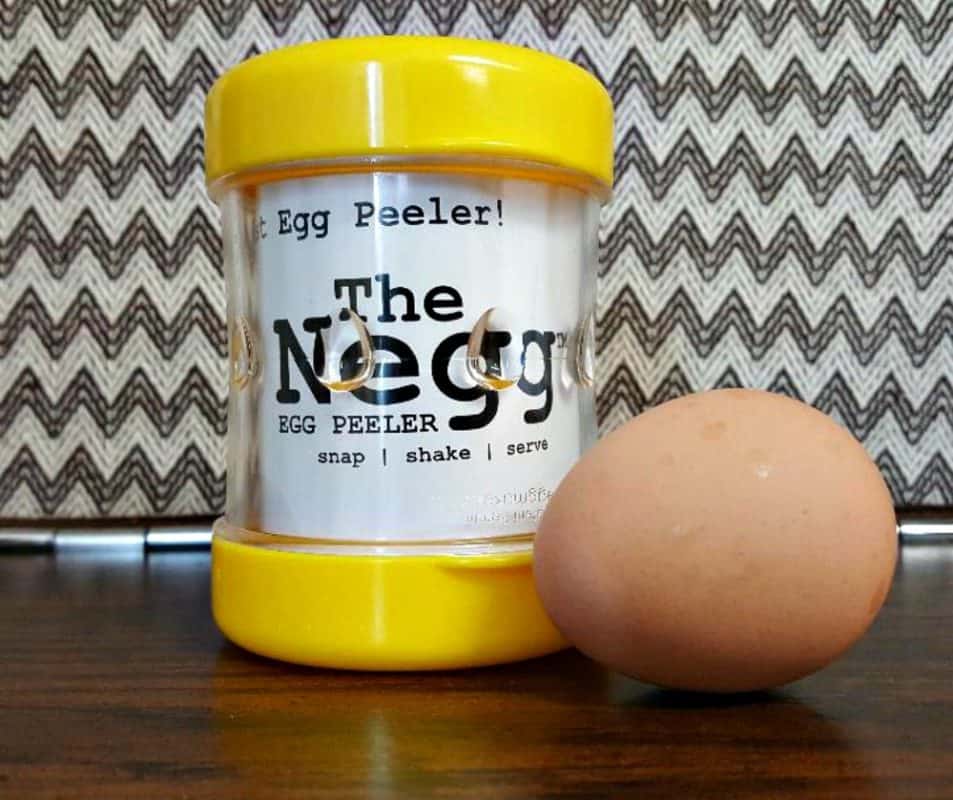 The Negg is a Clever Plastic Egg Peeler
Read Next Post →

Just did the hard boiled eggs,No better than the old way boil in a pot and put in cold water and peel. Old way was even easier less prep time.

I have to get an instant pot because it takes a long time to cook eggs on the stove top. Cooking hard boiled eggs in the Instant Pot is amazing!

You need an instant pot, Julie!