Lucky for you, we’ve got the perfect way to share the love while celebrating the upcoming release of the Avatar: The Last Airbender 15th Anniversary Steelbook Collection!

Simply print out these adorable Valentines to let the Avatar fans know that you love them more than Cabbage Man loves his cabbages! No secret, secret, secret underground tunnels required!

How do you say I Love You to an AVATAR fan? Print out these Valentine’s to find out! Download these Avatar Steelbook Valentine Cards 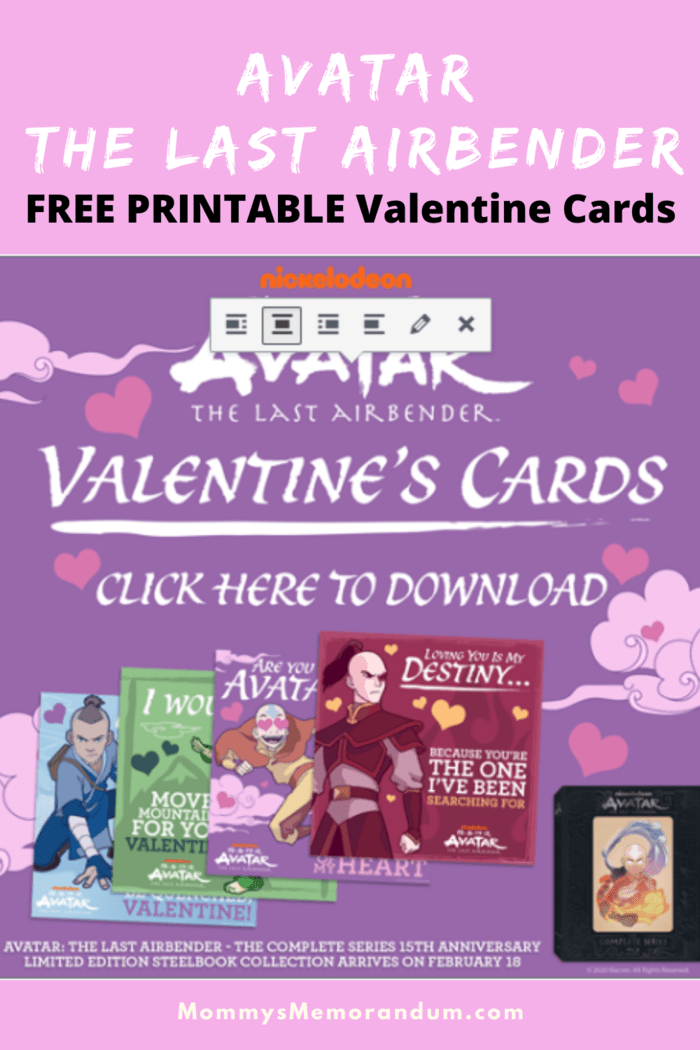 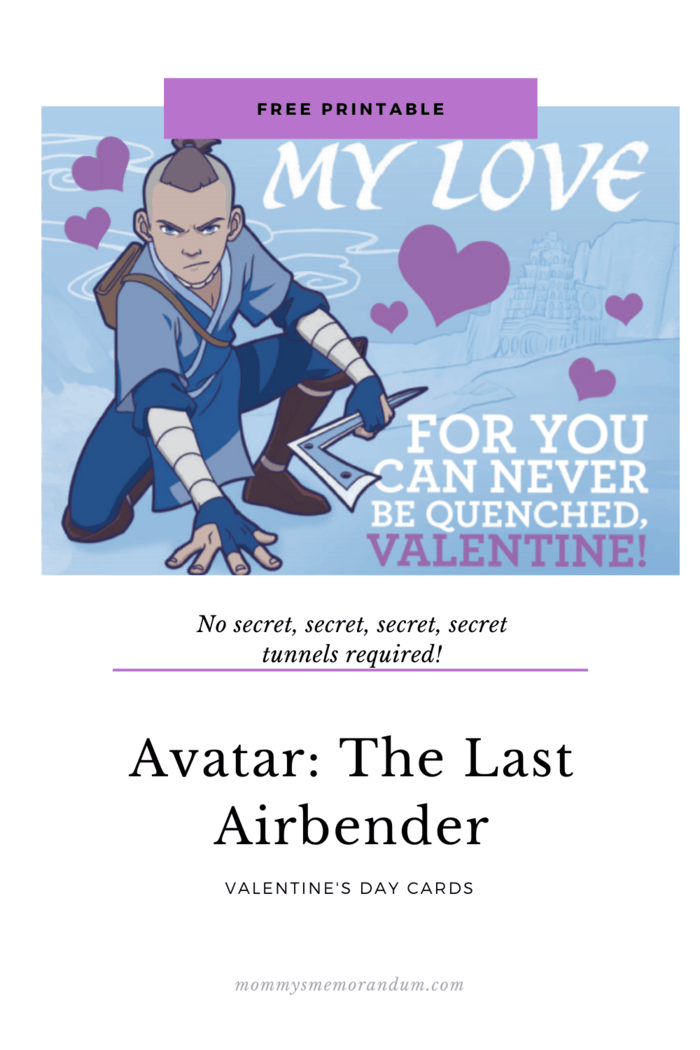 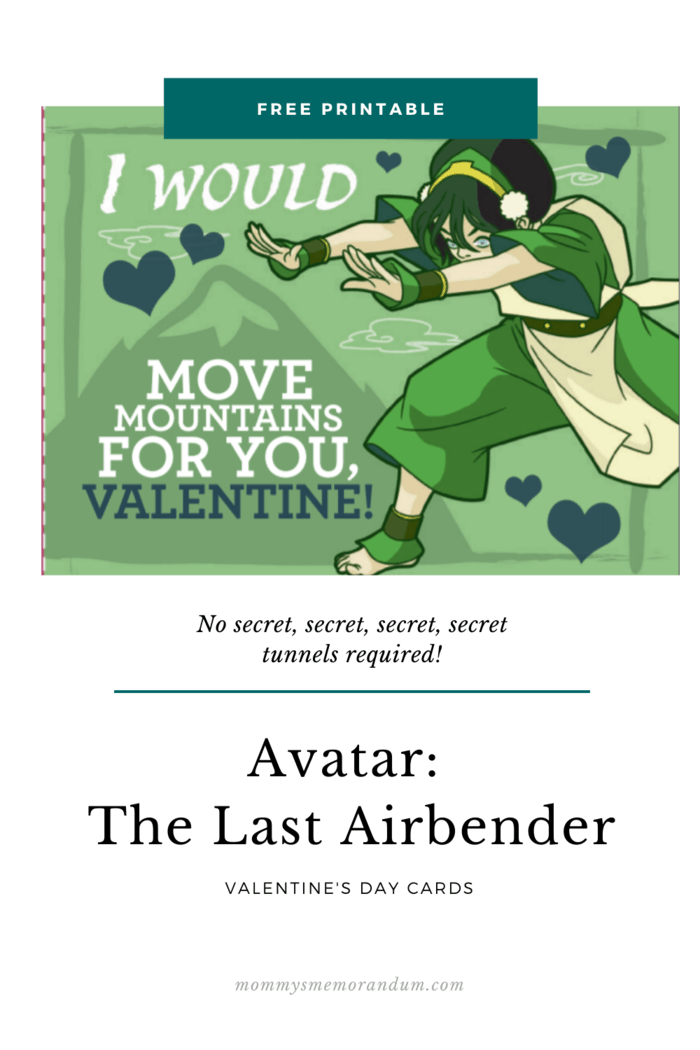 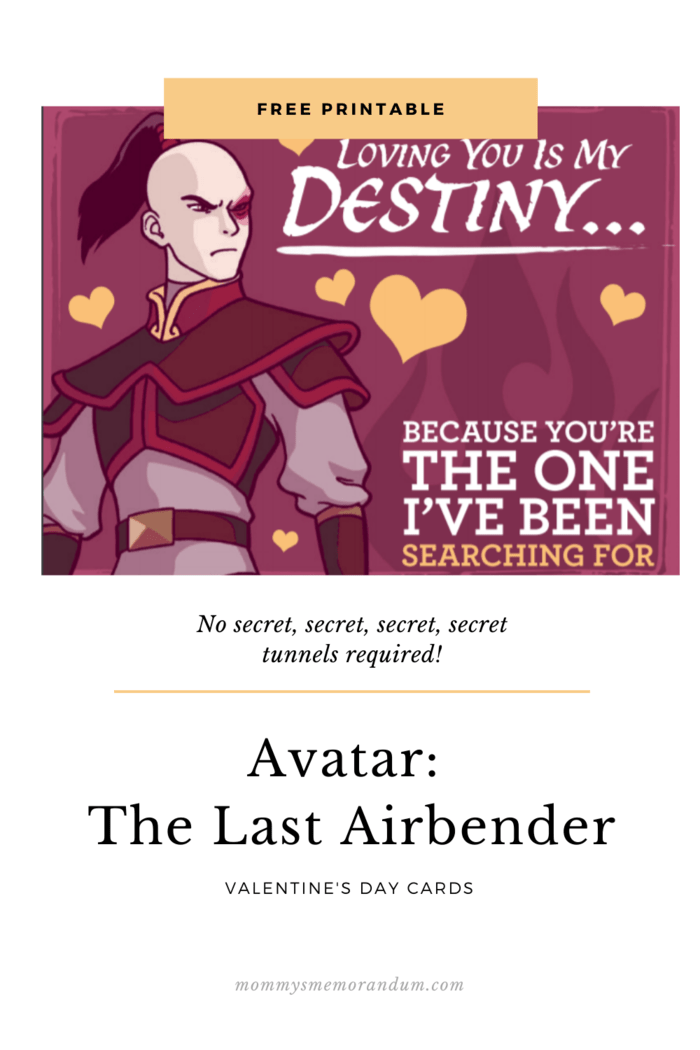 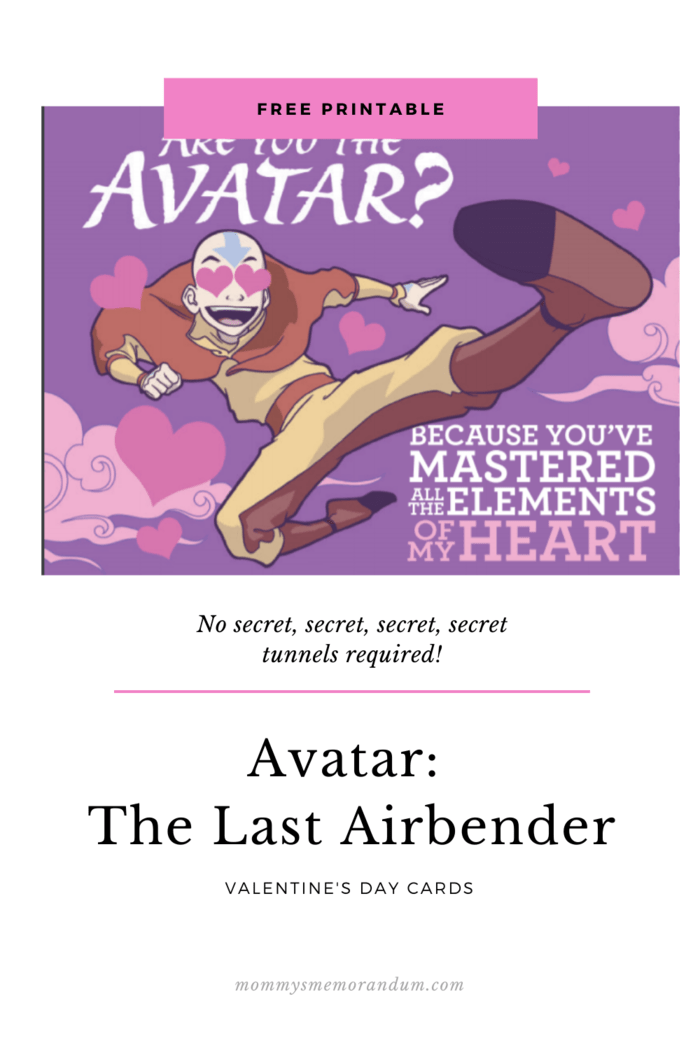 The series is being launched as The Complete Series Blu-ray 15th Anniversary Limited Edition Steelbook Collection, which arrives on February 18, 2020.

The steel book collection will feature new artwork by Caleb Thomas in the three books, with each book featuring a different element (Water, Earth, and Fire).

The covers will combine to create a stunning triptych.

Artist Caleb Thomas was handpicked to design the limited edition cover by the series co-creator Bryan Konietzko, a fan of Thomas’ on social media.

The collection’s production run will be limited to 20,000 units.

About Avatar The Last Airbender:

Airing on Nickelodeon between February 2008 and July 2008, Avatar: The Last Airbender won many awards, including:

The series features an iconic blend of anime and traditional animation, alongside a talented voice cast including:

The fan-favorite series has spawned a beloved animated sequel series, The Legend of Korra, as well as an upcoming live-action remake (with its original creators) to be produced for Nickelodeon and Netflix. 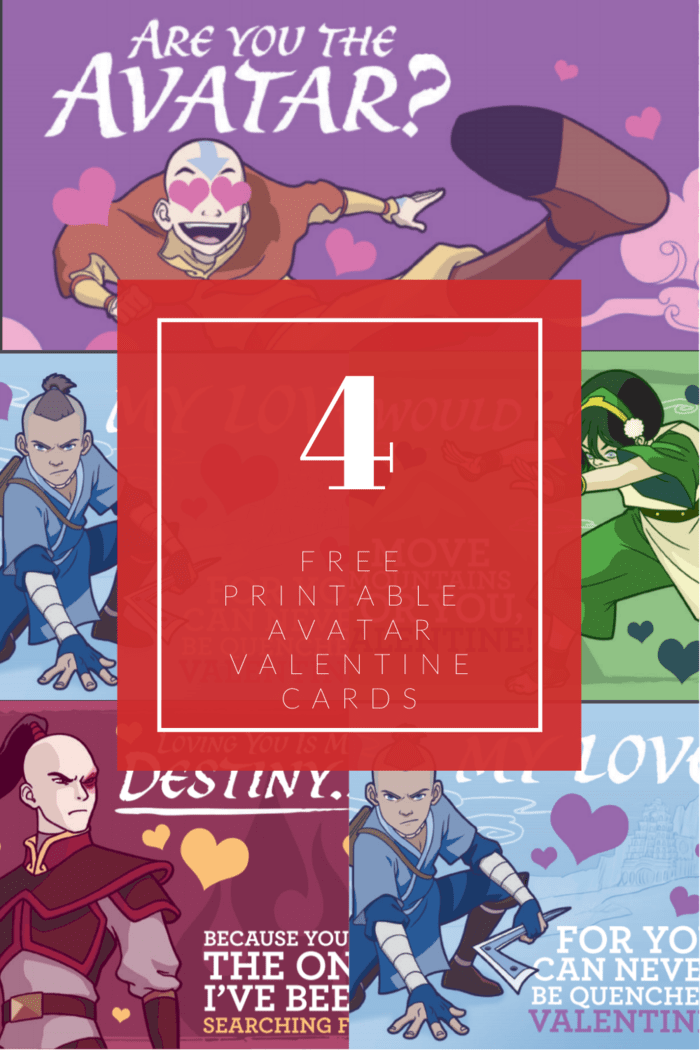 Water, Earth, Fire, Air. Four nations. One war-torn world. Celebrate the 15th anniversary of the epic saga, Avatar: The Last Airbender, with this 3 SteelBook® collection, featuring all-new art for each book! Go back to the beginning to experience the animated series that quickly became a phenomenon with a huge fan base that spans the globe! This complete collector’s edition includes all three powerful books: Water, Earth, and Fire.

We hope you enjoy these Free Printable Avatar: The Last Airbender Valentine Cards.

The Website uses Mediavine to manage all third-party advertising on the Website. Mediavine serves content and advertisements when you visit the Website, which may use cookies. Mediavine may collect IP addresses and location to serve personalized ads.  If you would like more information about this practice and to know your choices to opt-in or opt-out of this data collection, please visit http://www.networkadvertising.org/managing/opt_out.asp.
Necessary Always Enabled
Necessary cookies are absolutely essential for the website to function properly. This category only includes cookies that ensures basic functionalities and security features of the website. These cookies do not store any personal information.
Non-necessary
Any cookies that may not be particularly necessary for the website to function and is used specifically to collect user personal data via analytics, ads, other embedded contents are termed as non-necessary cookies. It is mandatory to procure user consent prior to running these cookies on your website.
SAVE & ACCEPT
3 shares
error: Content is protected !!