One band that seems to have withstood the test of time defined longevity and continues to entertain is Bon Jovi.

Tuesday night, fans packed the Time Warner Cable Arena for a night that rocked the rafters.

As show time grew closer, rain drizzled, while the line to enter the stadium wrapped around the venue.

Inside the arena bustled with fans sporting Bon Jovi apparel, big hair and electrifying excitement as seats were taken and the sound crew did last-minute adjustments. It was a full house.

At 51, Jon Bon Jovi stepped onto the stage as the magnetic front-man he has been for nearly 30 years.

There were songs for the generation that remembers the band with long hair and spandex, music that crossed the band over to Country Music charts and previews to the soon-to-be-released album Because We Can. Richie Sambora, Jon’s wingman, stood out as the guitarist, and Jon even picked up a guitar and played lead for a couple of songs.

The concert proved why Bon Jovi is still around, long after the other 80’s bands have broken up.

They truly love playing for their fans.

They love each other.

They have a banter between them that makes it feel like being with family.

Having been a follower of Bon Jovi, song after song was like stepping into the pages of their personal life.

Tears trembled in my eyes and Jon and Richie positioned themselves on the half-circle in the audience and played I’ll Be There For You.

It’s what brotherhood looks like in front of thousands. In a tender moment, Jon, sang one of the band’s new songs, “Amen“.

The spotlight highlighted his sincerity.

The song’s lyrics filled the stadium with a melody that seemed to move the audience.

His blue eyes reflected his appreciation for every fan in the arena.

He serenaded every woman in the house with Bed of Roses, making each feel as if the song had been written for them. In a moment of entertainment, Jon strutted on the pillars behind the band and announced he was there to make the “ladies scream”–and scream they did!

The stadium rumbled as the band dusted off the vinyl and played the show old school with You Give Love A Bad Name, Runaway, and other songs, proving Bon Jovi has never been a one-hit-wonder, but a well-oiled machine of talent and hard work.

His performance just as intense and ecliptic energy as he was when Runaway topped the charts.

Just as perfect was Richie Sambora, stepping into the spotlight time and time again summoning the gods of the guitar. He rocked “Have a Nice Day“, brought life to Because We Can and amped the performance for the band’s anthem, Wanted Dead or Alive.

There was no practice–he made no mistakes. Tico Torres, who may truly have had the best seat in the house, kept the beat with the drums.

His soul patch underlined his smile of loving what he does as he kept the band in beat.

Talent runs deep in this band.

David Bryan, on the keyboard, took center stage during a solo moment on Keep the Faith.

His skills evident as he played synthesizers,  his trademark curls longer than I remembered them last and his showmanship in bloom, made the ivory’s dance and spotlighted his ability on the new material, more than ever before.

As if that wasn’t enough, the band teamed up with Sooner Routhier as the tour’s lighting director, one of the most impressive and accomplished women in a field dominated primarily by men.

With roots in Newport, Vermont, Routhier has built a reputation in the music industry over the course of 15 years with artists like Motley Crue, Jay Z, Rihanna, Rage Against The Machine, Chevelle, The All American Rejects, Linkin Park, Justin Moore, and others.

2013 marks her fourth year and second tour with Bon Jovi.

The stage came to life as images illustrated the songs.

Pillars were raised and dropped to reflect images bringing the lyrics to life.

Spotlights ran through the arena in a rainbow of colors and the spotlight always had its mark on Jon. There was no opening act.

It was pure Bon Jovi for nearly three hours.

It was a stand-up and dance, sing-a-long that brought the stadium to their feet and kept them there.

The lights faded, the crowd went wild and three encores later–we left not doubting why we came. Bon Jovi entertains.

Have a Nice Day
Livin’ on a Prayer

A band, on the road, doing what they love, in advance of an album release, entertaining their fans. Bon Jovi rocked the Time Warner Cable Arena in Charlotte!

How the Romanov Dynasty Made an Egg Famous
← Read Last Post 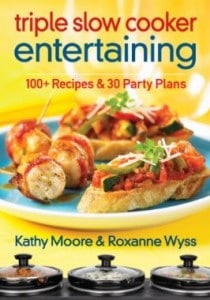 bonjovi is my favourite singer i always love his music.Born to Be My Baby is my one of favourite song by bon jovi.