My Li’l Man loves to use his imagination. Today he was playing “Pirate” and as I watched him I realized, “He needs a really cool hat”…so I set to create. It took about 10-minutes (start to finish) to make and he’s been playing with it for over an hour now! 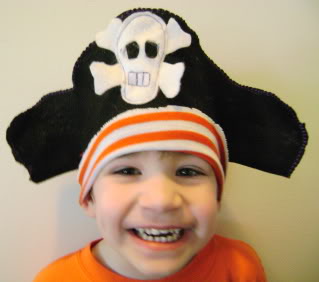 Ours is made out of black felt, but you can use paper–my mock-pirate-hat was and it worked GREAT!
Use this pattern. It is folded in half to fit on my scanner. The length measures 14.5″ and the height is 4.5″ 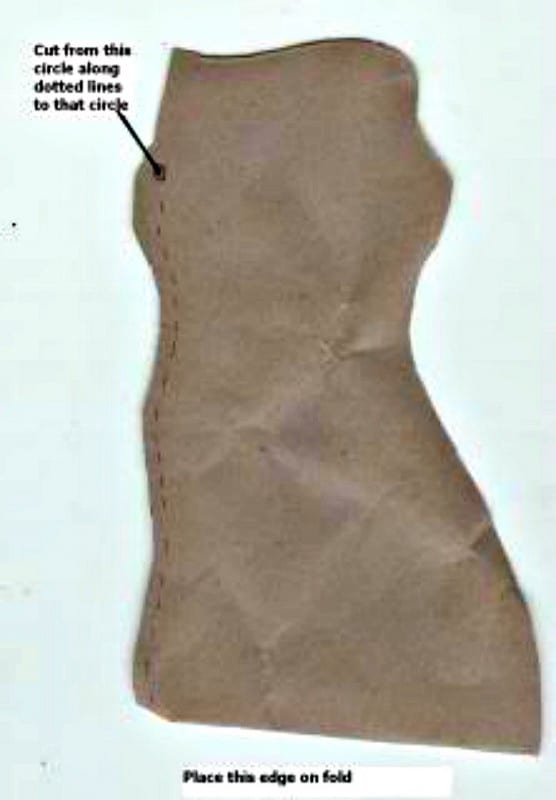 You’ll want to measure 1.5″ on each side on the bottom. You will cut between these markings to make the “hat” opening.
Trace your pattern on to felt or paper.
I traced the whole thing, rather than use the fold to give you an idea of how it will look.
It should look something like this when you are finished: 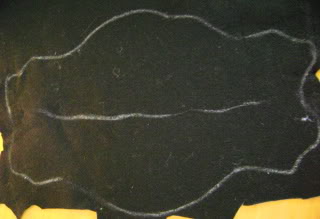 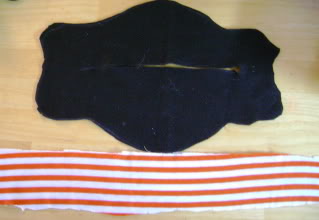 Now, cut a strip of fabric (I used a knit) about 4″ wide and long enough to tie around your child’s head, like a dew rag) 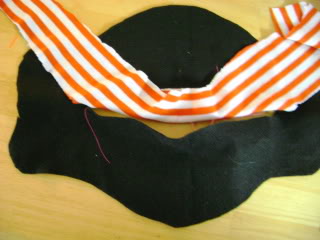 Fold hat and strip of fabric in half and line up together.
Sew one edge of the fabric to the wrong side of the felt, along with the “cut” for the “hat”.
Turn hat over and decorate it however you want. We made a skeleton and bones!
Then place head through the slit in center and tie the “bandana” on to secure the hat in place! 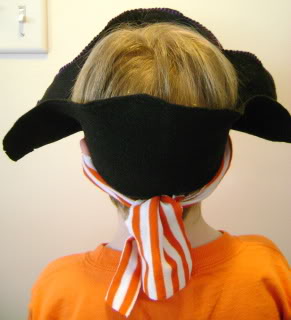 You’re done!
We appreciate your subscription to Mommy’s Memorandum

The Website uses Mediavine to manage all third-party advertising on the Website. Mediavine serves content and advertisements when you visit the Website, which may use cookies. Mediavine may collect IP addresses and location to serve personalized ads.  If you would like more information about this practice and to know your choices to opt-in or opt-out of this data collection, please visit http://www.networkadvertising.org/managing/opt_out.asp.
Necessary Always Enabled
Necessary cookies are absolutely essential for the website to function properly. This category only includes cookies that ensures basic functionalities and security features of the website. These cookies do not store any personal information.
Non-necessary
Any cookies that may not be particularly necessary for the website to function and is used specifically to collect user personal data via analytics, ads, other embedded contents are termed as non-necessary cookies. It is mandatory to procure user consent prior to running these cookies on your website.
SAVE & ACCEPT
14 shares
error: Content is protected !!