SPONGEBOB AND FRIENDS ARE BACK FOR A BRAND-NEW PREQUEL SERIES!

Bikini Bottom is gearing up for summer. Join SpongeBob and his friends in Kamp Koral’s Prequel series SpongeBob’s Under Years!

Make it a Family Movie night and make these Kampfire Kones inspired by the series. 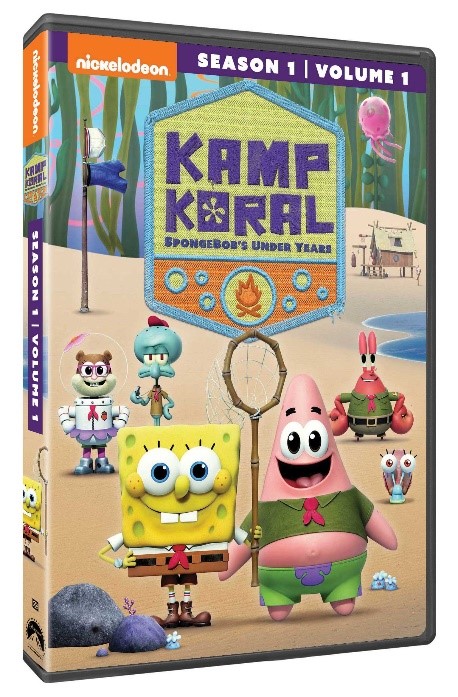 Kamp Koral is a sleepaway summer camp for the kids of Bikini Bottom. It’s the perfect place for 10-year old SpongeBob, Patrick and Sandy to make new friends, build underwater campfires, catch wild jellyfish, swim in Lake Yuckymuck, and drive their teenage camp counselor Squidward absolutely crazy! This volume contains the first 13 episodes of season one in a 2-disc set!

Now in its 42nd year, Nickelodeon is the number-one entertainment brand for kids. It has built a diverse, global business by putting kids first in everything it does. The brand includes television programming and production in the United States and worldwide, plus consumer products, digital, location-based experiences, publishing, and feature films. For more information or artwork, visit http://www.nickpress.com. Nickelodeon and all related titles, characters, and logos are trademarks of ViacomCBS Inc. (Nasdaq: VIACA, VIAC).