People Can Make Themselves Healthier Right Away With Exercise

People who decide to adopt a significantly healthier average lifestyle often find it challenging. It’s difficult for even very conscientious people to eat healthy food all the time. Many people have a difficult time getting enough sleep every night.

Individuals who want to choose new healthy habits effectively may want to set priorities. Certain healthy behaviors and habits are much more important than others. People who get enough regular aerobic exercise will usually automatically be healthier than people who have physically inactive lifestyles.

People who aren’t able to motivate themselves to consistently select healthy foods might still be able to convince themselves to get at least a bit more exercise. It’s tough for a lot of people to decide that they’re never going to eat certain types of food again, even if they give themselves the chance to make some exceptions here and there.

Those individuals might find it easier to start exercising for an additional fifteen minutes each day. Physical activity can be fun for a lot of people, especially if they’re used to being completely sedentary.

In fact, individuals who have been feeling inexplicably depressed for a while might find that they’ll suddenly feel better after even a brief exercise session. While individuals who have clinical depression might need other treatments, people who are just feeling as if they’re lacking in energy might quickly feel less tired the moment after they exercise.

Physical activity gets people to use more energy. It also helps people improve their blood circulation patterns and thoroughly tone their muscles. It’s difficult to get that many health benefits all at once from many other health habits, even if those habits are pursued consistently enough. 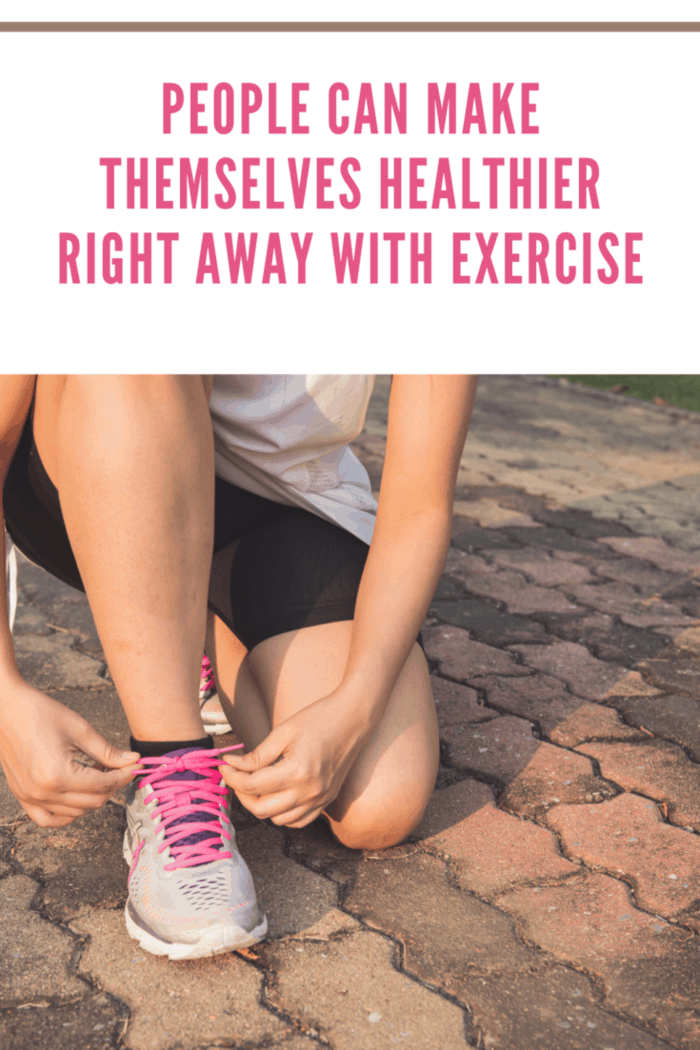 Exercising occasionally is still better than never exercising at all. However, people will still get more of the associated health benefits of even basic physical activity if they are sure to be active every day. Even taking a simple slow-paced walk for twenty minutes can make a person significantly more active.

People can eventually decide to go to the Florence Gym and similar places, especially since those companies have a lot of different exercise equipment that people can use. It might be intimidating for people to do so right away, especially if they’re used to having a more sedentary way of life.

However, there are pieces of fitness equipment that is at least relatively easy for people to use if they do not have a lot of experience with exercise. They’ll get more experience later, making it easier for them to stay committed to getting enough exercise.

Experts continue to debate whether moderate or strenuous exercise is better. There is some evidence that strenuous exercise may be damaging to some people. There is also evidence that it helps people to add variety to their workout routines. Other experts argue that moderate exercise is the healthiest of all. However, all experts agree that getting enough daily physical activity is essential, and it might be more important than most other health habits.

5 Possible Dangers that Can Harm the Family Dog
Read Next Post →
Comments are closed.