Cleaning A Washing Machine? Who Knew You Should?

I never even considered this, but I have a family member who works for Habitat for Humanity. We were on the phone and he was talking about cleaning the donated washing machines they brought in that week. I assumed he meant a wipe down of the outside for dust, and the inside for cobwebs, etc. This is when he asked “if I had ever taken a washing machine apart and seen what’s inside?” Now, I am not Mr. Fix-It and won’t pretend to be. So, now I had to know. 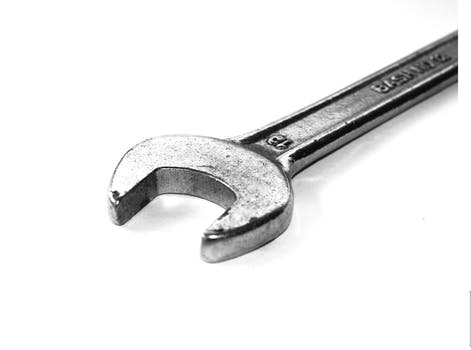 He explained “A washing machine seems it would be self-cleaning, thus ‘washing machine’ is its name, however laundry detergent, and fabric softener don’t always all drain away on the last cycle. Some of the detergent and softener hang around the nooks and crannies following a load of laundry. They start as a liquid, but if that washing machine isn’t running around the clock, that detergent slowly dries from a liquid into a solid, or partial solid (slime). That residue builds. And  after a number of years can cause the washer to be slower, create odor, leave residue on the items washed, or worse: A phone call to the repair man.”

Most people would rather buy the new model than go through the process of taking a washing machine apart, cleaning it, and crossing their fingers they put it back together the right way. The great news is THERE IS A SOLUTION! And the solution isn’t expensive or time-consuming, and can save money in the long run. This is what the pros do, so I was all ears.

White Vinegar is the first thing you will need. It’s available at grocery stores everywhere. It’s right on the aisle vinegar is found in, next to all the other kinds of vinegar one would use to cook with. You will need 8 cups of this, which is 64 fluid ounces (FL. OZ.). I was able to get a gallon of the distilled (I was recommended distilled) white vinegar for under 3 dollars at my local Walmart.

A gallon is 128 FL. OZ., so you will have plenty leftover (which is great because you can use white vinegar to clean all kinds of stuff like your coffee maker just by running a full pot of white vinegar through once, and then running two pots of water through twice after). Now that you have the first ingredient to the solution, here is the next:

Baking Soda. This is found (most likely) in the same aisle you would find the white vinegar. You will need 2 cups (16 OZ.) of this. I use “Arm and Hammer”. You can buy a pound (LB.) of this stuff for less than 1 dollar. A pound of baking soda is 3 ½ cups, so you will have some leftover (toss the leftovers in the box, with the top open, in your refrigerator to freshen it up).

That’s the ingredients; All for less than 4 dollars. The following is the recommended instructions for the final solution to this problem: 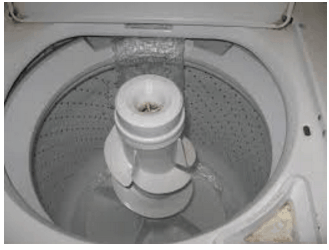 Step #1 Fill up the washing machine to its fullest capacity. I was recommended towels. They fill up a lot of space and scrub the washer while spinning. Kill two birds with one stone.

Step #2 Set the washer to the hottest setting available.

Step #4 Turn on the washer with the lid open so you can watch the water rise.

Step #5 When the washer is about a ¼ of the way full of water, pour the white vinegar in, followed by 3 more cups as the water rises. Total: 4 cups of white vinegar.

Step #6 Allow the washer to fill up the rest of the way. Close the lid and let the cycle begin.

Step #7 After about 10minutes, open the lid,s topping the cycle, and, use the measuring cup to measure 1 cup (8 oz.) of the baking soda and add to the machine. Close the lid continuing its cycle. Total: 1 cup of baking soda.

Step #8 Let it run it for about 10 more minutes. Then open the lid, stopping the cycle. Allow the water to sit there and soak for 25-35 minutes.

Step # 9 Shut the lid, restarting the cycle, and allow it to cycle all the way through until it is completely done washing.

Step #10 Once done: REPEAT ALL THE ABOVE STEPS.

After the 2nd time, remove the wet towels and place them aside. Pour some of the white vinegar onto the cloth and wipe the inside of the machine with it. There will be places some of the residue wasn’t reached like under the top rim of the washer, around the rim of the gaskets, (rubber looking things) and the inside top of the agitator (the thing in the middle that spins, if there is one). Run the washer on the hottest setting by itself one time to clean up any of the leftover white vinegar and baking soda. Then your machine is clean! You can now place the towels back in the washer using detergent and softener like normal. 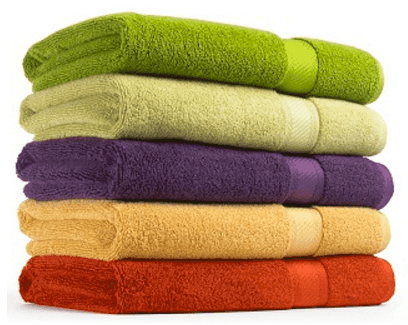 I found this works really well. It made my laundry even seem cleaner than normal after trying this. I was recommended doing it twice a year from a house cleaning company called Alpine Maids. I pick a weekend before two holidays, so I can recall when it’s due. Weekends before Thanksgiving and Memorial Day are mine, but however you remember it’s up to you.

Hope this helps. It’s less than 4 dollars a year. It can stretch the life of your washing machine. And the best news is both white vinegar and baking soda have little to no negative impact concerning the environment. 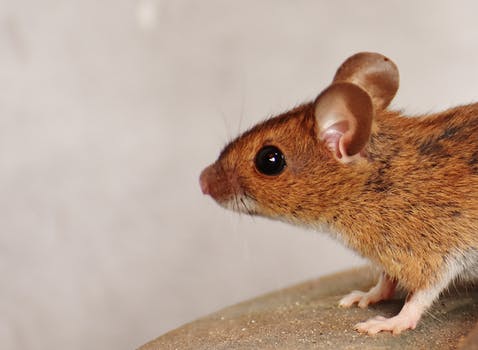 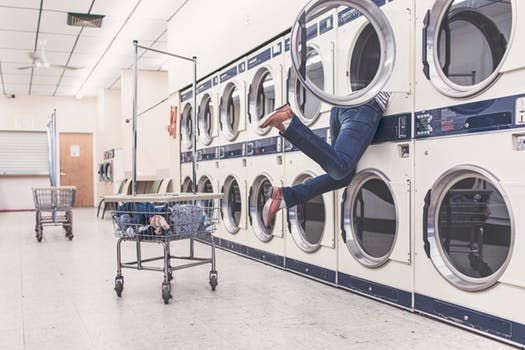 I do have to try this. I always add vinegar to my wash, but have not done this process as of yet.

How would you do this with a front loader? You can't open the door once it's running.

Does your front loader have a self-clean button? If not, you can make a paste of baking soda and water and scrub the drum, add towels and 1 cup vinegar and run through a cycle. But check, you may have a self-cleaning button?

just so you know, with many of the new machines you can not leave the lid up while it fills. Also the lift the lid to soak thing does not work. The water will drain out of the machine. I hate these new machines.

Every machine is so different. You can always make a paste of baking soda and water, scrub the drum. Add the towels and 1 cup vinegar and run through a cycle.

I just got done cleaning my washing machine and it really helps keep it smelling fresh because mine started having an odor. Baking soda and vinegar really works in cleaning out the washing machine!

I love it! My husband tells me I am the only one who cleans a washing machine.