Coffee, the universally beloved beverage we cannot get enough of! With several varieties and just as many outlets worldwide, which capital city is the most coffee-obsessed?

To find the answer, Brewsmartly.com established an index looking into the following variables: average rating, coffee shops per capita, and import value per capita. *

The Most Coffee-Obsessed Capital

Brewsmartly.com found that Amsterdam, Netherlands, takes the title of the most coffee-obsessed capital city, with an overall score of 8.71 out of a possible 10! Amsterdam has 116 coffee shops per 100,000 people and a weighted Yelp average rating of 4.03.

In joint third, we have neighboring capitals Bern (Switzerland) and Paris (France), with an overall score of 7.43!

Bern comes out on top for import value with $419.08 per capita. However, Paris is amongst the top cities for coffee shop ratings at 4.11. 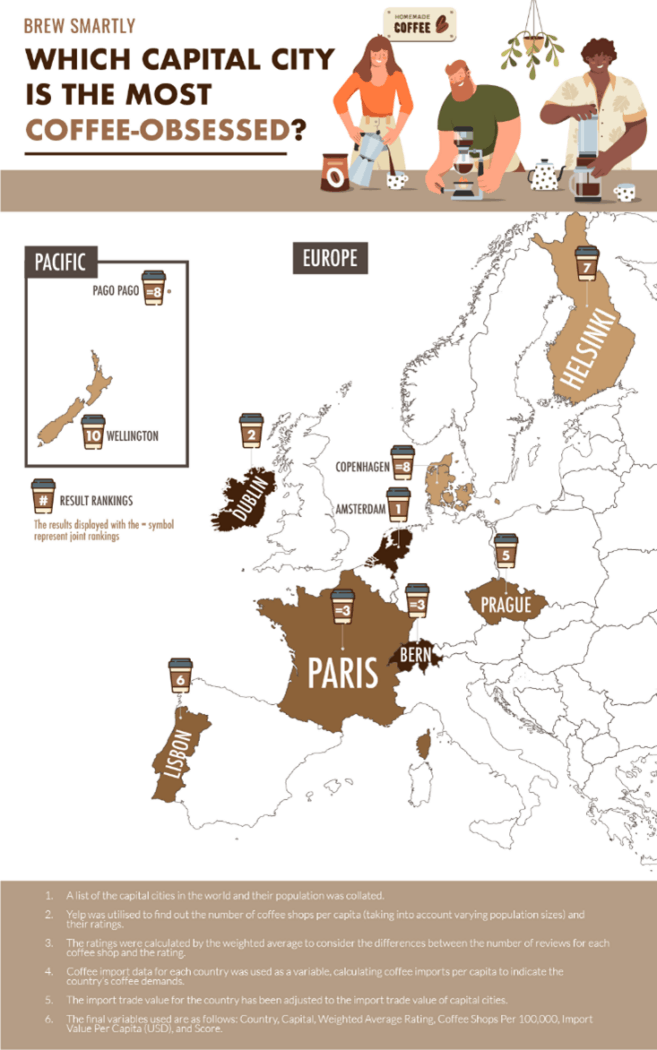 The Most Coffee-Obsessed Continent

*the symbol = refers to joint ranking