On May 18, 1987, I boarded a plane in Utah and landed in Miami to begin my life as a nanny. The family was my first experience with the Jewish traditions and culture.

I remember sitting at their dining table on Jewish holidays and marveling at the love and effort that went into the celebration.

It was the end of the 1980s, and it was my first experience a wine named after a fifteenth-century Italian Scholar of Torah, Bartenura Moscato. 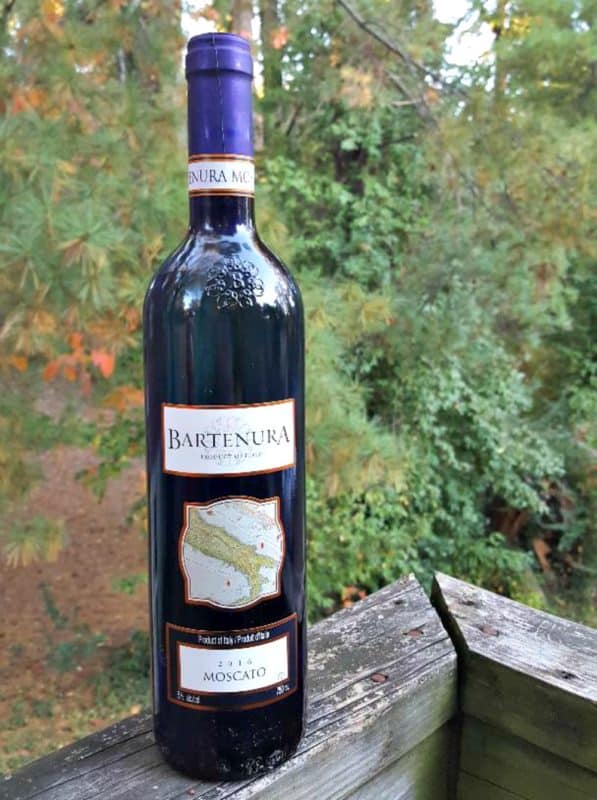 I didn’t partake, but at 18, I understood that this blue bottle was significant. It made its appearance at the holiday gathering and on random Friday nights. It is sweet kosher wine.

Even for those that didn’t keep kosher, there appeared the blue bottle of wine. It was a given it would be served during the major holidays like Passover and Rosh Hashanah. The close of the meal, the blue bottle would make an appearance and be passed around the table.

A few years passed. I was no longer a nanny but married. Jewish holidays weren’t part of our ritual, but I realized that suddenly the social group we joined was embracing Bartenura.

I was the one who shared its humble status as a small kosher wine.

I watched Bartenura emerge into the largest and most widely recognized Moscato brand on the American market.

Another decade or two passed and suddenly Drake and the Hip-Hop community are talking about the wine that was served at a house I was a nanny for a long time ago.

Li’l Kim even rapped about it in 2005. Trust me, Moscatos didn’t have a large selection back then.

Wine and I have been friends for a while I’ve tried many varieties of Moscato, but the one that I keep going back to is Bartenura. It is that delicious.

It’s a sweet wine with a crisp finish, slightly bubbly, and refreshing. It’s easy to lose yourself in a bottle because it tastes really, really good.

The wine is semi-sweet, with lingering pear, tangerine, nectar, and melon flavors on the finish.

Pair it with fruit, cheese, and desserts…or just pour it into a glass and enjoy! 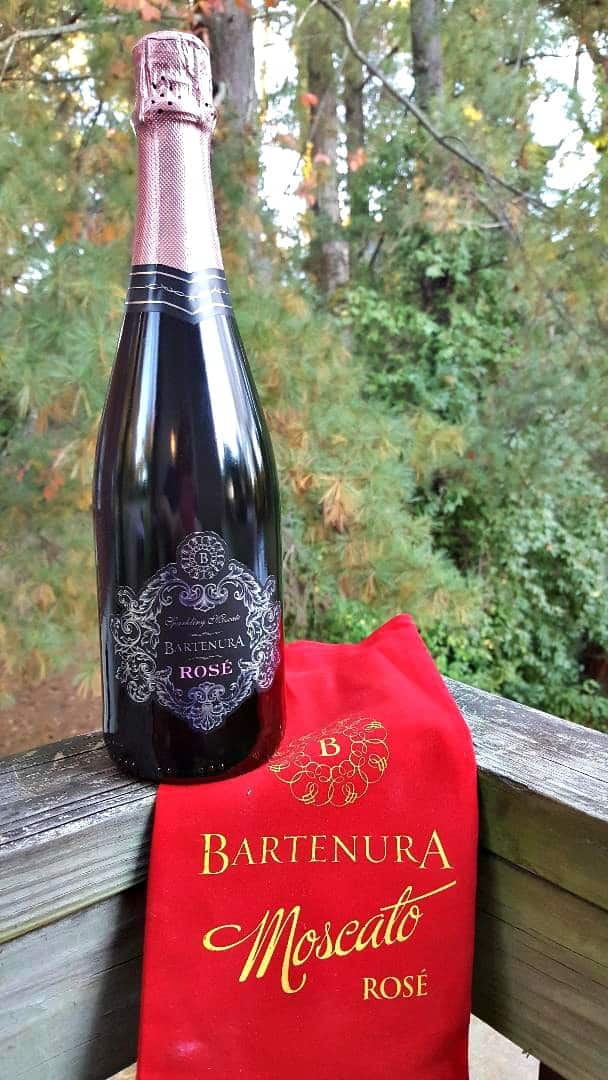 If you like your Moscato a little less sweet, I recommend Bartenura Moscato Rose. It has a light rose color, with a delicate fragrance and sweet taste. 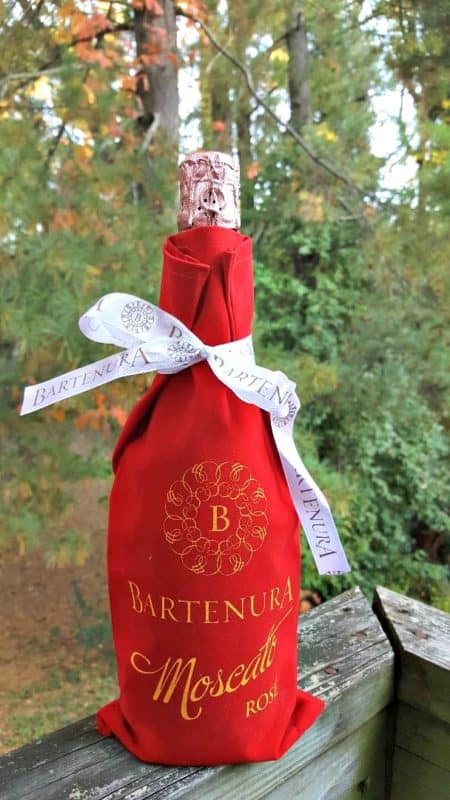 I’d like to take a moment and pay tribute to those days a nanny and the wine that introduced to me Jewish holidays.

WHY IS THIS WINE DIFFERENT FROM ALL OTHER WINES?

There’s a common ‘urban legend’ that wine is rendered kosher after being blessed by a Rabbi – that is incorrect. Actually, for wine to be made kosher, there are strictly supervised purity guidelines that need to be followed from the moment the grapes enter the winery to when the wine is bottled.

To be considered kosher, Sabbath-observant Jews must supervise and sometimes handle the entire winemaking process, from the time the grapes are crushed until the wine is bottled. Any ingredients used, including yeasts and fining agents*, must be kosher.

Some Kosher wines are processed as Mevushal, which means ‘cooked’ in Hebrew. Some wineries produce their Mevushal wines by heating the must (grape juice) before fermentation, while others apply that procedure on the final product, before bottling.

When kosher wine is produced, marketed and sold commercially, it will bear kosher certification granted by a specially-trained rabbi who is responsible for supervision from start to finish.

1) Kosher wine is made in precisely the same way as ‘regular’ wine. The only difference is that there is rabbinical oversight during the process and that the wine is handled by Sabbath-observant Jews.

2) Not all Israeli wines are kosher. Only about 30% of Israeli wine brands are actually certified kosher, but these kosher wineries produce over 90% of the Israel wine industry’s output.

3) In the 1980s, there were very few kosher wines. Buchsbaum says that Royal Wine only imported three kosher wines from Bordeaux back then.

4) The number of producers of kosher wines has dramatically increased in the past 10 to 20 years.  To-date, Royal Wine Corp. represents more than 60 kosher wine producers. This is due to an increase in interest from consumers who are adding to their kosher wine portfolios, and in some cases building actual kosher wine cellars in their homes, a rare sight just two decades ago.

5) While a number of well-known wineries in countries from all over the world including France, Spain, Italy, and Argentina are crafting special runs of kosher wine, California is not. With the exception of Marciano Estate, which produces a kosher run of their Terra Gratia, a high-end Napa Valley Blend, all kosher California wine is made by fully kosher wineries such as Herzog Wine Cellars, Covenant and Hagafen.

6) The reason many Passover dinners feature red wine is that there’s a rabbinic opinion that red wine is preferable since it’s the same variety that Jews used during their Seders after they escaped Egypt.

9) Currently, there is a steady increase in total wine consumption and a great interest specifically in high-end Israeli wines, as well as the better French wines.

10) Drinking wine can be a Mitzvah (good deed). Kosher wine is prescribed for use in many Jewish rituals: Bris Milah (circumcision), the wedding chuppah (canopy), and the Kiddush that starts all Sabbath and holiday meals. While most occasions call for just one cup, on the holiday of Purim, wine (in abundance) is the beverage of choice for the festive meal, recalling wine’s significant role in the “banquets” described in the Megillah story. On Passover, Jews are required to drink four cups of wine at the Seder. 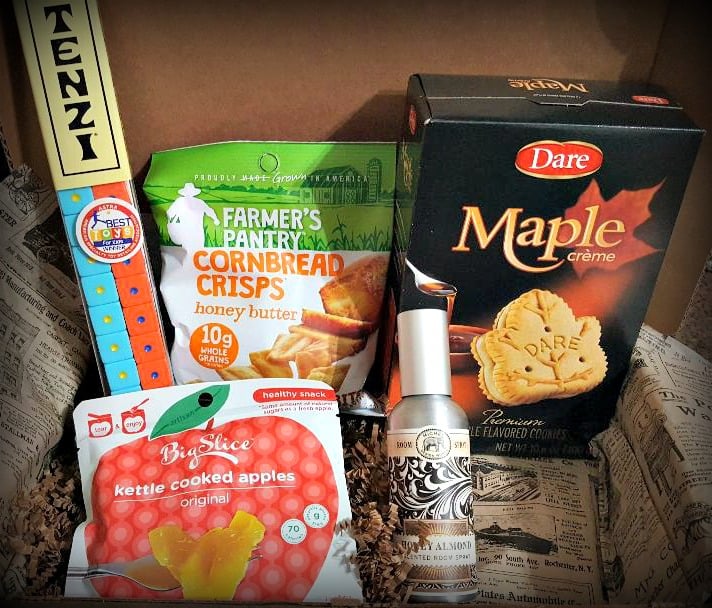 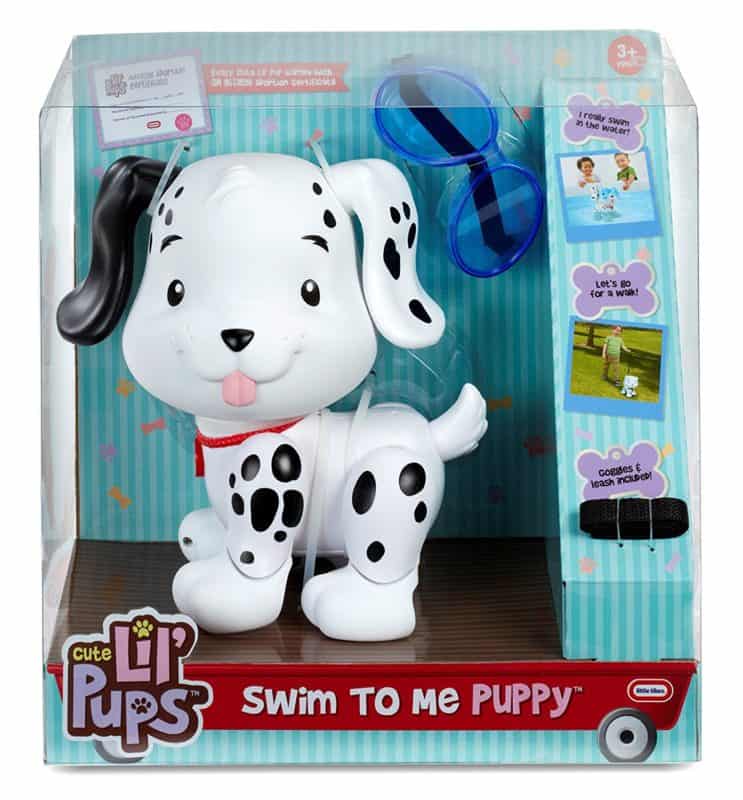