Ricky James Should be Ashamed! • Mommy's Memorandum Skip to Content

Ricky James Should be Ashamed!

Last night, while channel surfing I happened to come across a segment on some sports channel about a guy named Ricky James. I happened to land on the part that was boasting his significant accomplishments: competing in the Baja 500 and the Ironman competition. He had to cover 63 miles in just seven hours and 14 minutes. Ricky James has even competed in the L.A. Marathon finishing fifth with a hand cycle. Back in 2008, he competed in the X-games in Los Angeles, winner of the 2008 West Coast Pro Truck championship; all a pretty impressive list of things to cross off your “have done” list. The kicker, when he was 17 (March 10, 2005)-he broke his T7 in a motocross accident and has accomplished all these amazing “things” as a person with paraplegia.

The story went on to depict Ricky James as an “inspiration.” His website starts off with a single word: “PERSEVERANCE.”

I was *totally* sucked up in the sales pitch…then the story took a turn. Ricky James’ best friend, Jarred (I think that was his name) was the one that caused the accident that left Ricky paralyzed. The segment surrendered from “inspiration” to an example in “pathetic.” At one point in the feature, it shows and talks about Ricky James, who has gotten back on his bike to ride motocross, spending an afternoon at a “practice,” plotting to take down his former friend who caused the accident. I was shocked to see Ricky T-bone, the guy he once called “BEST” friend. What was, even more, disturbing was that Ricky said something along the lines of “it was more dangerous for me because I am strapped to my bike.” Seriously?!

While “Jarred” and Ricky live something like 30-minutes from one another, they had not spoken since a few weeks after the accident that left Ricky, our “victim” in all this. The show arranged for the two fellows to get together. They spent an hour talking to each other, realizing that their friendship will never be what it once was.

I am appalled that Ricky James is being labeled an “inspiration.” His website should start with one word: FORGIVENESS.

Don’t get me wrong. I’ve witnessed what a 16-year-old boy goes through following a motocross accident that leaves him paralyzed. I’ve seen the anger, the confusion, and the pain. Isaw that “boy” instantly become a man.

Riding dirt bikes is a risk. You know it when you mount that bike. Certainly, you know it when you have just received a sponsorship from Honda, as Ricky James had a few days before his accident. It didn’t just creep up on you and boda-bing-boda-boom!

I think it is commendable that Ricky James has achieved so many incredible goals. I am impressed at his stamina and athletic ability. I am in awe that he rides motocross as a person with paraplegia. He wants to win a championship in Late Model Modified next. I’ve seen it done, Ricky! What I am disturbed by is that he thought it was okay to INTENTIONALLY T-bone a fellow rider, forget that it was once his BFF! I am speechless especially given the fact that he knows FIRST HAND what can happen.

Ricky James is not the role model my children need. He is not the role model any person needs. Be great because it’s who you are. Be great completely. Be real and be an inspiration in all aspects–not just for the fact you crossed the finish line. Uplift others through your contributions to your community, to the people who love you and forgive those that took your “one” dream…after all, it seems you have found a new determination, and you’re obviously at the top of the game!

Ricky James should be ashamed of his behavior, of the ill-feelings he allows to take up residence in his heart. 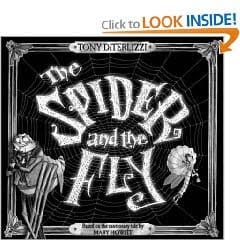 The Spider and The Fly...a Poem that Captivates
← Read Last Post
Remembering DATE NIGHT
Read Next Post →
Comments are closed.