I received passes to Kennywood in exchange for my honest review.

A great amusement park is one thing my kiddos love. This year Grandma and Grandpa offered to take them to Kennywood. This is special because Grandma and Great Grandpa went to Kennywood as children. There is family history through these gates–and a little bit of America’s history too! 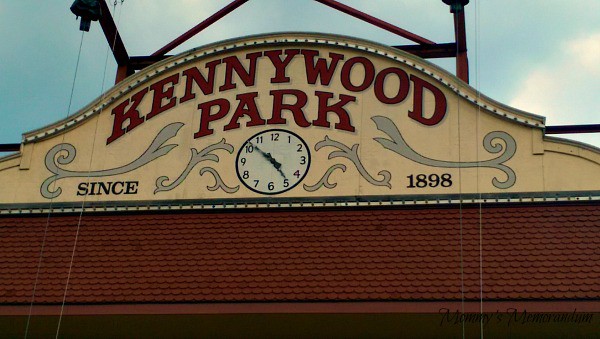 The day finally arrived when they could holler, “Kennywood’s Open!” A short drive from Pittsburgh, the kiddos arrived with eager anticipation. They had checklists of rides they wanted to conquer!

But first stop was Guest Services, where Kennywood’s friendly staff greeted them. 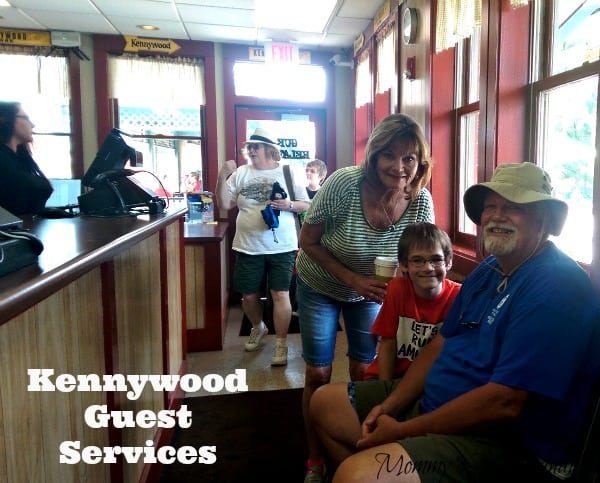 Adding to the surprise, Kennywood became even more of a family affair as the kiddos and Grandma and Grandpa met up with cousins! 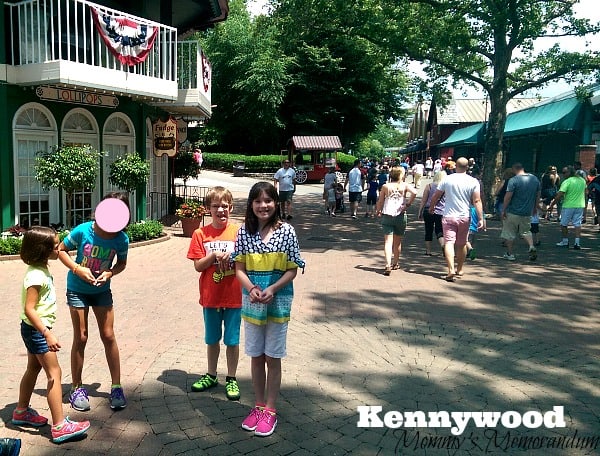 I didn’t know this plan, which is why there is a pink dot over the cousin’s face. ;)

Tickets in hand, new cousins met, they were ready to tear up the park with fun! 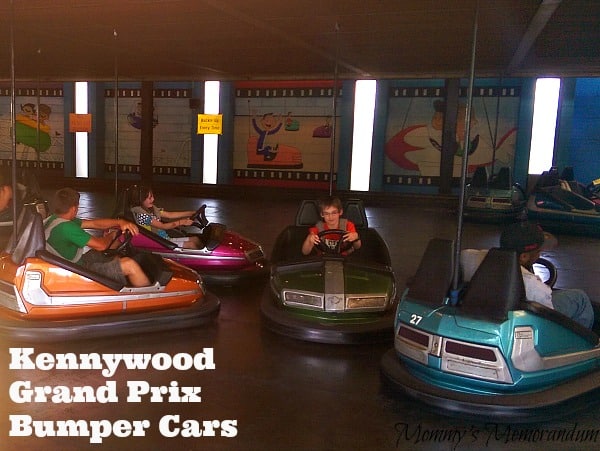 First stop…the Kennywood Grand Prix Bumpter Cars. This was a great way to start the day because as Li’l Man reported, “I was tall enough!” It was a first for him and such a big deal! 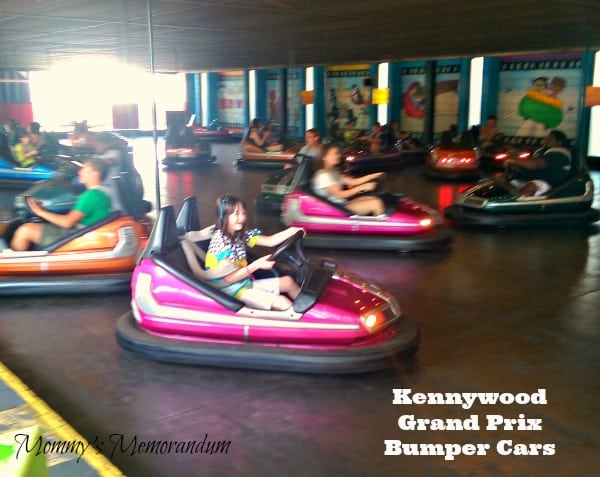 The kiddos loved the bumper cars!

Then they boarded the Bayern Kurve bobsleds. They were ready for the high-speed race around the track. Starting upright as the ride picked up speed, the kiddos bobsleds tilted inward and the track “click-clacked” aroudn the the track, whining as it picked up speed. The thrill of the ride and the anticipation of the loud diesel train horn made this one the talk of the park when they returned to Grandma and Grandpa! 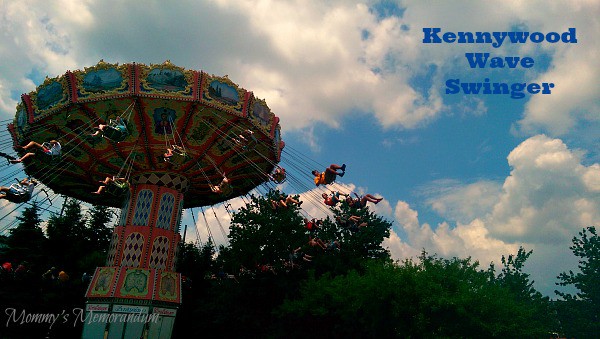 Turns out the kiddos were also tall enough for the Wave Swinger. I love the look of this ride with or without riders. It’s like art! 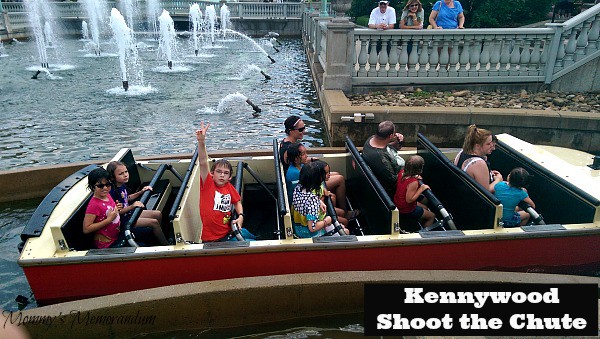 Then the kiddos hit the centerpiece attraction in Lost Kennywood, The Pittsburg Plunge. Nope. I didn’t misspell the city, this is a Shoot-the-Chute ride named for the brief period in the 1890s when Pittsburgh dropped the “h” from its name. It runs with two 20-passenger boats that are designed to look like the shoot-the-chutes boats of old amusement parks. This ride can soak both the passengers and nearby onlookers with water. 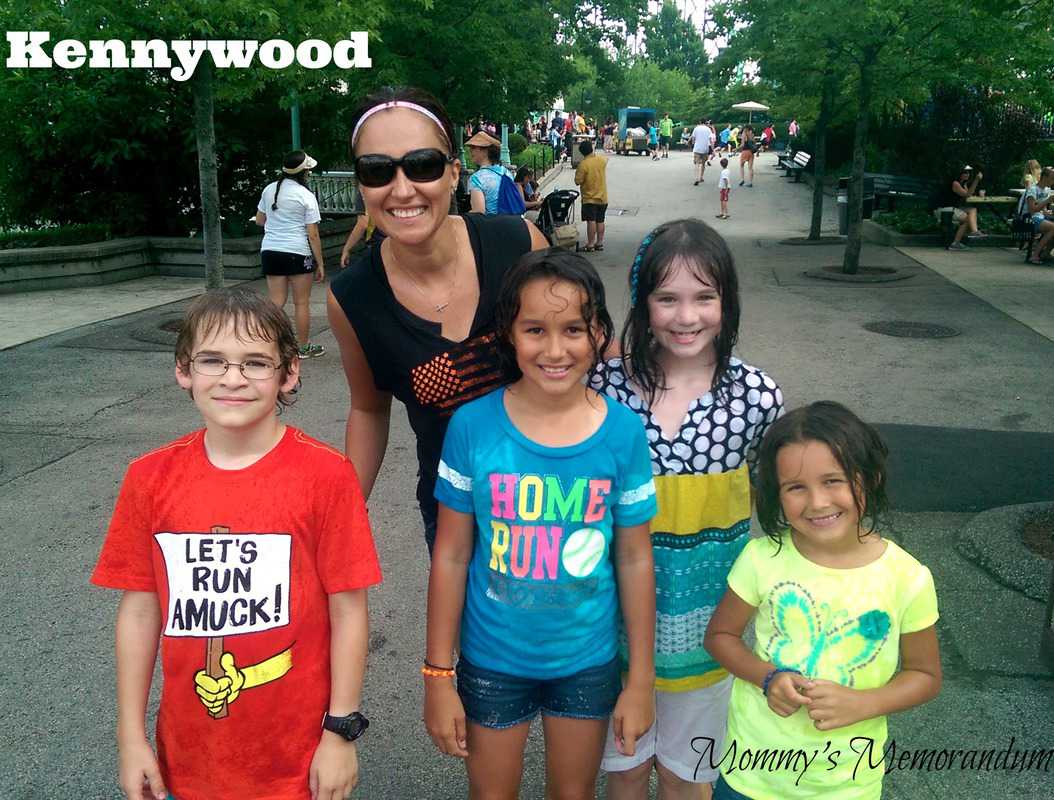 The kiddos didn’t seem to mind the aftermath of the Pittsburg Plunge!

In fact, they took it as a sign they probably needed to rehydrate! 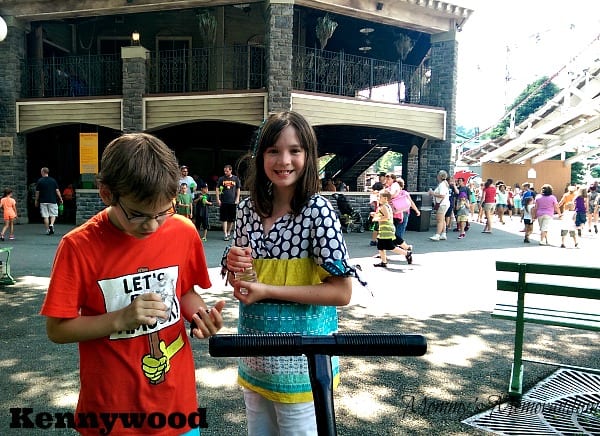 Kennywood is rich in history.

Kennywood first opened in 1898 as a “trolley park” attraction at the end of the Monongahela Street Railway. The park was purchased in 1906 by F. W. Henninger and Andrew McSwigan and thus began the Kennywood Entertainment company that has remained a closely held family business for over 100 years. Keeping with tradition, Kennywood still offers rides that date back tot opening day in the early 1900s.

Rye Playland Park is one of only two amusement parks listed in the National Register of Historic Places.

But it’s history began even before the trolley park.

Historically, the park is on the location of the July 9, 1755 Battle of the Monongahela. It is here that  British general Edward Braddock was mortally wounded. George Washington fought  as a colonel to Braddock on these grounds.

For my family, Kennywood also has history. Great Grandpa Fred came to Kennywood as a boy and so did Grandma. This weekend, she brought her grandchildren to share her childhood memories and create new memories. 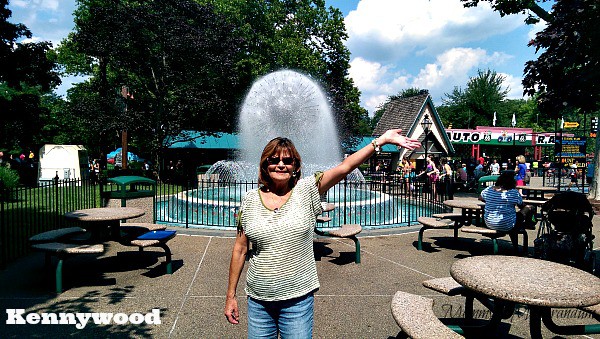 Grandpa took her picture in front of the spherical-shaped fountain where the old Garden Clock is located. It’s been a part of the Kennywood midway for decades.

Then it was time for more water fun as the kiddos took on the Log Jammer! 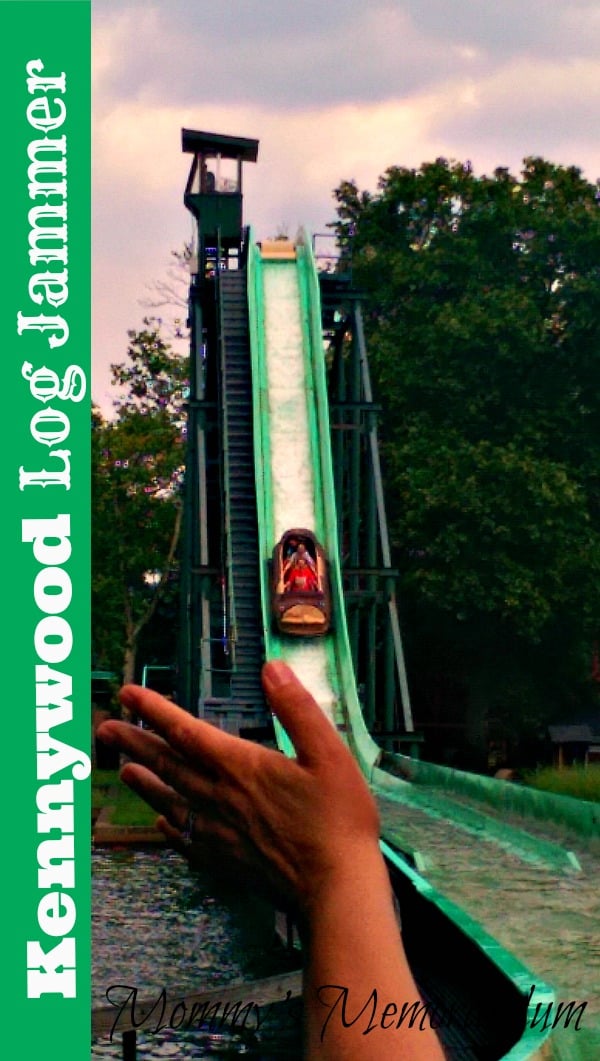 The Log Jammer was  Kennywood’s first multimillion-dollar project, built-in 1975. It has two lifts and a spillway that is 27 feet. The kiddos screamed the entire drop of the 53-foot high chute! 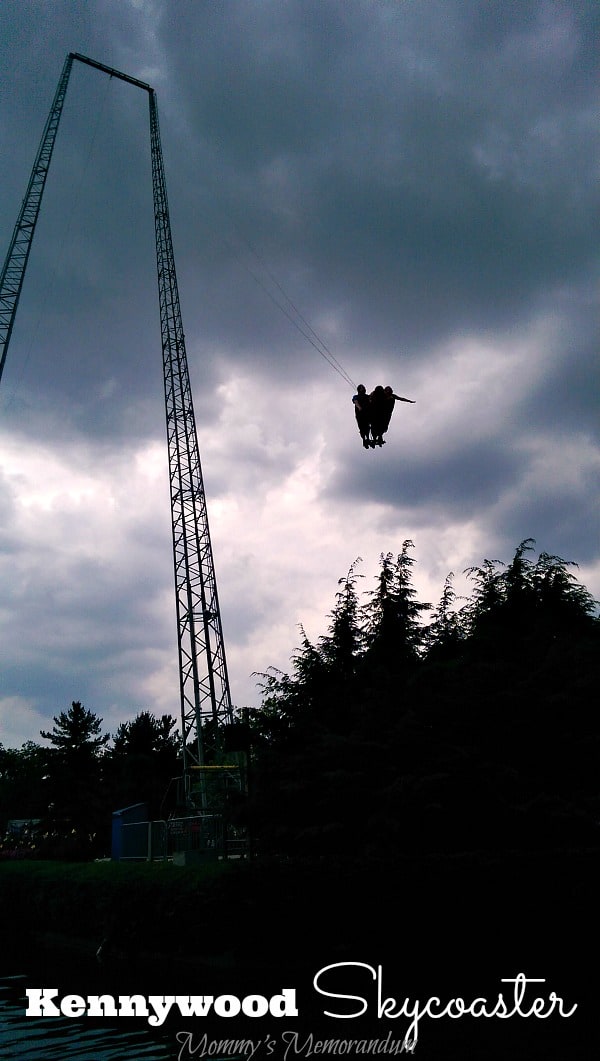 In 1994 Kennywood delivered the first “SKY COASTER” to be constructed inside a significant amusement park! It stands an impressive 183 feet tall.

Then it was time for a roller coaster! 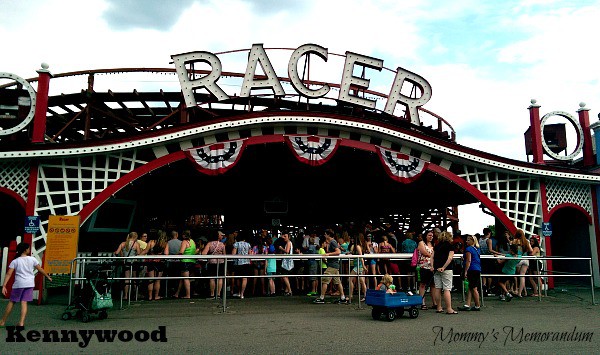 Kennywood RACER: When it was built in 1910, it was the largest racing coaster in the world! 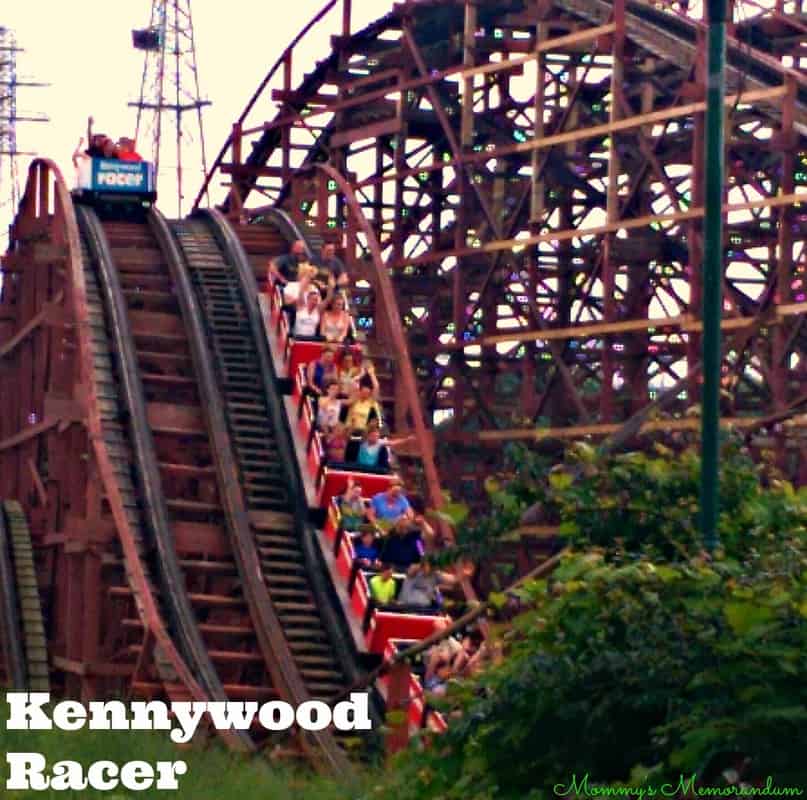 The Kennywood RACER is a racing Moebius loop coaster, one of only three in the world. 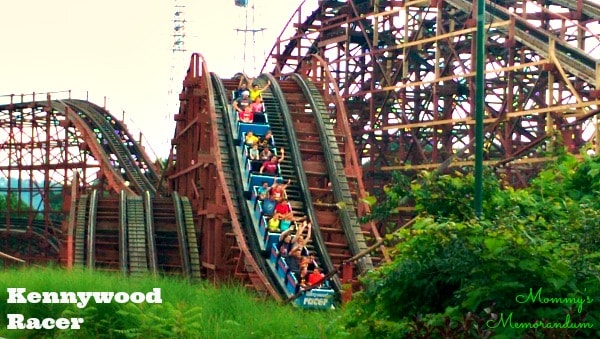 The Racer is a continuous track, and the kiddos found it fascinating that if you started on the left side at the station, you returned on the right side. 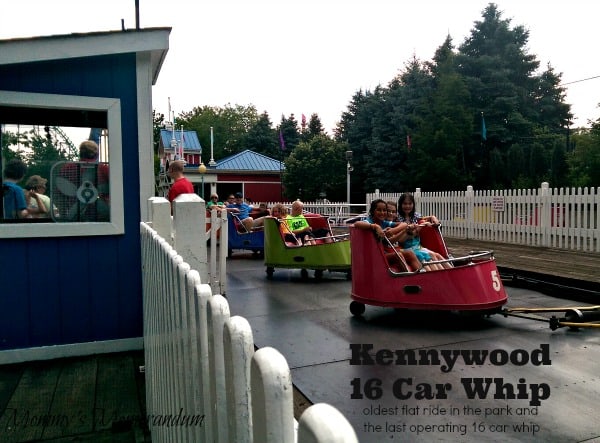 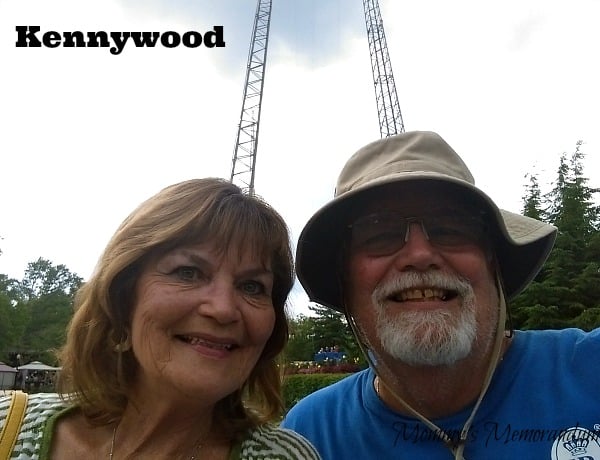 Kennywood brings out the kid in everyone. Grandma & Grandpa even took selfies in front of the Skycoaster! 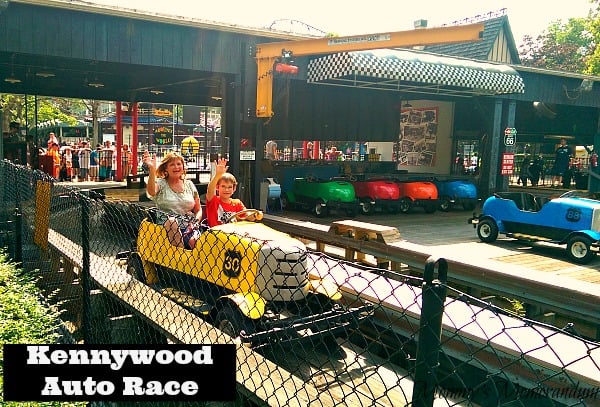 Kennywood isn’t just for kids! Grandma’s getting a ride on the Auto Race! 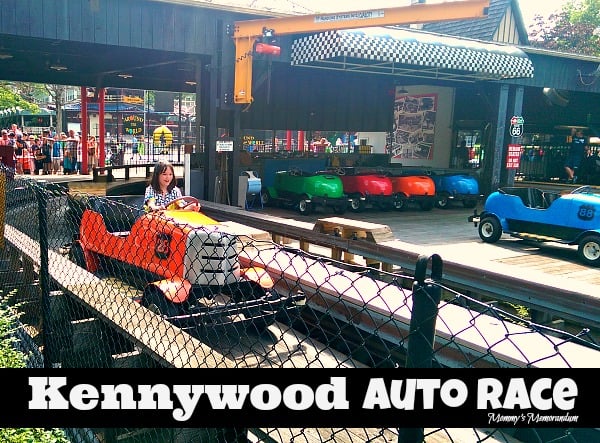 The Auto Race is the last of its kind. Electric cars run quickly through a trough-like wooden track that twists and turns. 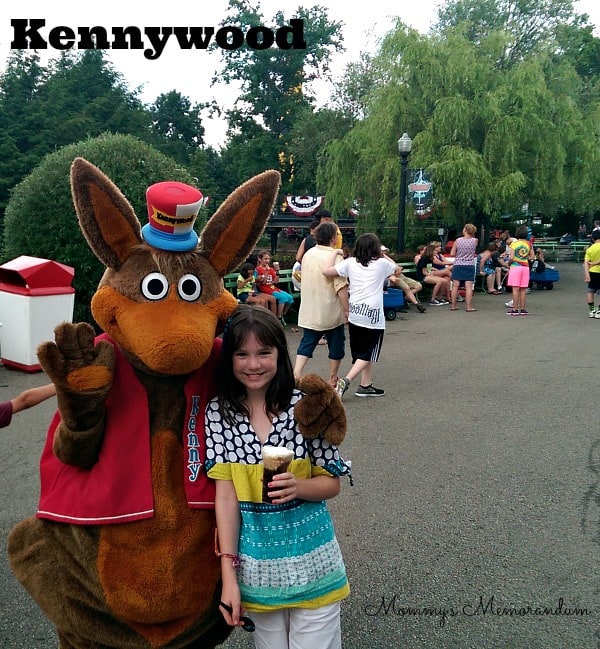 Then we ran in to this guy….Kenny Kangaroo. He’s the park’s mascot. 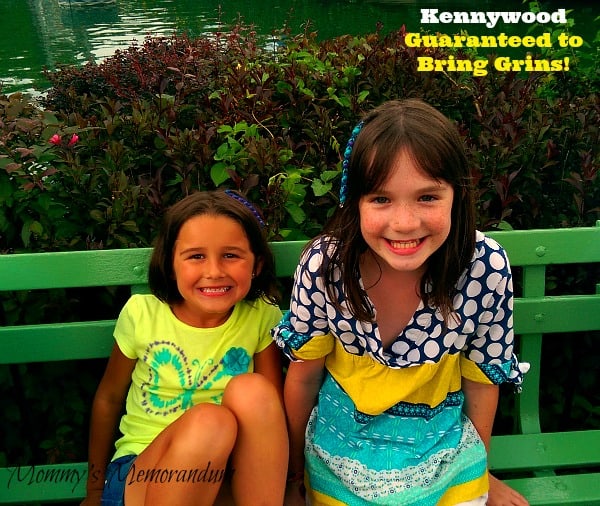 Kennywood offered to ride after ride with thrills and fun. Sharing it with cousins and grandparents makes this a park guaranteed to bring smiles! 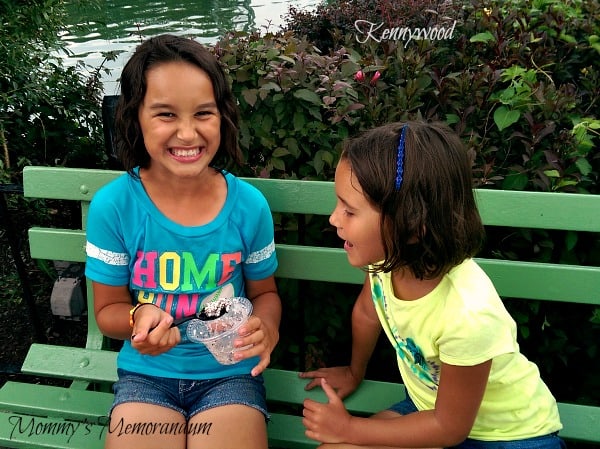 There are plenty of food vendors to satisfy the craving–and have you making new friends at Kennywood! 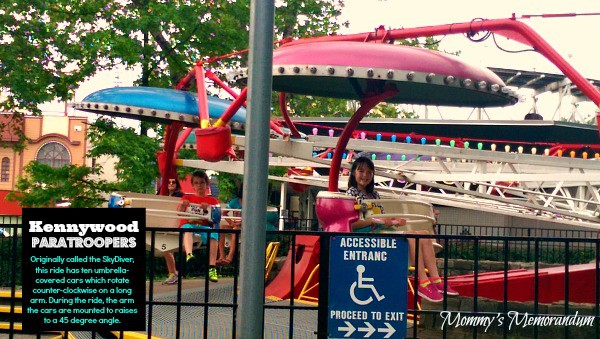 With rides still left, they hopped on the Paratrooper. 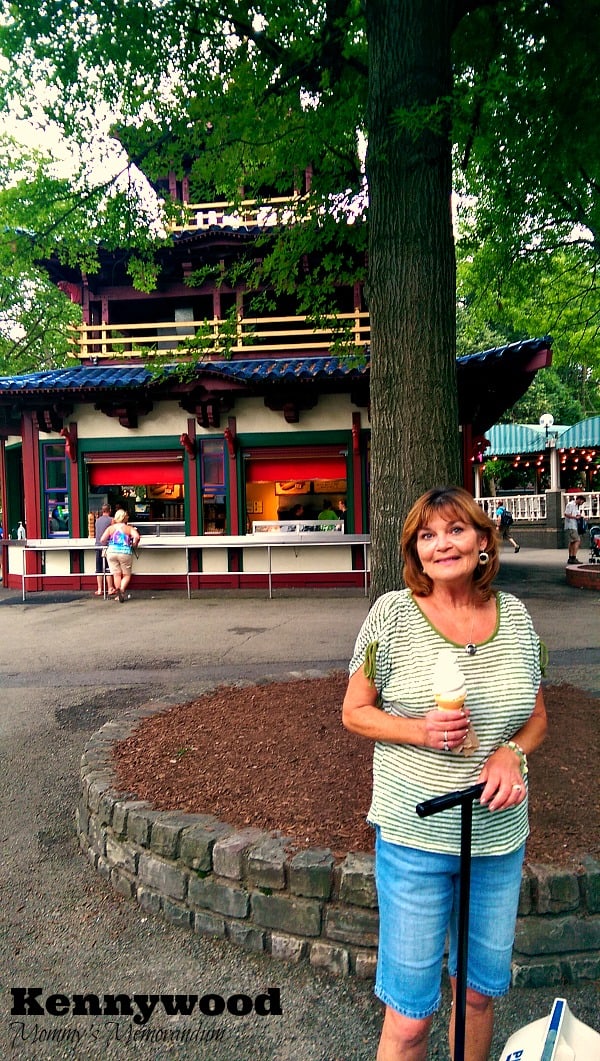 Grandma grabbed an ice cream cone. See! Kennywood really does bring out the kiddo in us all! 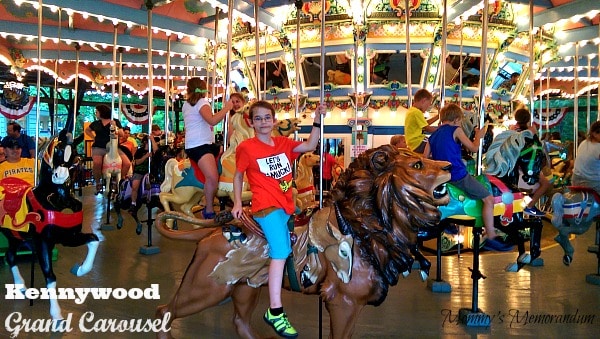 Kennywood’s Grand Carousel is a sight to behold. It is so ornate! It’s also listed as a Pittsburgh History & Landmarks Foundation Historic Landmark. 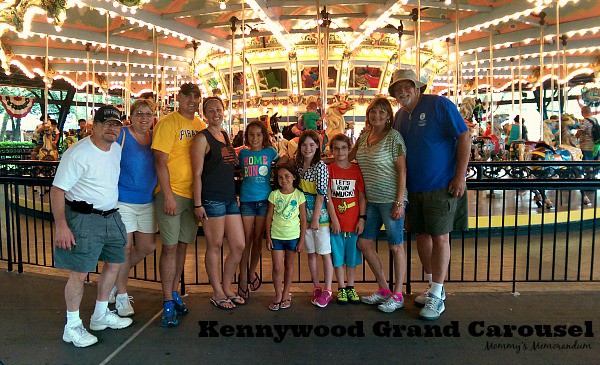 Maybe it’s the Grand Carousel Music by 1915 Wurlitzer Style #153 Military Band Organ, oldest of its kind in existence, that attracts young and old. It was a great meeting place for Grandma, Grandpa, Kids, and cousins! 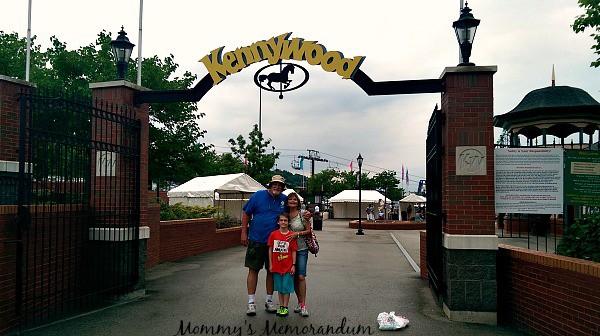 Our day at Kennywood started at the main gate and took us through the park from modern rides to rides our Great Grandfather rode as a child. It was time spent with family and sharing plenty of laughs and thrills.

Kennywood truly is an amusement park that offers something for everyone.

For more information on Kennywood, visit the Kennywood Website.

Kennywood invites you and your family to save $7.00 off the $40.99 General gate Admission price with the promo code: BLOGGER2014. Use the code via www.Kennywood.com to get your tickets. The code will expire on September 14.

The Website uses Mediavine to manage all third-party advertising on the Website. Mediavine serves content and advertisements when you visit the Website, which may use cookies. Mediavine may collect IP addresses and location to serve personalized ads.  If you would like more information about this practice and to know your choices to opt-in or opt-out of this data collection, please visit http://www.networkadvertising.org/managing/opt_out.asp.
Necessary Always Enabled
Necessary cookies are absolutely essential for the website to function properly. This category only includes cookies that ensures basic functionalities and security features of the website. These cookies do not store any personal information.
Non-necessary
Any cookies that may not be particularly necessary for the website to function and is used specifically to collect user personal data via analytics, ads, other embedded contents are termed as non-necessary cookies. It is mandatory to procure user consent prior to running these cookies on your website.
SAVE & ACCEPT
70 shares
error: Content is protected !!