Snakes and Snails and puppy dog tails…these are what a boy is made of..and they seem fueled by Hexbug Nanos. Li’l Man has been disparately wanting a Halloween party (it’s a couple of weeks before his birthday). I hemmed and hawed and then decided, “Okay!” His theme was BUGS and we are big fans of Hexbug Nano’s so we went with it.

These battery operated bugs are even appealing to my girls. In fact they’re all savvy on their “habitats“.  I think they’re kinda creepy because they move and scurry like real bugs..cockroaches quickly come to mind. Tiny vibrations move the bugs forward and the scamper through mazes of habitats, while entertaining my kiddos for hours.

We started the party off with invitations:

I used a photo of plastic bags on a wooden background and the word “Hex” above it. Then I filled in the information of the party date, time and details. Li’l Man handed them out to his entire class.

Once the invitations were out, we set to work creating our favor bags. We used white tote bags and cut a piece of orange cardstock to cover the front. From there, we used black card stock and the spider pattern to cut out a cute spider for each one. We added a piece of jumbo ric-rac and drew a cob web in the corner. 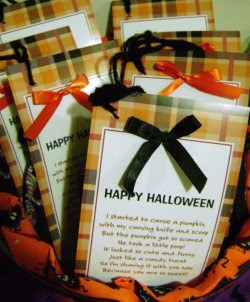 We made Halloween Draw String bags, filled them with candy corns and attached the Pumpkin Poop cards. 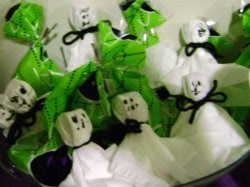 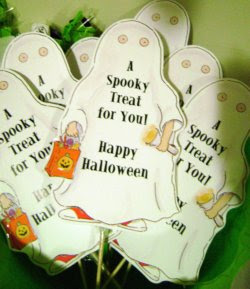 A Spooky Treat for You

We taped giant lollipops and the test-tube HexBug Nanos to the back of these cards. 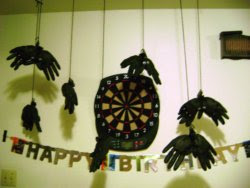 We made bats out of latex gloves that we stuffed with popped popcorn and hung from the ceiling with yarn.

Then the morning of the party we set to work making our food. 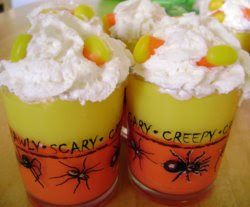 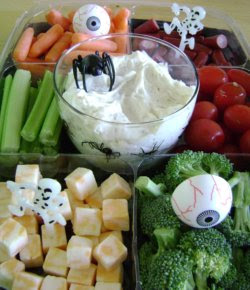 We made Cemetary Swamp Dip and served with cheese, turkey links and veggies. 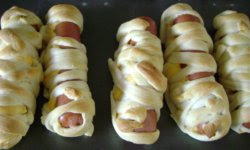 We served Mummy Dogs for the main entree…it was a great hit with the kiddos. 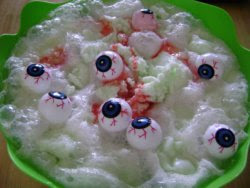 To wash it all down we made Zombie Punch complete with bloody eyeballs.

Then the guests arrived and we started with games. 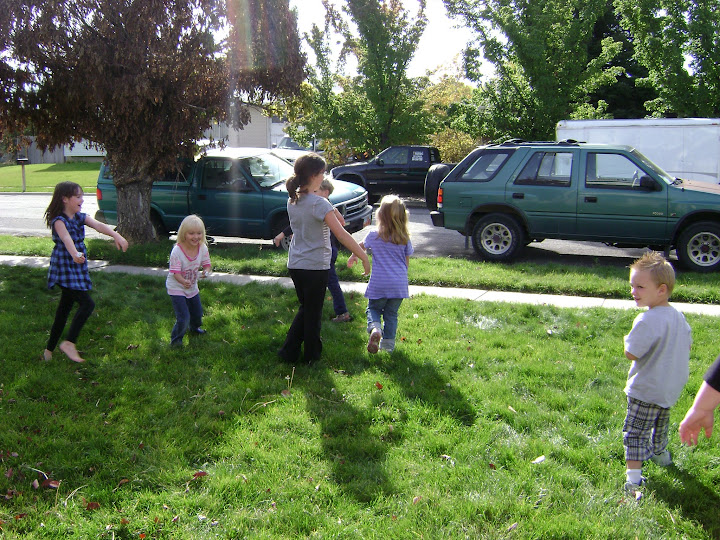 Then the kiddos came inside and had to weave through the spider’s web to find their own glow in the dark HEXBUG Nano Galileo  bugs (retail at $7.99 each).  Much like the original these HexBugs are easily seen in the daylight and with their new glow in the dark feature they’re not afraid of the dark!  The HexBug Nano Galileo Collection bugs are available at major retailers nationwide or at www.hexbug.com. 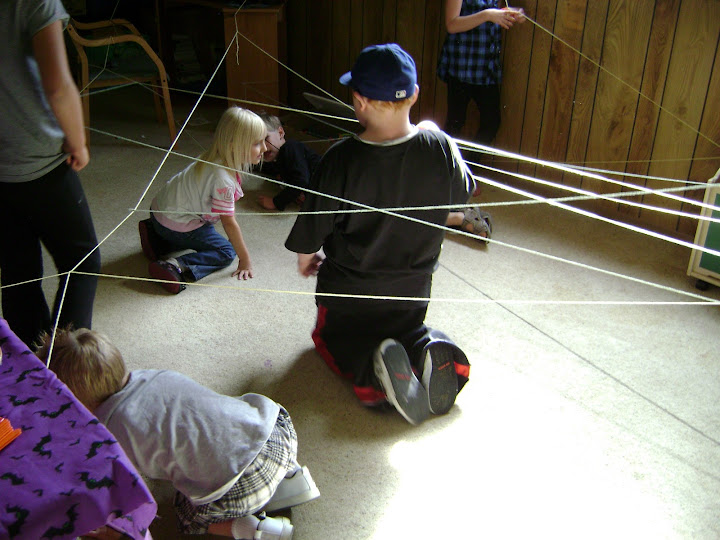 So for those who may not know what a HexBug is–they look like this:

Once everyone had their HexBug they used the Glow in the Dark Glow in the dark Hexbug Nano Habitat Sets (retail at $29.99 each).  Make no mistake, whether holding HexBugs in your hand or letting them run amuck, they are creepy, buggy fun. Inside the customizable playground that snap together easily with the ten easy to connect pieces the fun is enhanced watching them scurry down the track and work their way out of the hexagon shaped landing areas. Available at major retailers nationwide or at www.hexbug.com to create a maze of fun for their HexBugs to explore and then they raced. 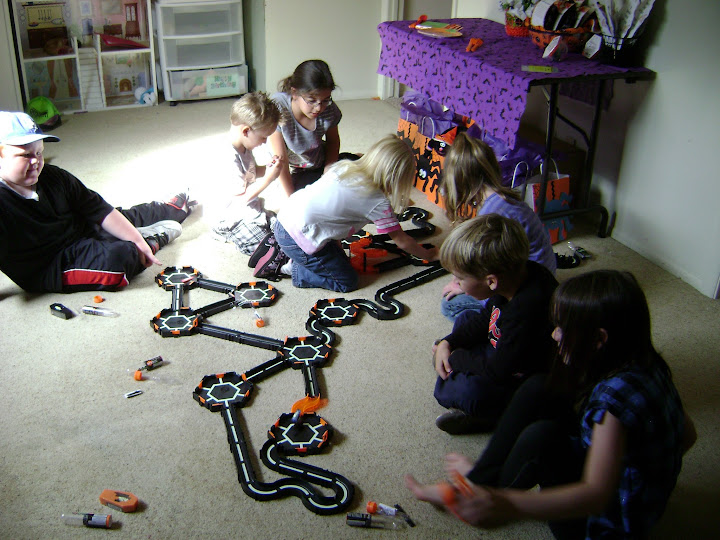 Then we brought out the Limited Edition HEXBUG NANO Halloween Zombie bugs (retail at  $9.99 each). The kiddos went crazy. Each of these exclusive HexBugs comes in the most fun coffin-shaped package and features a glow in the dark exoskeleton. They were by far the coolest party thing we had going! They’re available at RadioShack nationwide.

In addition to taking home their own HexBugs, each child also received HexBug Power Cells (retail at $4.99 each). Nothing is scarier than a kiddos favorite toy going dead.

As if all this creepy crawling goodness wasn’t paradise enough, the fine folks at HexBugs introduce Larva. I think they’re disgusting. The kiddos think they’re plump and delightful.

In the end, the party was a sensation. Li’l Man thanked his guests, invited them back for more HexBug games and then made a wish on his candles. 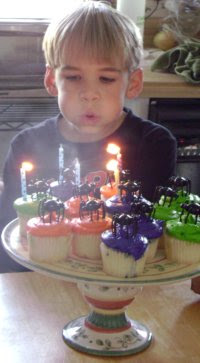 Li’L Man blows out the candles

I was provided an amazing party kit through MommyParties to facilitate this review by holding my own Hexbug Halloween Party. The opinions, where expressed are my own and were in no way influenced by the sponsor. Others experiences may vary.

Wow! It looks like you had an amazing day with lots of those fun little cock-roachy creatures that every kid seems to be mesmerized by! :0)