Skip to Content
Post Views: 0
Munchie MugReview
My Li’l Man is a lazy piggy. He has always allowed these two traits to be his dominant ones. He eats and it’s it looks like a food fight took place–but there was only one! I’ve vacuumed up Cheerios, Teddy Grahams and raisins from the floor, the couch, the car. Li’l Man has been like Hansel, leaving a trail of food behind should he ever lose consciousness and forget where the kitchen is!

Be still my heart.

Available in three colors: blue, yellow and pink it’s bringing my sanity back! Freeing up some time for me to scrub walls instead of suck up snacks with the appliances!

It looks innocent enough. In the picture above the Munchie Mug sports an ordinary lid making it perfect for the purse, the backback and general storage. 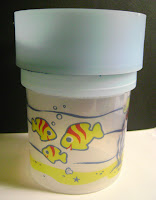 It’s still deceptive. The Munchie Mug, switches hat to this light blue one with a rim. It taunts you doesn’t it? 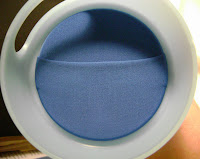 It’s all coming together. This is the top view of the Munchie Mug. It’s sheer genius! Go ahead, stick your hand in there….

Go ahead reach in!
Shake it! 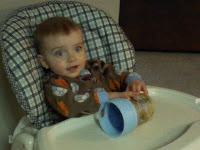 Snacks are safe inside and my floor, my couch, my car stays clean and I’m screaming “Yeah, Baby!”

Munchie Mug has a soft fabric closure that overlaps making it a clever cup and spill resistant!

Experience bliss and go vacuum-free with Munchie Mug, available for just $15.95! Every Munchie Mug is made in the U.S.A.!

You know you want one!

Disclosure: No monetary compensation was offered or accepted for this post.  I received a Munchie Mug from the sponsor in order to facilitate an honest review. The opinions are my own and in no way influenced by the sponsor. Others experience may vary.
We appreciate your subscription to Mommy’s Memorandum