Make this Copycat Taco Bell Bean Burritos recipe at home in about the same time it takes to go through the drive-through.

The Taco Bell Bean Burrito is a simple, meatless burrito.

A flour tortilla is filled with beans, onions, cheddar cheese, diced onions (optional), and the delicious Taco Bell Red Sauce, we’ll show you how to make it all right here.

When the schedule is on overload, we make a run for the border for Taco Bell Bean Burritos.

How about one for 19 cents at the original Taco Bell (read about it on the HuffPost)? 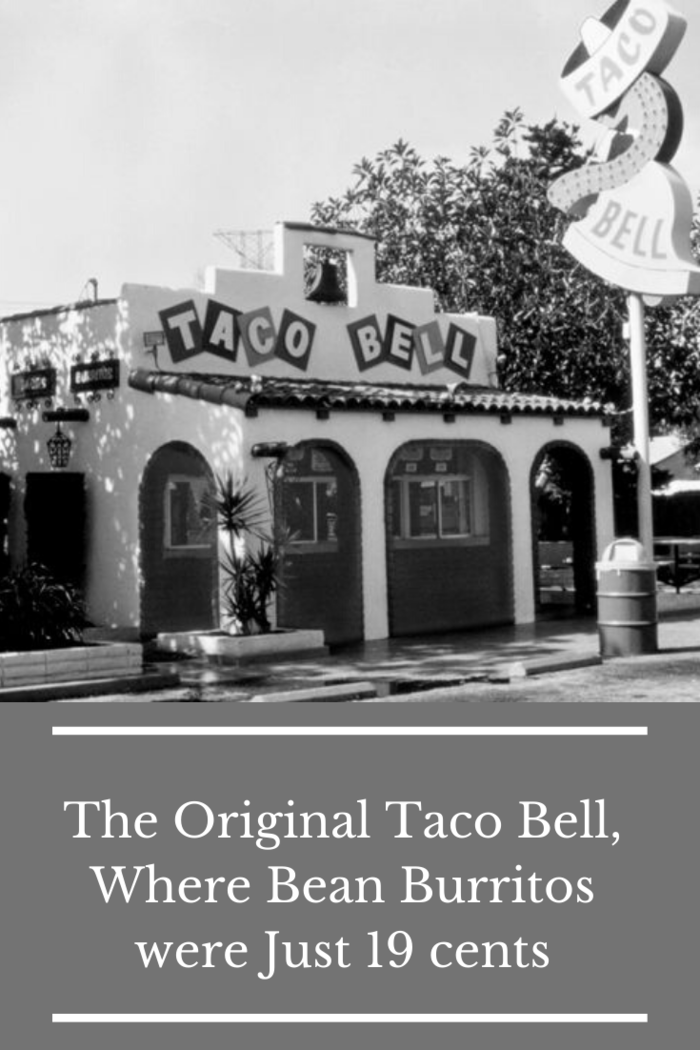 They have been a part of my diet since high school.

I’d save my lunch money for the long walk home and buy a couple of Taco Bell Bean Burritos and savor them as I wandered home.

They are relatively inexpensive, and my kiddos seem to like them.

We aren’t alone; Over 2 billion tacos and 1 billion burritos of all varieties are served in Taco Bell restaurants each year.

I can make Taco Bell Bean Burritos in my kitchen in less time than it takes me to go through the drive-through.

Sure, it’s easy to hat up that can of refried beans, but this recipe is just a few simple steps to tacos made more flavorful. 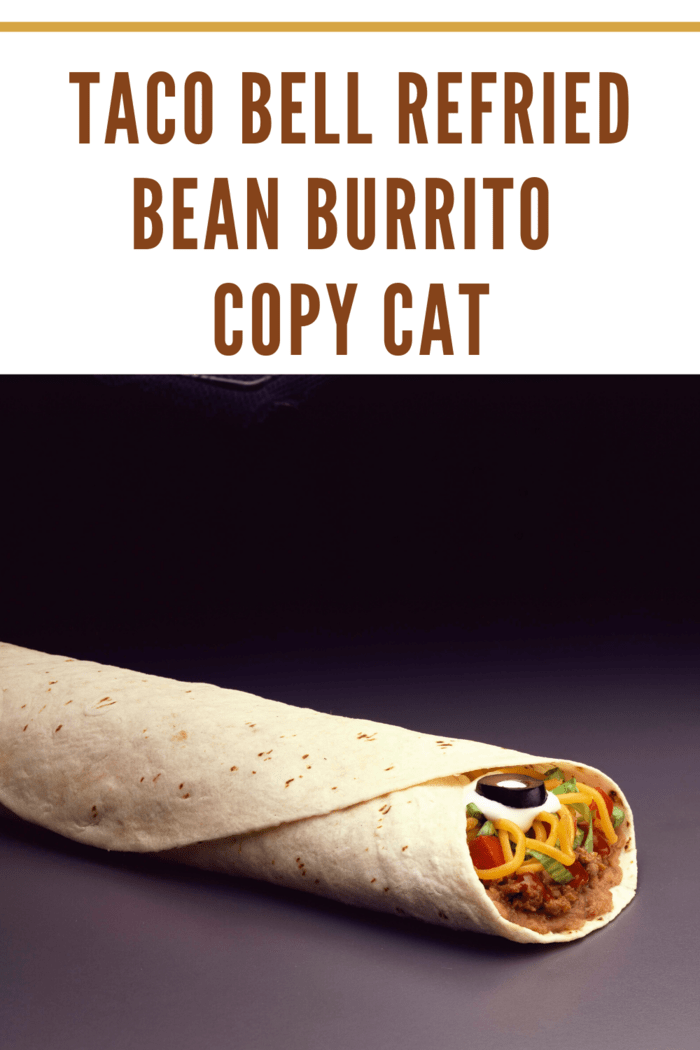 Taco Bell Bean Burritos are cheap so why both making them at home?

I like that I know exactly what is going into each and every one.

I control the ingredients.

Besides, this recipe is so simple to make and even more budget-friendly than the actual Taco Bell Bean Burritos.

I usually have the ingredients on hand, in my pantry.

My children don’t even care that the era of the Taco Bell Dog was saying, “Yo! Quiero Taco Bell!” is over.

Taco Bell Bean Burritos are an excellent make-in-minutes lunch recipe and are perfect to make ahead of time.

Perfectly freezer-friendly for a pre-made meal that you can take on the go.

They’re also wonderfully kid-friendly and make an easy dinner any night of the week or curb the craving when you want Mexican!

Here’s a fun fact: The “Bell” in Taco Bell comes from the founder’s last name.

In the early 1960s, Glen Bell wanted to open a miniature golf course.

That idea wasn’t up to par so…he opened a hamburger restaurant. 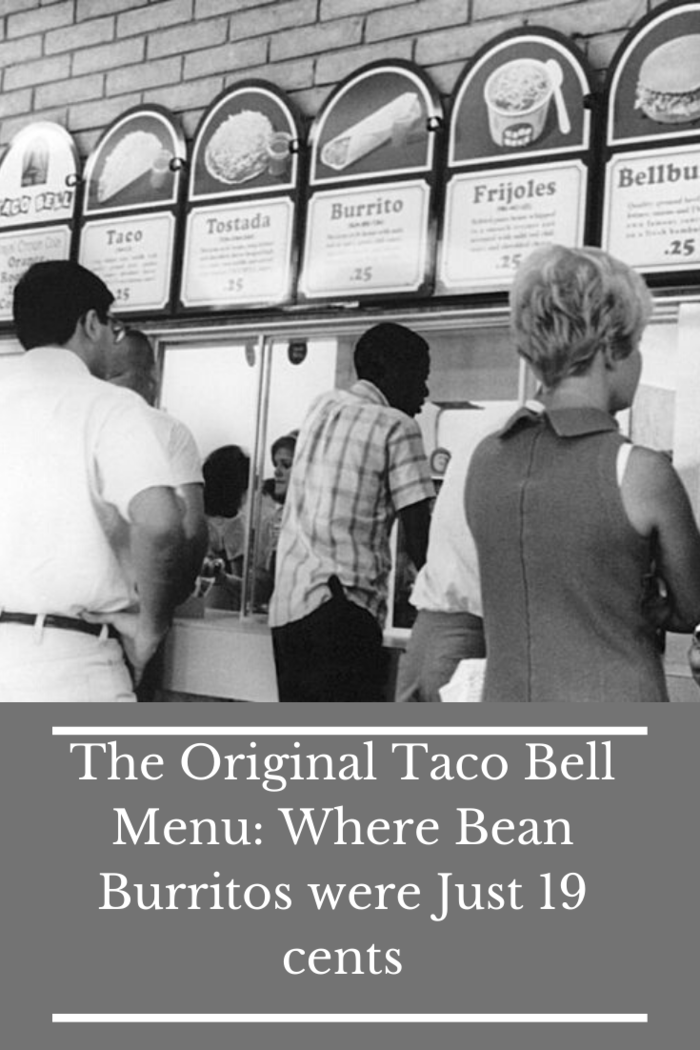 Finally, in 1962, he “thought outside the bun,” and opened a restaurant in Downey, California, called Taco Bell.

Five years after that, the company went public.

Did you know the Mountain Dew BAJA BLAST was made specially to go with great-tasting Taco Bell® food?

Taco Bell has attempted to enter the Mexican market twice.

After a highly-publicized launch in Mexico City in 1992, all the restaurants were closed two years later.

In September 2007, Taco Bell returned to Monterrey, projecting an American image with an Americanized menu that included french fries, but it closed in January 2010 due to low patronage.

Wondering what sauce is in Taco Bell bean burrito?

We hacked the secret recipe and now you can make the Taco Bell Red Sauce at home.

There’s no need to save the packets of sauce from Taco Bell, we have an easy homemade red sauce, that tastes incredibly like Taco Bell’s and you can make it in minutes.

It stores easily in the refrigerator.

What does Taco Bell put in their bean burritos? 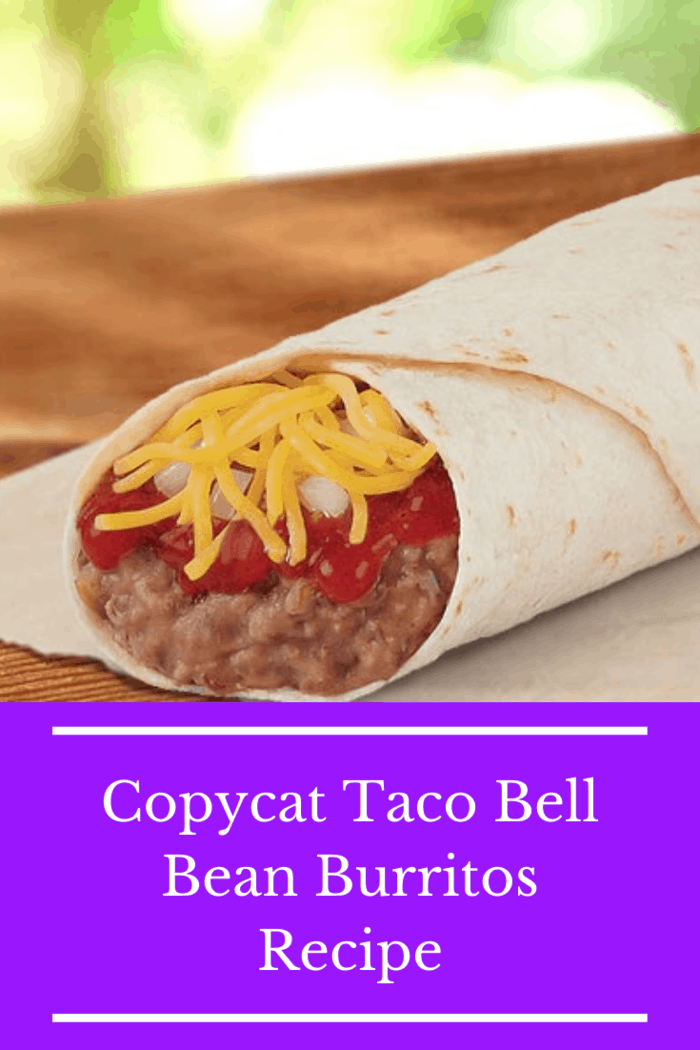 In a small saucepan, over medium-low heat, prepare the sauce by mixing the first eleven ingredients (tomato sauce through cayenne pepper).

To make the burritos, heat the refried beans in a small sauce pan over low heat.

One at a time, heat the tortillas in a warm skillet over low heat for about 30 seconds on each side.

Top each heated tortilla with one-third of the beans, placing in the center of the tortilla, and a tablespoon or more of the sauce.

Add the onions and shredded cheese, fold the tortilla sides over the filling and roll up tightly. 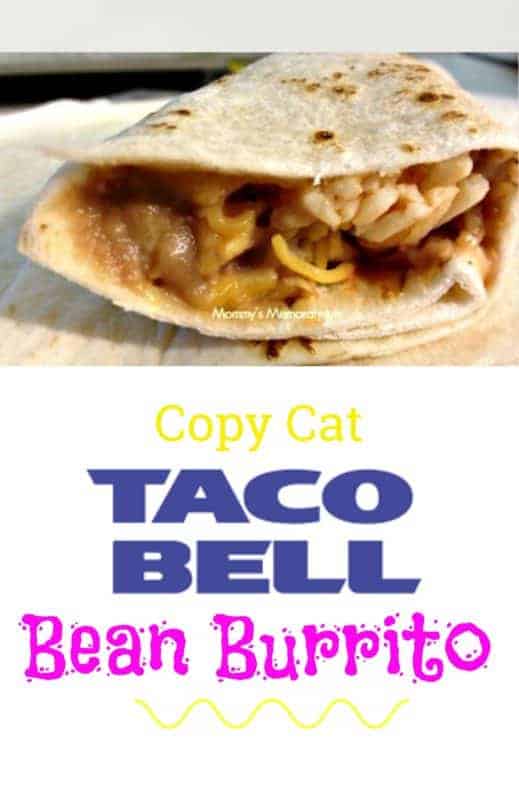 You can also turn this into a Copy Cat Taco Bell Pintos and Cheese:

Ingredients (same as above)

Preheat the oven to 350-degrees Fahrenheit.

Spread can of beans in prepared baking dish.

Spread prepared red sauce over top of onions and beans.

Place on center rack in preheated oven and bake for 25 minutes. 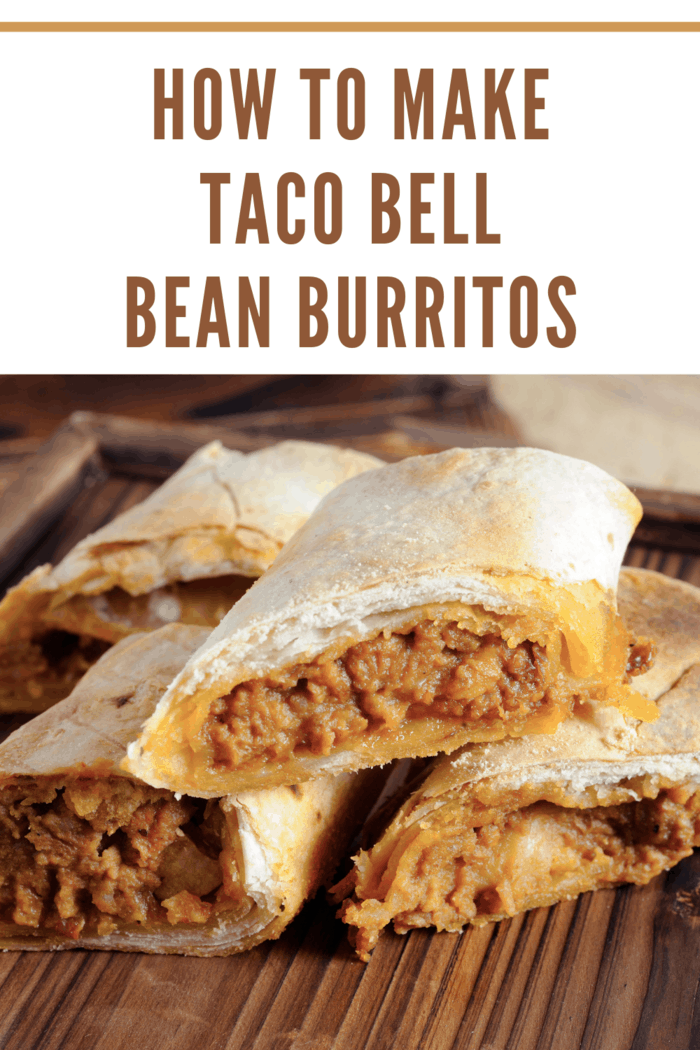 Go from meatless to a meat burrito by adding seasoned ground beef or chicken.

You can use black beans (great recipe on Today’s Best Recipe) instead of refried or try mixing the two.

Try adding rice to your burrito.

Change the flavor profile with your favorite cheese.

Set up a Burrito Bar.

There are so many easy and delicious add-ins you can add to your burritos. My family loves when we can make a homemade version of our favorite restaurant recipes, like these homemade (taco bell) bean burritos.

With this easy Taco Bell Bean Burrito Copycat, you’ll have all the cheesy flavor of a bean burrito from Taco Bell without having to leave the house.

Copycat recipes, like this one, are also great because you can experiment with the ingredients to find a combination that’s personalized to you and your taste.

Nutritional INformation may not be accurate

The Website uses Mediavine to manage all third-party advertising on the Website. Mediavine serves content and advertisements when you visit the Website, which may use cookies. Mediavine may collect IP addresses and location to serve personalized ads.  If you would like more information about this practice and to know your choices to opt-in or opt-out of this data collection, please visit http://www.networkadvertising.org/managing/opt_out.asp.
Necessary Always Enabled
Necessary cookies are absolutely essential for the website to function properly. This category only includes cookies that ensures basic functionalities and security features of the website. These cookies do not store any personal information.
Non-necessary
Any cookies that may not be particularly necessary for the website to function and is used specifically to collect user personal data via analytics, ads, other embedded contents are termed as non-necessary cookies. It is mandatory to procure user consent prior to running these cookies on your website.
SAVE & ACCEPT
Skip to Recipe
8869 shares
error: Content is protected !!