We received The Cheesecake Bible Second Edition by George Geary in exchange for this post. All opinions and our love for all things cheesecake remain our own.

Remember The Golden Girls eating cheesecake on their television series, and we wanted it to be our nightly ritual as well? Those cheesecakes were real, and the luscious and delicious cheesecakes and many other foods made for hit sitcoms were made by pastry chef George Geary.

His cheesecakes are so good that they became one of his most popular culinary calling cards, leading to his first cookbook, 125 Best Cheesecake Recipes, in 2001. It was such a hit that fans asked for a follow-up book, and The Cheesecake Bible was published in 2008 to become a best-seller. 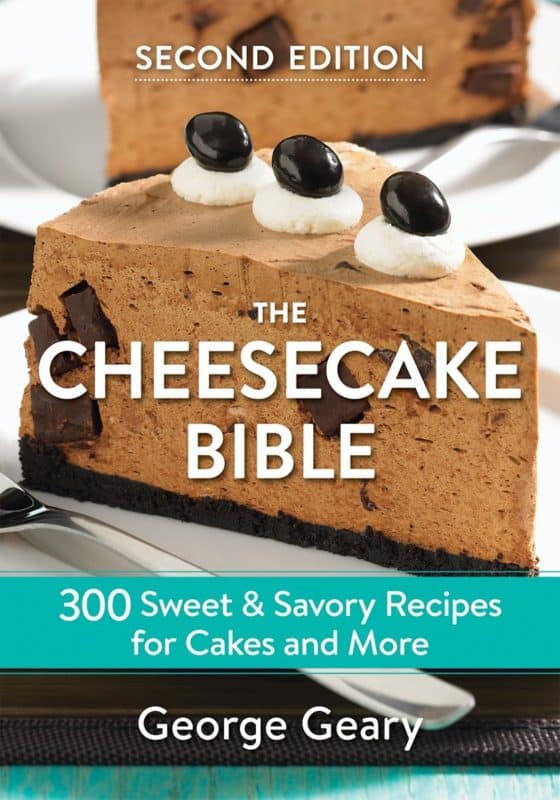 Geary is back, expanding his cheesecake repertoire with even more recipes in The Cheesecake Bible Second Edition.

The Cheesecake Bible Second Edition by George Geary is a must-have cookbook for anyone that loves to eat, bake, and share creamy delightful cheesecake desserts. Nestled between the pages, deliciousness awaits with 300 Sweet and Savory Recipes for Cakes and More. You’ll love these easy-to-follow recipes, sauces, and toppings, plus beautiful full-color photographs that will inspire you to bake the perfect cheesecake.

Each recipe features everything you need to create delicious fail-safe cheesecakes, including helpful tips, techniques, and frequently asked questions from his students. 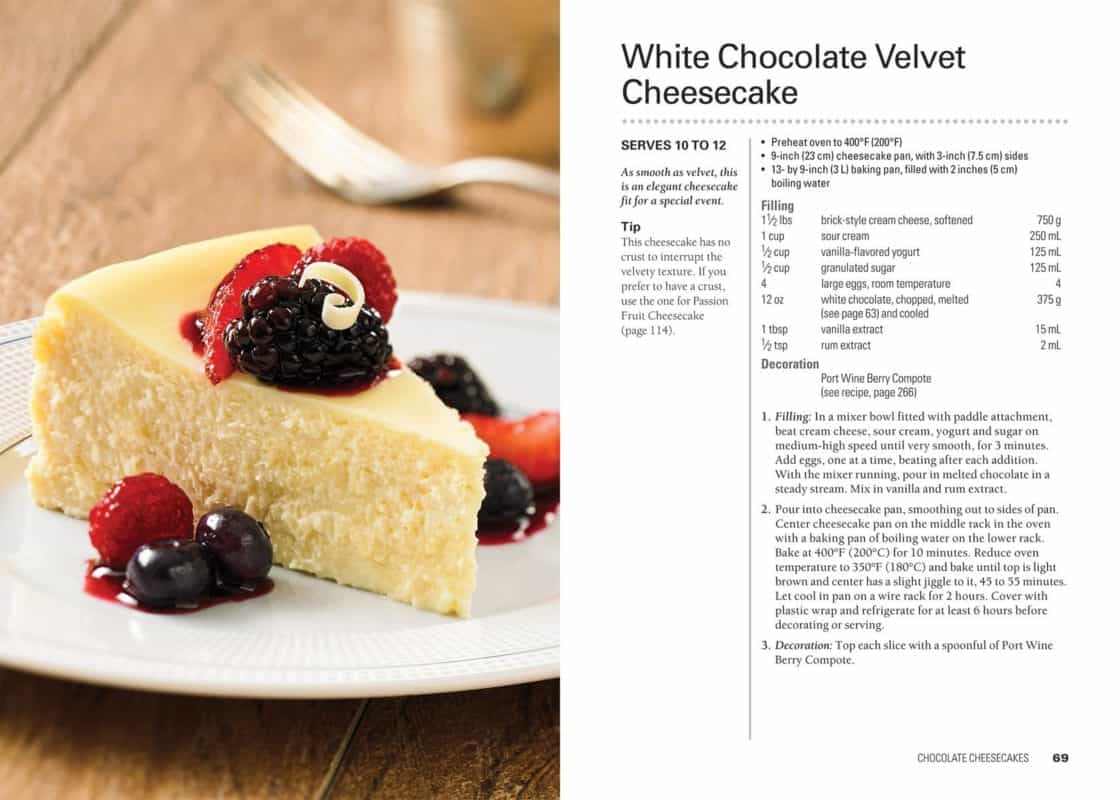 The Cheesecake Bible Second Edition brings to the reader what we all crave, creamy, well-crafted cheesecake. It takes that bakery or restaurant cheesecake we can’t stop thinking about and makes it possible to create in our kitchen at home. Because, seriously, homemade can be better than bakery-made.

Cheesecake can be easier to bake than traditional cakes, and the result is rewarding and impressive.

I love the extensive how-to instructions. There’s something to be learned in the tips and techniques features. It’s genuinely like the name says, “The Cheesecake Bible,” providing everything needed for creating perfect cheesecake after cheesecake. 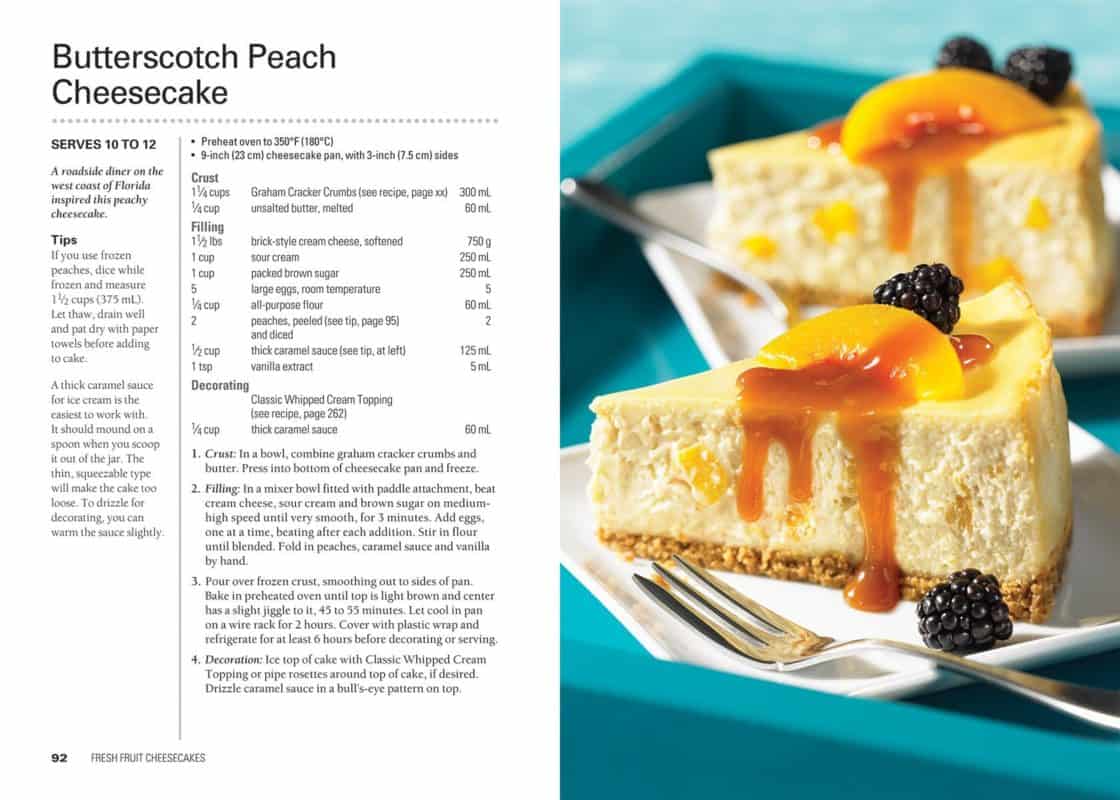 Geary offers more than just the traditional cheesecake; he elevates the recipes with an array of flavors from classic vanilla and chocolate to those brightened by citrus or nutty. There’s a flavor for anyone. 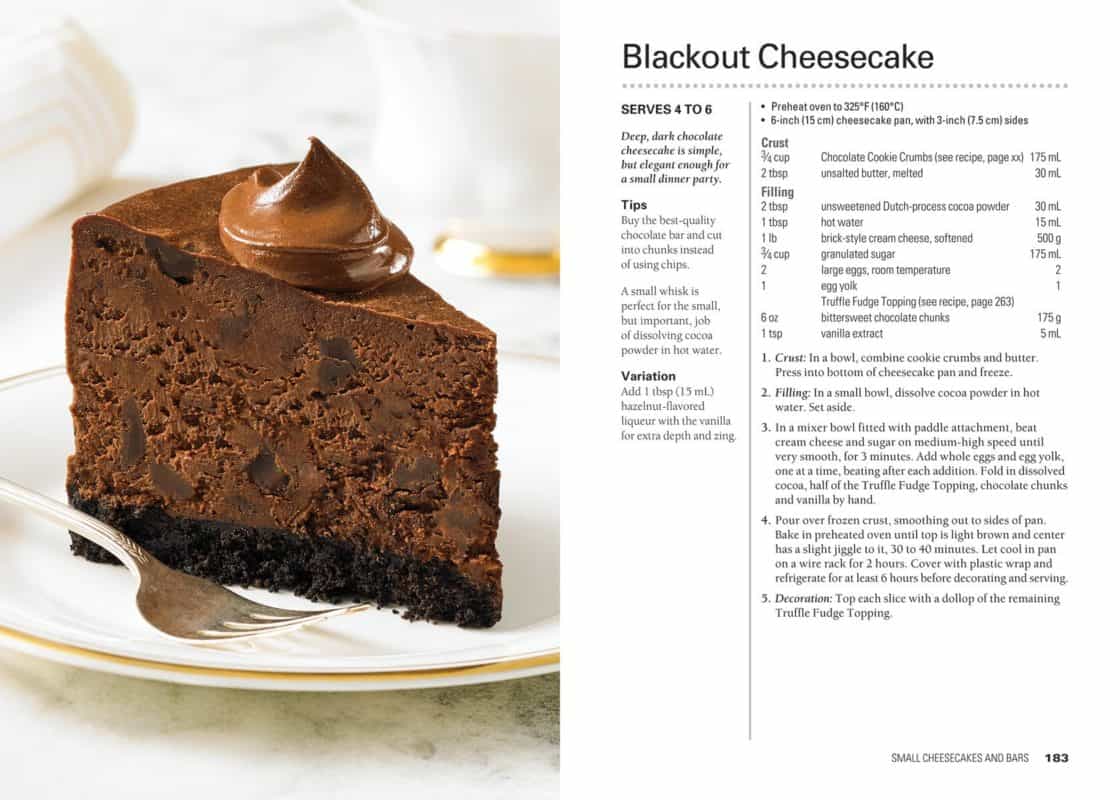 George Geary teaches baking and cooking techniques at more than 100 cooking schools across North America every year. He is a food journalist and the author of five cookbooks.

The Cheesecake Bible Second Edition makes a great gift as we head into the holiday season!

The Website uses Mediavine to manage all third-party advertising on the Website. Mediavine serves content and advertisements when you visit the Website, which may use cookies. Mediavine may collect IP addresses and location to serve personalized ads.  If you would like more information about this practice and to know your choices to opt-in or opt-out of this data collection, please visit http://www.networkadvertising.org/managing/opt_out.asp.
Necessary Always Enabled
Necessary cookies are absolutely essential for the website to function properly. This category only includes cookies that ensures basic functionalities and security features of the website. These cookies do not store any personal information.
Non-necessary
Any cookies that may not be particularly necessary for the website to function and is used specifically to collect user personal data via analytics, ads, other embedded contents are termed as non-necessary cookies. It is mandatory to procure user consent prior to running these cookies on your website.
SAVE & ACCEPT
164 shares
error: Content is protected !!