Trying to conceive can be an exciting but anxious time. Often women will eagerly wait to see if they miss their period, taking this as the first sign of pregnancy.

However, there are many early tell-tale signs that you may notice before your period is due.

Nevertheless, these signs do vary. Some women experience many symptoms, whilst others experience none.

Am I Pregnant? The Very First Signs Of Pregnancy

The only way to know for sure

It’s important to note that many early pregnancy signs could be related to other things, such as the start of sickness or the onset of your period.

Many early symptoms are, in fact, very similar to premenstrual symptoms.

For that reason, the only way to be sure is to take a pregnancy test.

If you are not comfortable about getting diagnosed at a clinic, you can use a home Pregnancy Test kit.

Tests generally cannot be taken until 5 days before your period is due.

So, in the meantime, here are some of the early signs to look out for. 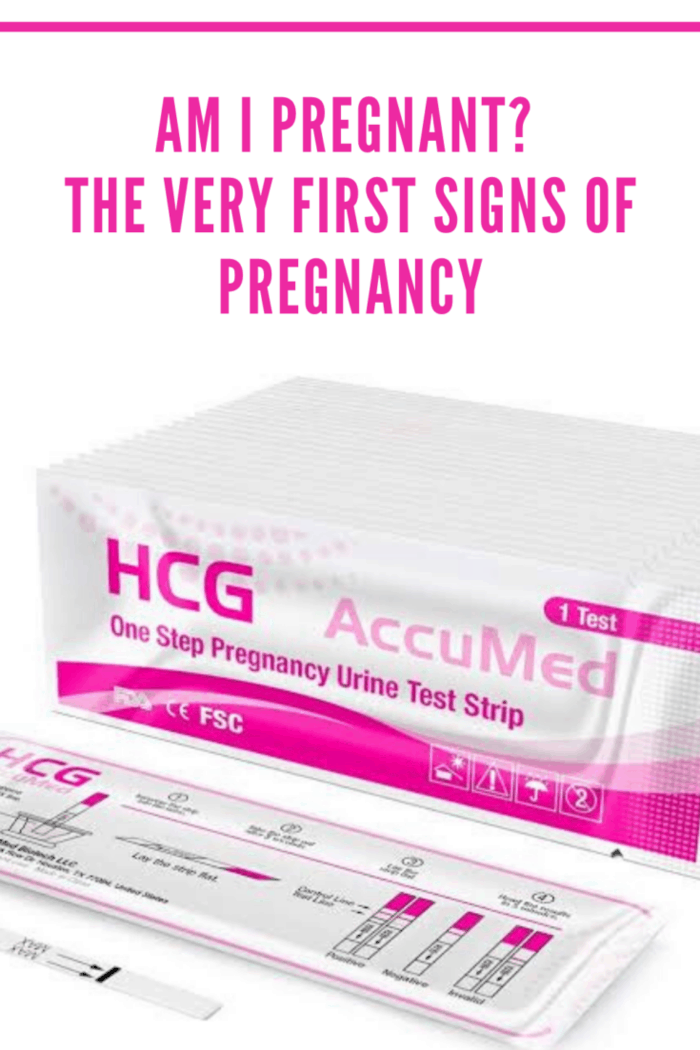 Fatigue can develop at any time during pregnancy.

However, you may start to feel tired and low in energy just one week after conception, making it one of the earliest signs.

This is mainly due to the hormone progesterone rising significantly during early pregnancy.

High progesterone can make you feel sleepy and tired.

Your body is also producing more blood, which might lower your blood sugar levels and blood pressure, resulting in fatigue and low energy. 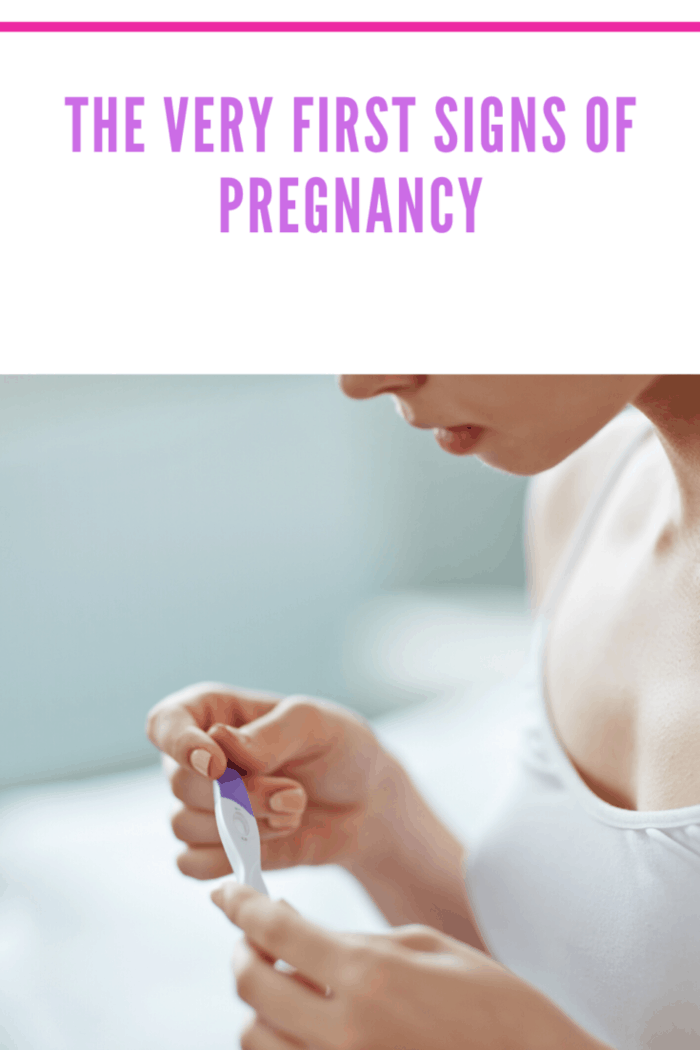 Nausea with or without sickness

Nausea is the most well known early pregnancy symptom, beginning as early as two weeks from conception.

The reason why so many women experience nausea in early pregnancy is not fully known, but it does seem to stem at least partly from rising levels of estrogen.

Pregnancy also activates a heightened sense of smell, which can trigger this feeling further.

Also, despite being given the name ‘morning sickness,’ it can occur at any time of the day or night.

For many women, this is the symptom that prompts them to take a pregnancy test.

However, not all women will experience nausea at all during pregnancy.

For most of those who suffer, the sickness should start to subside by the 13th or 14th week of pregnancy. 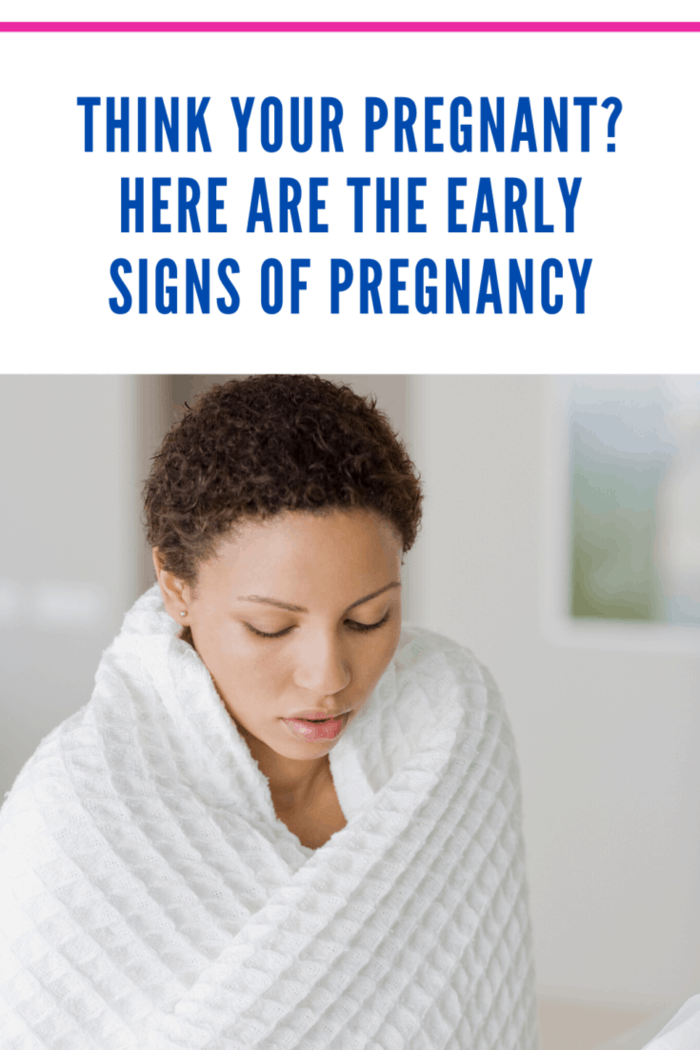 One of the earliest signs of pregnancy is changes in the breasts, particularly the nipples.

As early as two weeks after conception, changes in your hormone levels could result in your breasts and nipples feeling sensitive, tender, tingly, or sore.

Some women also report a feeling of fuller or heavier breasts. 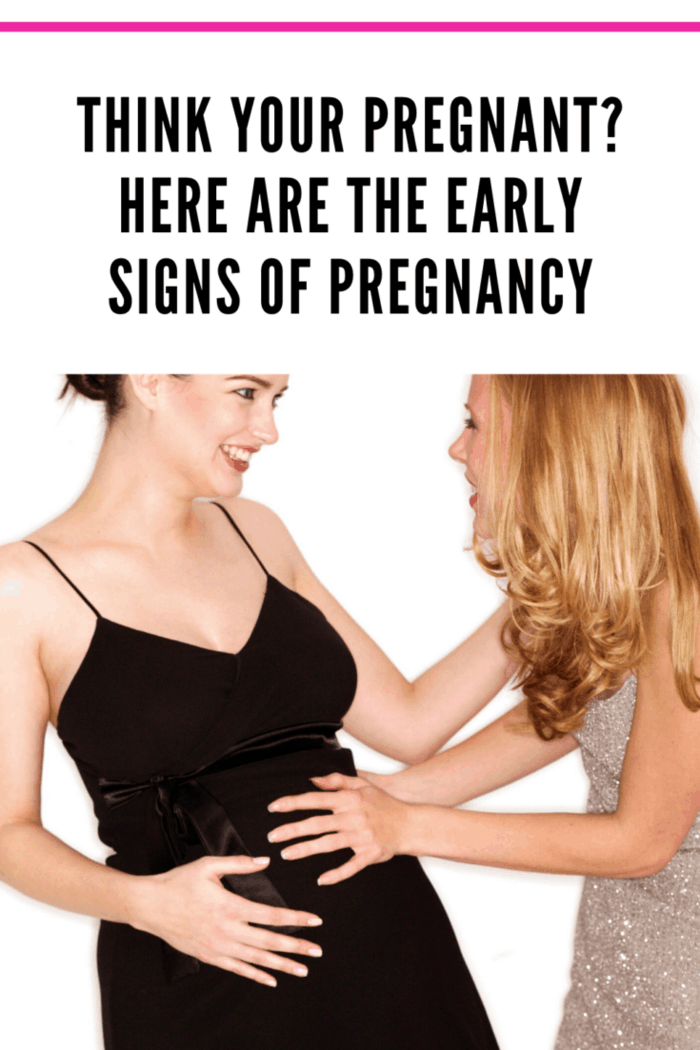 Around 6-14 days after conception, the fertilized egg implants itself onto the lining of the uterus.

It could be seen as spotting (blood present when wiping) or looking like a very light period.

The implantation process can also cause cramping, which feels very similar to period pains.

Because of this, many women mistake these early pregnancy signs for the start of their period.

However, implantation bleeding usually only lasts between 1 to 3 days.

Along with the light bleeding, white, milky discharge can also occur for some women.

A rise in body temperature

A more subtle sign of conception is noticing a change in body temperature.

You may feel hotter than usual, especially during exercise or in hot weather.

This is because your basal body temperature rises during the first few weeks of pregnancy.

During a normal menstrual cycle, your core body temperature increases after ovulation and remains at that level until your next period.

Therefore if your basal temperature has been high for longer than 2 weeks, it could indicate pregnancy.

This is not an extensive list of possible symptoms. 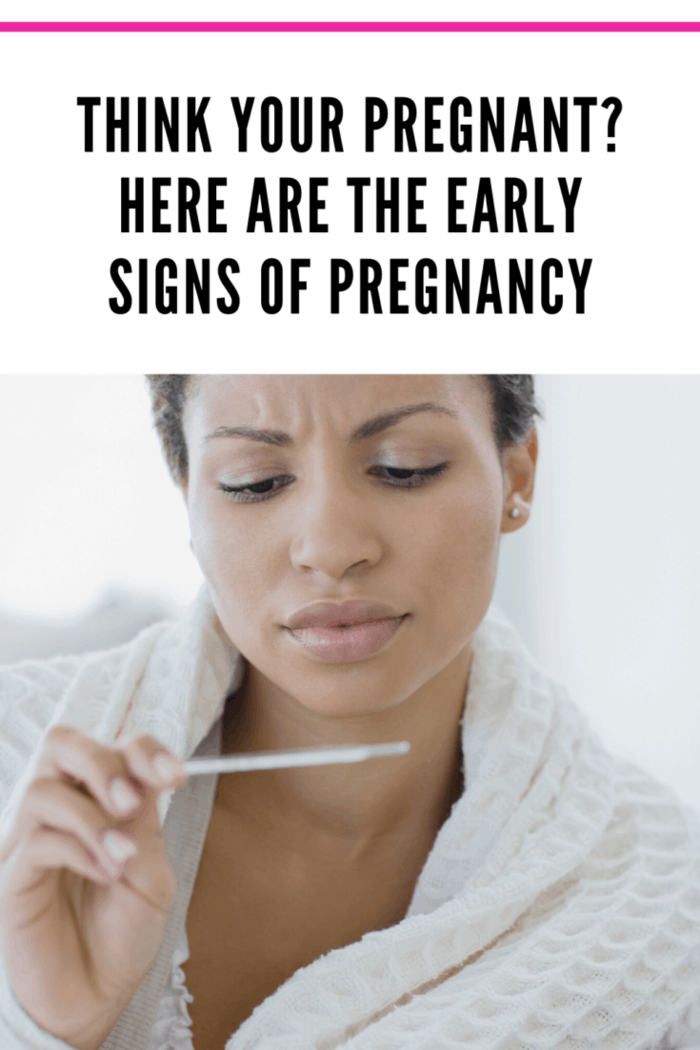 Other symptoms that have been reported during the first few weeks and months of pregnancy include:

Mood Swings due to hormonal changes

Headaches and back pain

Dizziness due to lowered blood pressure and blood sugar levels

Remember, none of these signs and symptoms is unique to pregnancy, and none guarantees that conception has occurred.

If you experience any of these symptoms and believe you may be pregnant, the best thing to do is take a pregnancy test and book an appointment with your doctor or healthcare provider for a healthy pregnancy.