Extreme Couponing is Ruining My Savings

While I would never venture to say I am an extreme couponer, I do appreciate the savings coupons offer my family. They allow me to stretch our budget and sometimes indulge in something we normally wouldn’t without the coupon. I do not have a massive over-stock, nor a room dedicated to food. We buy what we need, what we will use and keep it at that.

As Extreme Couponing is being aired by TLC my world is changing. I’ve watched the show only once and it made me angry. I don’t feel the show depicts the reality of those extreme couponers. They don’t consider the cost of the coupons they are purchasing nor do they condemn some blantantly immoral doings.

Andrea Woroch,  a media expert source on The Today Show, NBC Nightly News, FOX & Friends, ABC News NOW, MSNBC, Kiplinger Personal Finance, Smart Money and many more feels my pain as the stores I love to shop and coupon with are tightening the rules and limiting my savings. She shares her thoughts and some great coupon do’s and don’t’s.

A recent article on The Consumerist found the TLC show, Extreme Couponing, has sparked a trend of out-of-control couponers who ransack stores with little regard for fellow shoppers. Merchants have taken notice and many major retailers are starting to change their policies. Here are some of the big ones.

Rite Aid
Rite Aid has taken the same steps as Target to crack down on shoppers looking to exploit BOGO coupon offers. The drug store chain has also made other changes including limiting the number of coupons per item to four. If inventory is running low, managers may limit the numbers further.

Target
The biggest change at Target comes to their buy one, get one (BOGO) policy. They now only allow one BOGO coupon per purchase. Previously, customers could “stack” Target printable coupons, combining store and manufacturer BOGO coupons to get both items for free.

Walgreens
Many high tech shoppers have even started to crack coupon barcodes, allowing them to use coupons on products they’re not intended for. Walgreens is working to combat this fraud by adopting a new type of barcode. New barcodes will be able to hold more data and can better make sure Walgreens coupons are used for the right product.

Publix
At Publix stores throughout the country they’re also limiting the number of coupons that can be used on one product. Their new policy limits couponers to one manufacturers coupon and one store coupon per item.

Shopping with coupons is certainly a smart way to save, but there are right and wrong ways to do it. Here are some basic do’s and dont’s to help you coupon with class.

DO play by the rules. Couponing isn’t too complicated and common sense should get you by in most cases. Rules vary store to store, so if you’re planning to use a large amount of coupons, it helps to brush up on coupon policies before you shop. This includes making sure you’re buying the item the coupon is intended for and checking to see if they’ll accept expired coupons or not.

DON’T clear the shelf. In the eyes of casual shoppers, clearing entire shelves of popular sale items crosses the line between couponing and hoarding. If you really want to stock up on certain products, try making multiple trips or call ahead and ask a manager if they’ll set aside an order for you.

DO be organized before you check out. It’s a nightmare for cashiers and people waiting in line when you hand over a haphazard pile of miscellaneous coupons. It’ll be much appreciated if you clip them before hand and make sure they’re all facing the same direction. Also, remember to remove coupons for products you didn’t end up buying. If you are using mobile coupons, have them ready on your smartphone for the cashier to scan.

DON’T shop during the busiest times. The stress level of those waiting in line during peak times is high enough. Using dozens of coupons takes time and will only irritate other shoppers. Instead, go shopping when business is slow. It takes the pressure off to complete the transaction as quickly as possible for both you and the cashier.

DO be polite to the cashier and fellow customers. Sure, you might have some knowledge other customers and even clerks don’t, but it’s no excuse to treat others like they’re beneath you. If a cashier isn’t familiar with coupon policies, stay calm and ask to speak with a supervisor. They’re much more helpful if you don’t lose your cool. When your cart is overflowing, give those behind you a heads up that you’ll be using coupons. If someone is waiting with just a loaf of bread and gallon of milk, let them cut ahead.

DON’T steal coupons! A growing trend turning the tide against couponers is theft. Newspapers and newspaper subscribers are increasingly finding coupon inserts stolen. This is a big no-no and can get you into some serious trouble. Many people will willingly part with their unused inserts if you ask nicely. 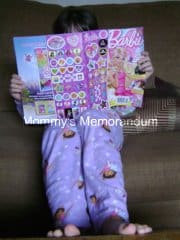