There was a day that my Facebook feed exploded.

There was a new Disney Princess, the first of her kind, a Latina Princess.

Her name, Elena. Elena Castillo Flores to be exact; she’s better known as Elena of Avalor.

Elena is from a place called Avalor.

Her kingdom of Avalor is magical, and it’s Elena’s mission to save it from an evil sorceress and rule it as Avalor’s crown princess.

Elena may be young, but she exhibits traits of a great leader–thoughtfulness, compassion, resilience, and smarts!

By all appearances, Elena looks 16.

However, she spent 41-years inside the Amulet of Avalor).

You probably already know her story.

The series features Aimee Carrero as the voice of Elena.

Adios Elena! Disney TV Animation has announced that Elena of Avalor has been canceled after its third season.

Grab the free Elena and the Secret of Avalor printable activity sheets below and explore the world of Avalor! 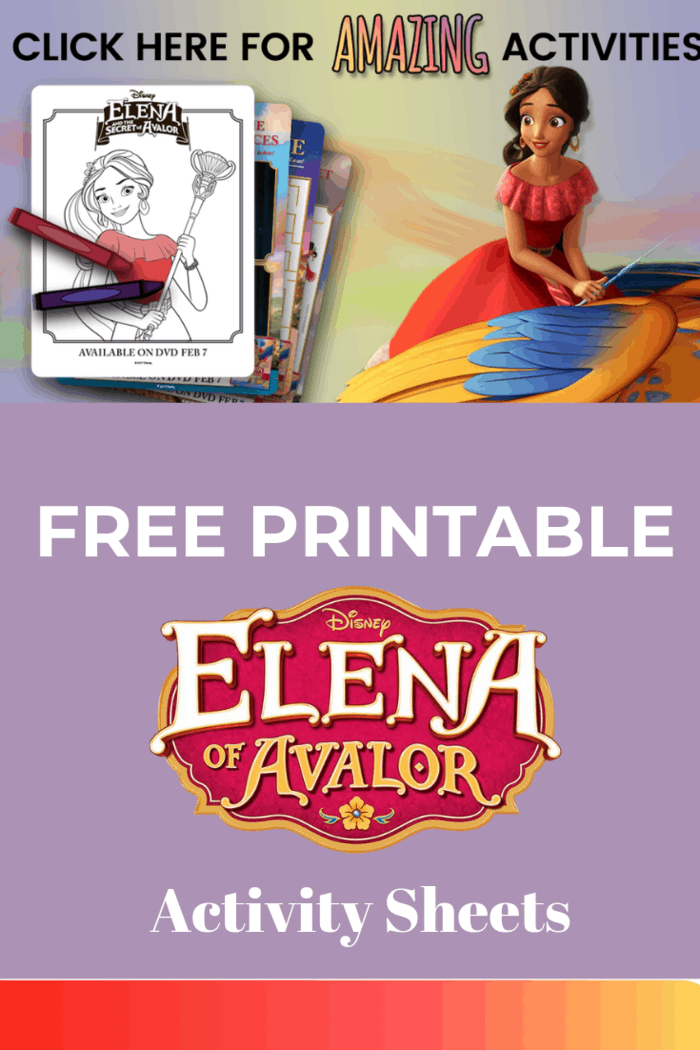 Now, Disney’s newest Princess comes to DVD with the release of Elena and the Secret of Avalor to tell the story of how Elena’s adventures in Avalor began! 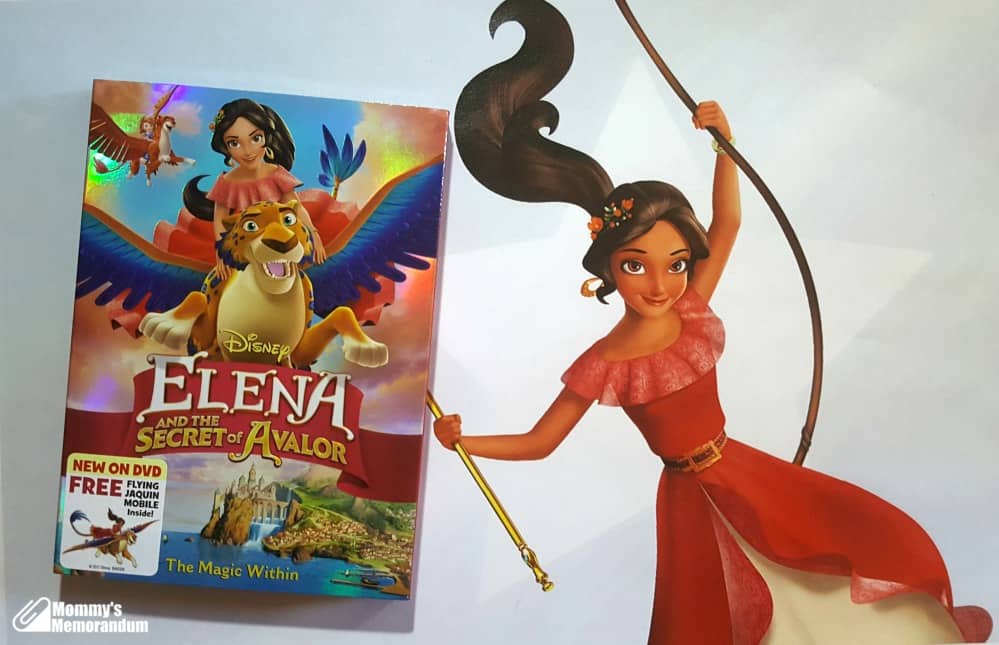 It is the story of her frozen in time and trapped inside the Amulet of Avalor for over forty years, Elena has finally found the one, brave princess who can set her free: Sofia of Enchancia!

With help from magical flying Jaquins, spirit animal Zuzo, and young wizard-in-training Mateo, Princess Elena must unite her people and battle the evil sorceress Shuriki (voiced by the legendary Jane Fonda) to reclaim her throne.

As the story goes, Elena chose to face Shuriki on her own.

When Shuriki tried to strike her down, the Amulet saved Elena’s life by pulling her inside it.

We love our Elena and the Secret of Avalor DVD.

We enjoyed so many laughs, met new characters and had so much fun being together.

To celebrate the release of ELENA AND THE SECRET OF AVALOR on DVD, here’s a new clip and FREE PRINTABLE Elena of Avalor activities!

To celebrate the release of ELENA AND THE SECRET OF AVALOR on DVD, here are FREE PRINTABLE Elena of Avalor activities!

Join the adventure and celebrate Disney’s newest princess by bringing home Elena and the Secret of Avalor!

We have even MORE PRINTABLE ACTIVITIES FOR ELENA OF AVALOR: REALM OF THE JAQUINS

My kids love themed activities that go along with shows they enjoy watching.

These printable pages are a fun way to turn a little TV time into learning time. 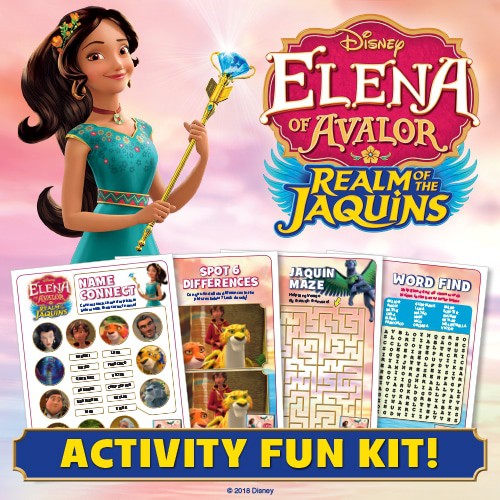 For even MORE fun, we have some free Elena of Avalor Printable Activity Sheets! They include two coloring pages, a maze and a spot the differences game.


We also have these Elena and the Secret of Avalor Activity Sheets to Create Party Decor!

The Website uses Mediavine to manage all third-party advertising on the Website. Mediavine serves content and advertisements when you visit the Website, which may use cookies. Mediavine may collect IP addresses and location to serve personalized ads.  If you would like more information about this practice and to know your choices to opt-in or opt-out of this data collection, please visit http://www.networkadvertising.org/managing/opt_out.asp.
Necessary Always Enabled
Necessary cookies are absolutely essential for the website to function properly. This category only includes cookies that ensures basic functionalities and security features of the website. These cookies do not store any personal information.
Non-necessary
Any cookies that may not be particularly necessary for the website to function and is used specifically to collect user personal data via analytics, ads, other embedded contents are termed as non-necessary cookies. It is mandatory to procure user consent prior to running these cookies on your website.
SAVE & ACCEPT
2 shares
error: Content is protected !!