You may have seen several iconic images of Celtic symbology in movies, pieces of artwork, decorations, and jewelry. Celtic symbols date back to the 8th or 9th century in Ireland and Scotland during the early Middle Ages. The designs represent an ancient culture focused on spirituality, family, and togetherness. Many icons are very intricate and describe woven patterns, while others incorporate plants and flowers.

Luckenbooth is a Scottish word that stands for a workshop or lockable stall.

They were initially dwellings for silversmiths and goldsmiths who crafted Celtic jewelry.

These brooches typically represent a token of love and are worn at weddings.

The brooch is heart-shaped and has a crown situated above one or two entwined hearts.

It typically shows two hands holding a heart with a crown at the top.

The heart represents love, the hands holding the heart symbolize friendship, and the crown stands for loyalty.

This Christian symbol usually is depicted as a ring surrounding a cross.

The cross itself represents faith.

The entire cross is covered in interwoven patterns decorating the cross and the ring around it.

It helped create a sense of heritage for Christians in Ireland and was often used for cemetery monuments.

The trinity knot is also known as the triquetra and symbolizes the maiden, mother, and crone.

It comes from the neo-pagan triple goddess cultural archetype that depicts the three life-cycles of women with ties to the moon’s phases.

It represents the Father, Son, and Holy Spirit in more recent times. 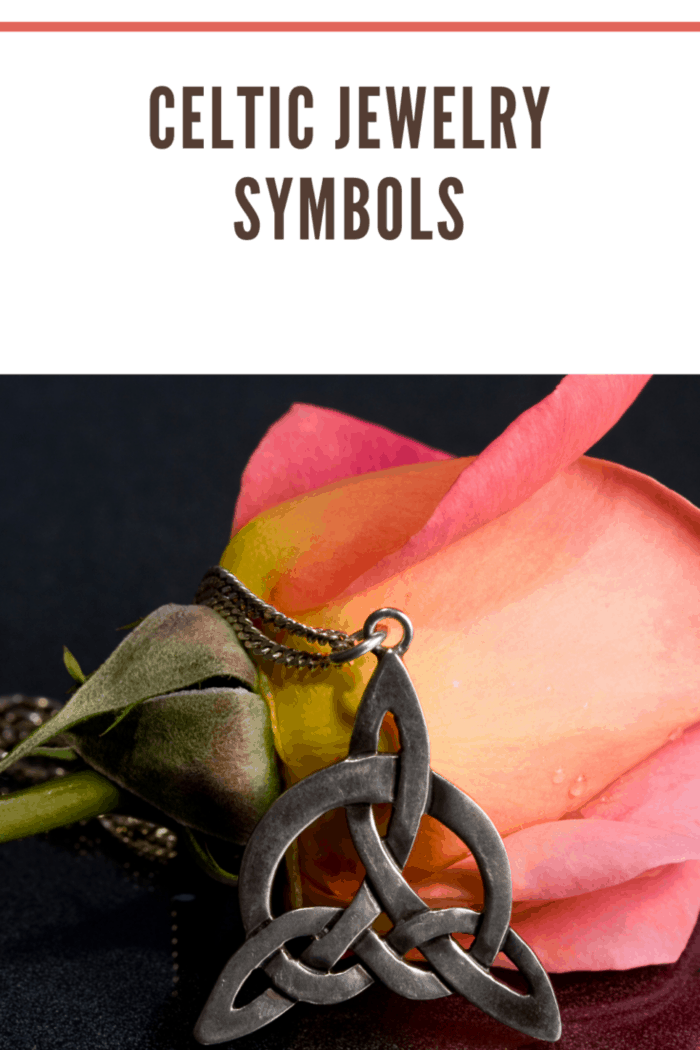 The Celtic Tree of Life

The Celts once believed that trees were the ancestors of humans and also functioned as a gateway to the world of spirits.

The Tree of Life also represents the bridge between heaven and earth, the cycle of life, and the mind-body connection.

The Irish harp is the official emblem of Ireland and speaks of the country’s musical history.

Playing the harp was part of Celtic musical tradition.

It has a triangular shape and is known as a clairseach in Irish and clarsach in Scottish Gaelic.

This beautiful spiral knot stands for eternal life and is one of the oldest Celtic symbols.

Some are three-sided, and others four-sided, representing the elements and forces of nature.

The continuous line represents unity and one spirit.

The thistle is the oldest recorded national flower and is the most well-known.

The ancient Celtic meaning behind the symbols stands for the nobility of character.

It typically is depicted as a red rose with a green stem and intricately patterned leaves.

The Celtic stag symbol looks like a stag’s head with antlers, and many detailed designs are woven into it.

Stags are seen as good creatures that are experienced and tough because only older male deers grow large antlers through years of harsh conditions in the wild.

This symbol is drawn as an owl with two wings and many geometric patterns.

The owl is seen as a symbol of wisdom, mystery, ancient knowledge, and intelligence.