Starlink: Battle for Atlas Get Ready for Sci-Fi Space Battles

The reviewer has been compensated in the form of a Best Buy Gift Card and/or received the product/service.

Gamers are familiar with LEGO, Skylanders, and others that bring toys to life as a video game genre. Now Ubisoft broadens the playing field with Starlink: Battle for Atlas, taking gameplay out of this world!

This sci-fi space battle action adventure game is an open-world space saga that features modular toy technology, allowing the user to customize different real-world physical starships spaceships, pilots, weapons, wings to their game controller, and then play on Switch, PS4, and Xbox One, launching the user into an epic adventure across the Atlas star system. It can be played as single-player or with a friend in two-player split-screen local co-op. 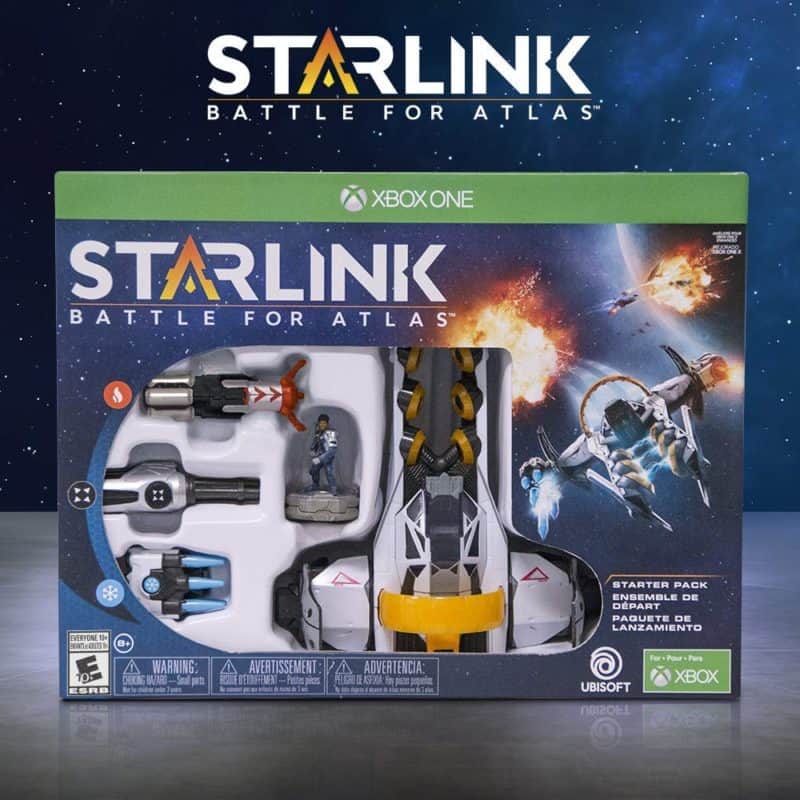 Each modular component and pilot attached to the starship appears instantly in-game, allowing players to directly affect the course of their battle in a meaningful way.

Imagine a group of space explorers discovering a new galaxy. As they explore, their captain is captured by aliens. It’s up to the crew to work together to save him and put the kibosh on the alien’s evil plans. Starlink gives the user the opportunity to discover seven exotic alien worlds of The Atlas Star System, fight an ancient evil and enjoy the landscape of beautiful vistas, all while trying to save the entire universe.

We received the Starlink: Battle for Atlas Starter Pack, which includes: 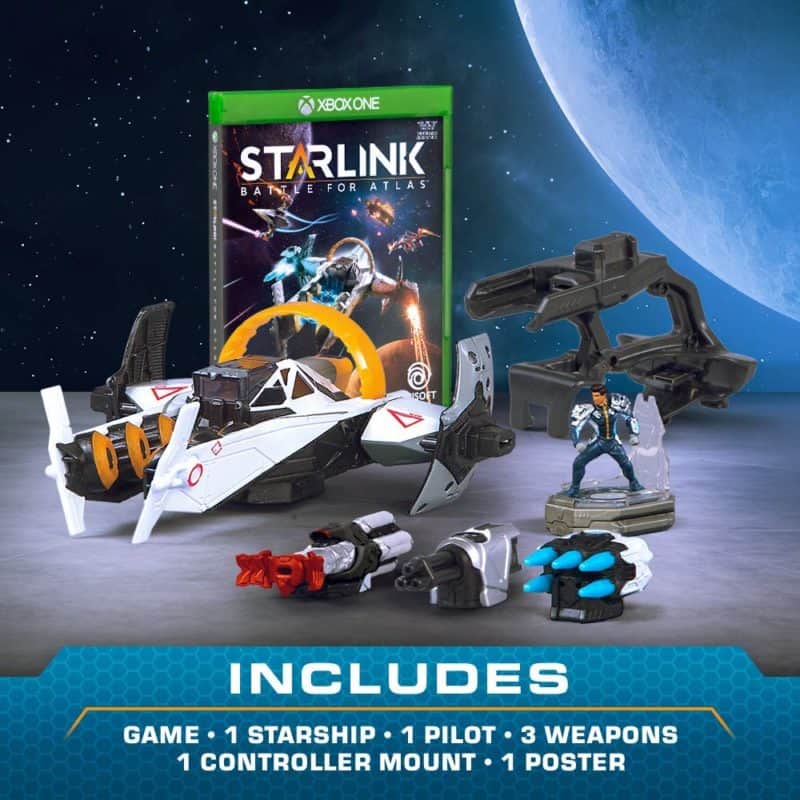 There are plenty of accessories to continue to build the experience. We received three additional accessories: 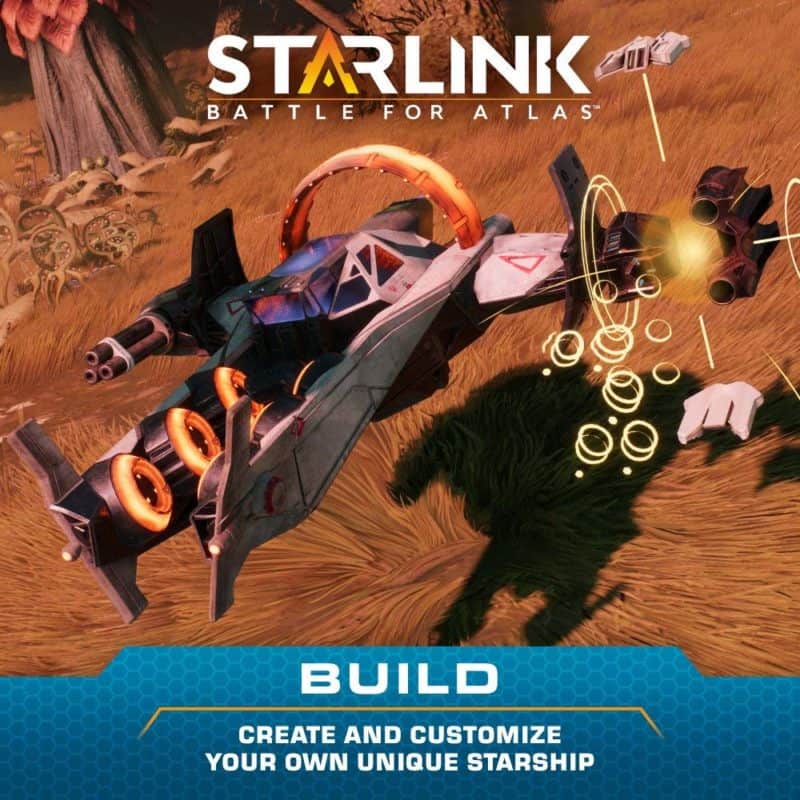 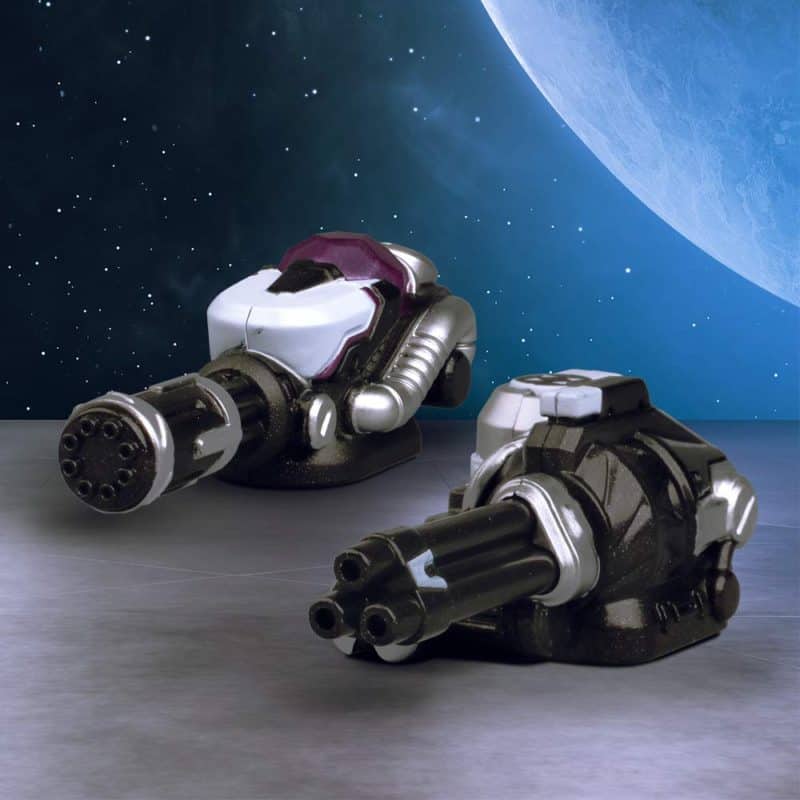 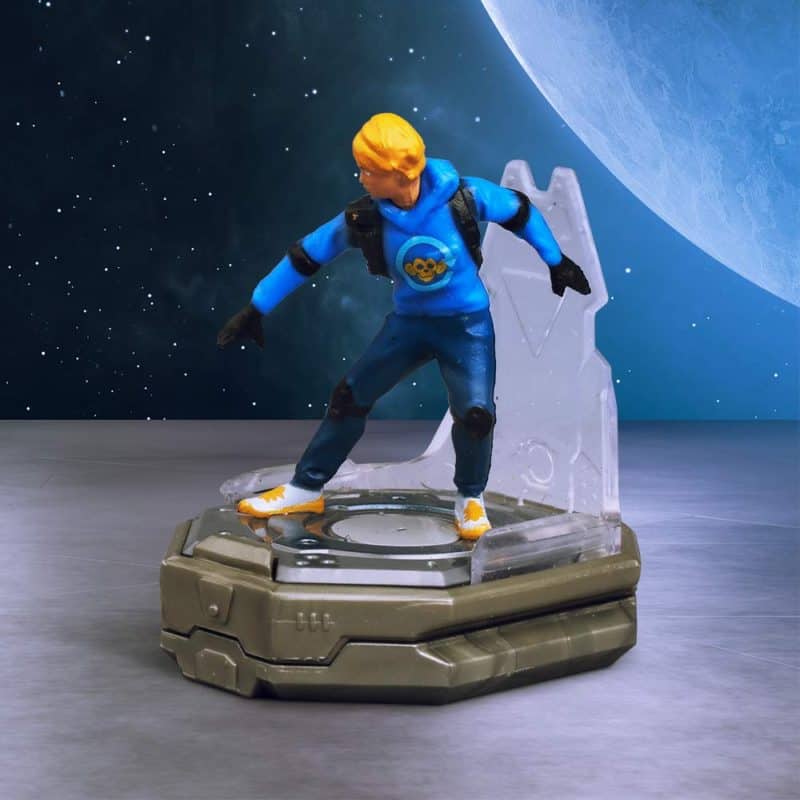 Our first time playing we built outposts, destroyed extractors, destroyed primes, destruction was our game. It was fun, but we learned not as fun as when you play as the game is intended.

What I mean is when the three dreadnoughts appear in space, the fun begins. We played until we could leave each of the planets overrun with the Legion. We encountered more enemies, mastered some weapons, ships, and pilots and learned how the combos work. Plus, fighting the Infernal Primes is an epic battle of fun. We also learned about cloning and fusing mods, leading us to have all Legendary mods. It has been a lesson in playing through, paying attention and enjoying the storyline.

The game reminds us of Starfox, mostly because the Starfox characters integrate seamlessly into the story. There are Starfox side missions, which are fun.

This game is fun and unique. It offers several difficulty choices so whether you’re a new gamer or seasoned gamer, it offers something for everyone.

My son seems to love scanning new lifeforms and taking down the enemy and their bases.

The entire game takes place completely from the ship you choose.

My son does say that it’s a pain to use the digital weapons because to do so you have to move the joycons from the toy ship’s cradle. So you either play all digital or all toys. He’d like the game to integrate to be able to mix and match between the two.

There are some surprises, like the back of the Arwing ship lights up while the game is running. It makes for a great addition to the game.

It’s a huge world in the game, so there is plenty to explore and do. 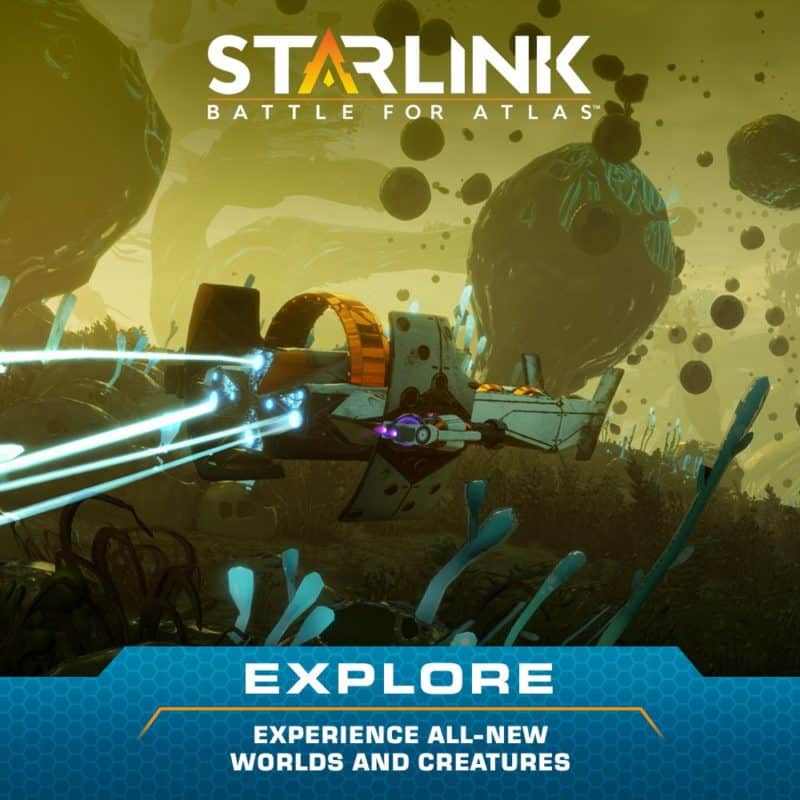 When you engage in battle, the game recommends which weapons (kinetic, fire, or ice-based) will help you defeat certain enemies. AS you pull one weapon from the wing of the ship to replace it with another, the game automatically pauses and takes you to a home screen where you can see your customization come to life. My son thinks this is cool and makes him feel like the commander of his ship.

The game offers incredible graphics, smooth gameplay and an entertaining storyline. It’s an awesome concept building a toy and then having it be the controller in the game. 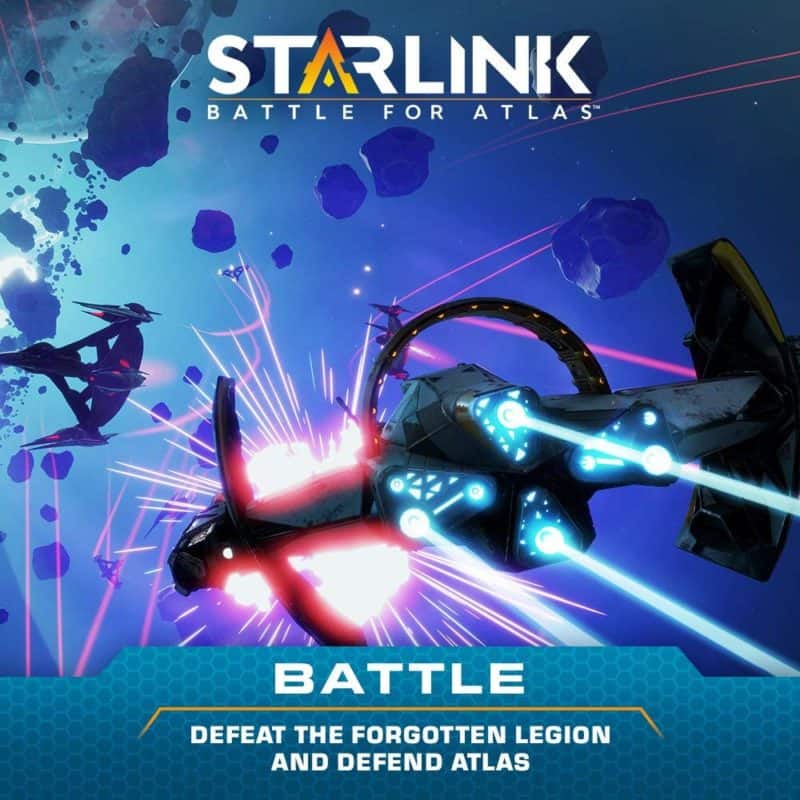 Play the game with or without the figures. This is a great feature in the event you travel to your buddies house. Once you scan a character, ship or weapon into the game, the item remains on the game digitally for seven days. Scan the same item again after seven days, and it’s digitally stored forever.

Starlink: Battle for Atlas is a game that has a lot to offer and is given two thumbs up from my in-house gamer! 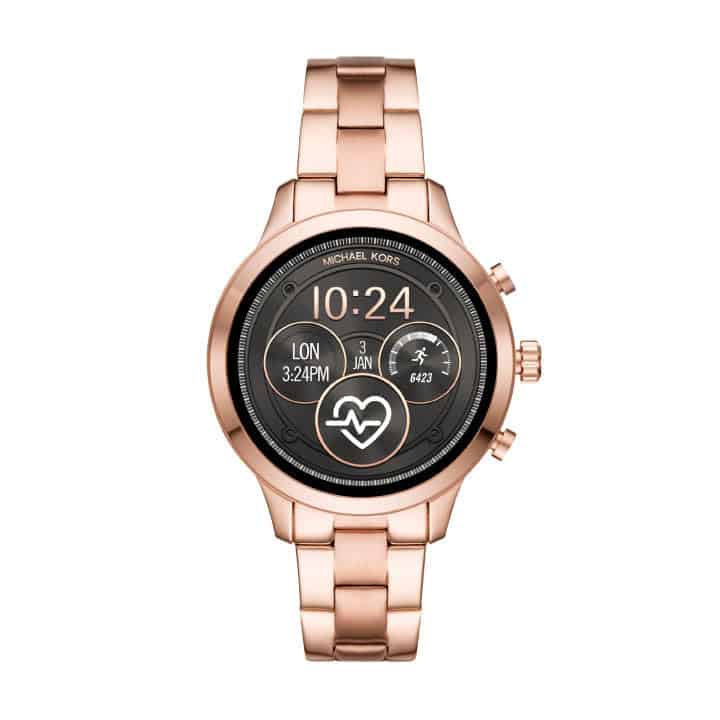 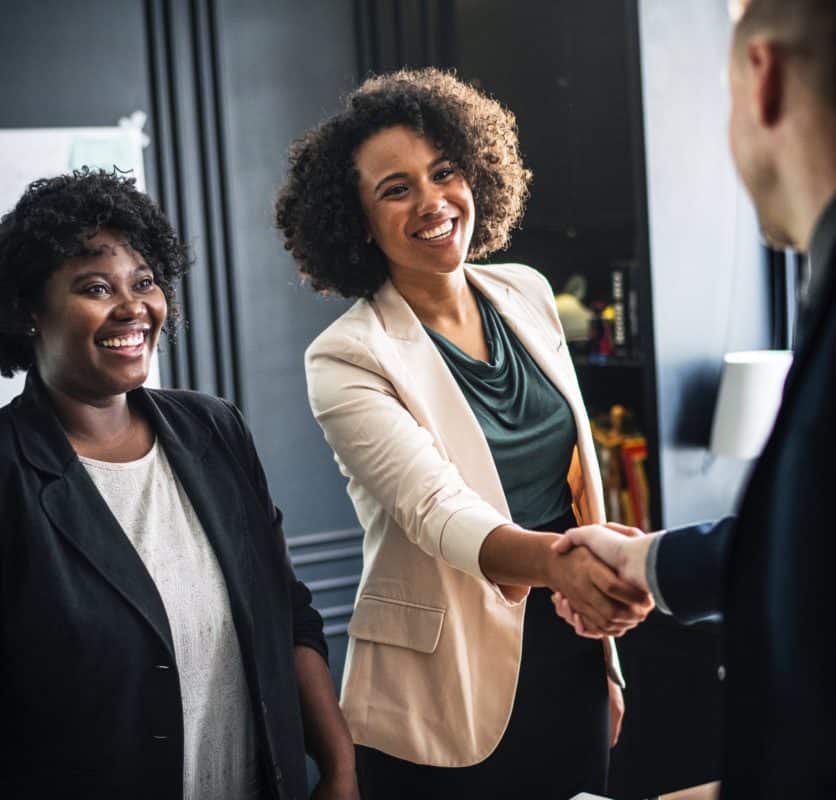 How to Set a Good Impression in Some Situations
Read Next Post →
Comments are closed.