Few franchises have had as tremendous an impact on popular culture as the Star Wars Saga. It is a series that holds a special place in the hearts of countless fans spanning several generations. Naturally, fans of the series were skeptical when Disney announced that they had purchased the franchise and intended to produce a new trilogy and several spinoff films. The skepticism increased when Disney revealed that J.J. Abrams (Lost, Star Trek, and Into Darkness) would be directing the first installment. Many believed that it was a conflict of interest. With all of that said, here are my thoughts on the film, Star Wars: The Force Awakens.

Story-wise, Star Wars: The Force awakens follows Finn—a Stormtrooper trying to flee the menacing First Order—and a force-sensitive young woman named Rey that he meets when said escape is thwarted by the First Order. The two encounter many of the beloved members of the original trilogy cast as they make their way to return a lost droid, the adorable BB8, to its rightful owner—Poe Dameron (Funny-man and Resistance-Pilot extraordinaire). Kylo Ren—a brooding Sith apprentice and the son of Han Solo and Leia Organa—is also seeking the droid as it is rumored to contain a map that could potentially lead to the long-exiled Luke Skywalker. If he can get his hands on the droid, he could potentially smash any hope of the resistance forever. The action-packed story and the film’s well-executed pacing will have you wishing there was more when it comes to an end. 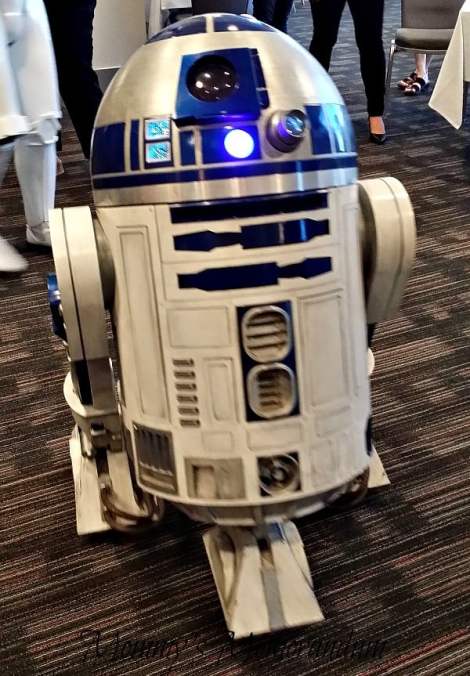 Star Wars: The Force Awakens will be a Nostalgic Ride

Star Wars: The Force Awakens will no doubt prove to be a nostalgic ride on the edge of your seat to fans of the franchise. It seems to be able to capture the charm of the original trilogy in a way that George Lucas never was able to with the prequel trilogy. Fans of the series will delight in the return of Han Solo, Leia Organa, Chewbacca, C-3PO R2-D2, and even Luke Skywalker. The nods to the original trilogy are heartwarming and a lot of fun to try and spot. The film does a terrific job of introducing a brand new cast of actors that breathe new life into a galaxy we have come to know perhaps a little too well.

Personally, I believe that the new cast delivers a fantastic performance and I find myself wanting to know each one of the characters more intimately. The film makes no attempt to tie-up-loose-ends and closes with a major cliff-hanger. It sets the stage for what will likely prove to be an exciting new trilogy. While it closely parallels the plot of A New Hope, it never seems to be blatantly copying—it seems to honor the films that came before and sets a strong precedent for the upcoming entries.

Star Wars: The Force Awakens has its Share of Flaws and Shortcomings:

The film does have its share of flaws and shortcomings. The biggest issue with the film is some poorly executed CGI.  Several of the alien species that encountered on Jakku and Takodana (home of Maz Kanata) feel inorganic and are likely to age poorly—also suffering from this same issue are the hideous “Rathtars” that Finn and Rey meet when the Millennium Falcon is captured. The entirety of the monster chase sequence feels cumbersome and out-of-place. My final issue with the film is the way that the director and screenwriter chose to end the final confrontation between Rey and Kylo. The two engage in an intense lightsaber battle only to be ended by an enormous rift that literally separates them as the planet they are battling on is about to explode. It is just a little too convenient and a little too over-the-top.

Overall, the film is very enjoyable. It serves as a great continuation to the Skywalker storyline for fans of the series and a solid film for the casual movie-goer. Fans of the series will be left with many questions about Snoke, the Knights of Ren, the origin of Rey, and the events that lead to Luke Skywalker’s self-inflicted exile. Critics and Fans alike seem to agree that Star Wars: The Force Awakes was one of the must-see movies of 2015.