This year has been our first year with school sports. Miss M has played on her school’s middle school soccer team. She loves the sport and I’m thankful for all that she is learning.

Two games ago, we played another middle school team and I realized the contrast in lessons youth sports can teach. The referee blew the whistle indicating a penalty and then things escalated.

The two coaches for the other team, who had the penalty, went crazy. They were screaming at the referee. I was across the field and loud and clear I could hear, “you’re here to teach them, not penalize them”.

Crazy just kept coming. As the coaches began screaming expletives and throwing sunglasses and water coolers, their team and parents clapped! They applauded these coaches who were far from showing sportsmanship.

My mouth was agape.

Whether the call was good or not, the coaches words still linger, “you’re here to teach them, not penalize them.” The coaches actions ejected him from the game. The team lost their leader. The men who were here to teach them. The parents and coaches demonstrated to these young athletes poor character.

It’s a game–regardless of the sport. You win some; you lose some. Each outcome provides lessons to better ourselves, our team and our game.

How To Build Authentic Character In Youth Sports

Not everyone deserves a trophy.

In fact, unearned rewards can be harmful because artificially inflating a child’s self-esteem merely for participation in sport sends the wrong message, warns psychologist Jason Richardson.

“There are plenty of incarcerated felons with an inflated self-view and there are extremely successful people grappling with a more moderate self-concept, so self-esteem alone is not the measure by which we should prepare our children for greatness,” says Richardson, a Pan-Am Games gold medalist who is also known as “Dr. JRich” among colleagues.

Richardson isn’t alone. Last year, Pittsburgh Steelers outside linebacker James Harrison returned two participation trophies given to his two sons, awarded not for a specific victory that they’d earned, but simply for being student-athletes.

Anyone can give and get a trophy, but the true value of youth sports is in the occasional tough lessons – and successes – children experience through hard work and merit, says Richardson, author of “It’s All BS! We’re All Wrong, And You’re All Right!”. 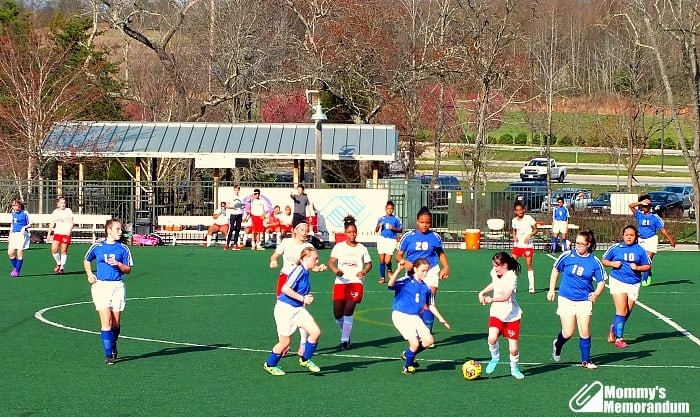 • Stop saying “the problem is …” Fill in the blank. Too many people say the problem is with the coach, the school, the other kids, the equipment, the schedule – and so on. This kind of thinking implies failure because it immediately rules out your child’s goals. Instead, say things that rule in positive outcomes, such as, “I/We/You can do this!” When we had an issue with how expensive youth sports are in town, we left our children out of it.
• Make failure a teachable moment. Sports can test a kid’s emotional fragility. They may want to give up with failure, but that’s a terrible lesson. If your child missed a free throw that would’ve won the team the game, encourage free-throw practice the next day. Better yet, ask them what they are going to do differently next time! Use a coach’s staple: remind your child that Michael Jordan was cut by his high school basketball team during his sophomore year. Parents can always reward persistence and effort.
• Don’t let your child’s ego run wild. The flip side of low self-esteem due to failure can be cockiness with success. Children have far less experience keeping the ego in check, so if he/she is the best athlete in school, they may become arrogant. Try to catch this early; people evolve at different rates. Temper their ego by showing examples of humility, respect and gratitude. Use examples of great athletes who have overcome slumps or adversity.
• Show them how to be a better student. It may seem odd that a star quarterback can memorize every detail of a complex playbook, but has trouble with class studies. If he’s having trouble with chemistry, such as, place the playbook next to the textbook and show him the parallels of complexity. Don’t let him believe he’s “just a jock.”

Dr. Jason Richardson (www.drjasonrichardson.com) is a psychologist who earned his principles for self-improvement as a world-traveling athlete, doctoral student and student, of life. He maintained top-10 status on the professional BMX circuit for most of his 15-year career, retiring with a gold medal at the 2007 Pan American Games.