Noise. It fills my day. The chatter of curious kiddos combined with the “whaaa-cha!” of Xbox 360’s Lego Indiana Jones, Jonas Brother’s in the other room…ay yi yi! It’s madness.

Enter Kidz Gear, makers of Kids Headphones and keeper of my sanity! 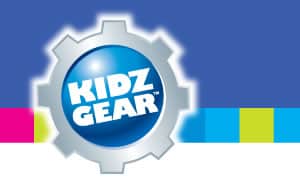 We had the opportunity to try both their Wired and Wireless Headphones, and they brought tranquility to our house.

These were by far the biggest hit with my children.

They can sit on the couch, across the room, and watch TV, play video games, or lounge on the floor and listen to their music.

They thought this was “awesome.”

The wireless headphones are also like a “leash” because they have a short frequency, so if they wander too far, they’ll lose the sound and get back in the “invisible fence”.

I really appreciated this feature! 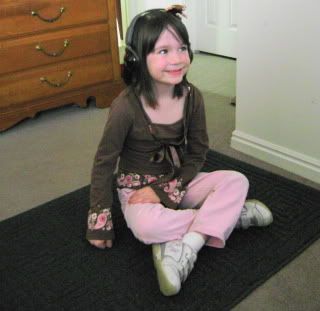 Another great feature is that the wireless is “100% Guaranteed to work with all built-in car DVD/sound systems.”

We have one set of wireless headphones and a minimum of three kiddos on all trips.

We didn’t test out this feature–can you imagine the fight in the back seat! 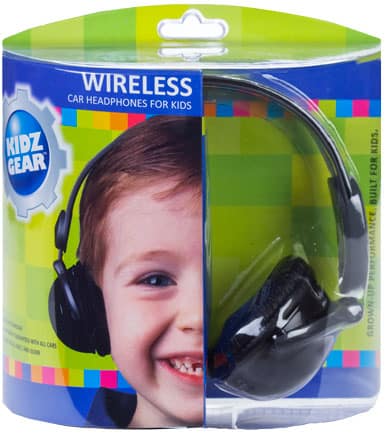 Both the wired and wireless Kidz Gear Headphones are designed just like high-quality adult headphones.

They have a soft cushion around the ears.

An on and off switch and a red light lets you know they’re “on”.

The best part is they’re designed to fit li’l people!

One of the things I struggled with on the wireless headphones was keeping the sound active.

I think perhaps our connector has a short because if I wiggled the wire on the transmitter, the sound returns.

It was no big deal to the kiddos but did require some extra effort on my part.

The Wired Kidz Gear Head Phones have all the same features as the wireless…great sound, on and off switch, designed for little folks.

The difference is they actually connect to a headphone jack on the media source. 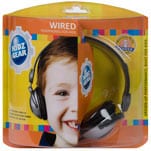 My favorite place to utilize these is the computer.

My children are computer crazed kiddos.

They listen to music, and they play video games.

They turn the sound WAY up!

In the past, at the computer, I’ve put my headphones on them.

The head adjustment is too big for their li’l noggins, and so they fell below the ears and, after a very short time, were discarded, and we were back to the speakers blasting.

With the wired headphones, it was absolute quiet.

The headphones fit them, and they thought it was really cool being on a “Top Secret Mission.”

The Kidz Gear headphones are just perfect for my little people.

They also adjust to wearing I can wear them, and my sixteen year old thinks they are REALLY cool.

The wireless is his favorite because “they don’t have the cord to get tangled and cut. It gives me the freedom to draw, dance, and multi-task.”

You can buy Kidz Gear through their website, and they are available through amazon.com.

Disclosure: No monetary compensation was offered or accepted for this post. I was sent the product mentioned above for review purposes. The opinions above are my own and were not in any way influenced by the sponsor. Other’s experience may vary.