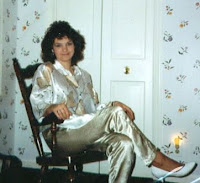 I can admit it, he was MUCH hotter than I, but I’m not a jealous person.
My ritual that summer was waking up, doing my chores and heading to the University of Utah Hospital to spend the afternoon with my best friend, newly paralyzed after a motor-cross accident.

The weekends were time away from my best friend. It made Friday’s drive home from the University longer than the other days’ drive. It was a drive of reflection over the past week. Monday, however, was always one of anticipation and I delighted in walking through the door and seeing my best friend.

His mom and dad had come up to visit him over the weekend. He was in good spirits today.

“Come here.” he smiles, moving his index finger to guide me to him.

“What?” I stand alongside him now, curious as to what he wants.

“Put these on,” he hands me a set of headphones, “I want you to hear something.”

I put on the headphones, “Okay.” The music is far away. “I can’t hear it.” I complain. “Can you turn it up a little more?” I wonder out loud.

I take the headphones off and throw them at his chest. “What’s wrong with you?” I fume.

“I don’t know. I couldn’t hear it very well and then it was DEAFENING!” I glare at him over his prank, annoyed at his smirk.

“Here.” He extends the headphones to me, as a peace offering, ‘I promise. I won’t do it again.”

I place the headphones back on and prepare myself for another round of ringing ear drums. In and out of love…In and out of love… The volume rises and then falls. I glance down at his hands and the player. He holds his hands up as to show me he’s a man of his word.

Take you higher than you’ve ever known

I listen to the song, then take off the headphones and hand them back, “It’s cool.”

I had never heard of Bon Jovi. I make a mental note to pick up their album tomorrow and listen to it so I won’t fall victim to anymore pranks.

The next morning, I forgo my chores, and head to the record store. I can’t remember the name of the band, so I ask the kid behind the counter, “I’m looking for an album with the song “In and Out of Love” on it. Can you help me?”

He leads me down the aisle and then picks up an album and hands it to me. I stare at the cover. 7800 Fahrenheit. The burnt orange on the cover fading to eyes. “Oh, Dear.” I mutter to myself. I turn it over and see the title of the song I listened to yesterday. I walk back, following the kid, to the counter and buy the album.

Back in my room, I removed the cellophane and remove the record. I place the needle on it and watch it go around and around on the turn table. Then the music comes through my speakers. I lay on the floor and listen to the words. By the second song, I’m hooked! I gently lift the needle out of the records groove.
I put a cassette tape in and gently place the needle on the outer edge of the album and hit “record” on the tape player. I can’t wait to blast it through the car speakers on my daily drive!
Of course, Best Friend has moved on in his musical taste. An Iron Maiden dedicated listener. A band I just can’t get into. I, however, find myself doing homework in front of MTV waiting for ANY Bon Jovi video!
This one was my particular favorite:

Twenty Five years later, I’m still addicted. Friends and family phone or send me emails when Bon Jovi will be on TV…I sit in front of it like a school girl still.

I fight with my children, who dislike Bon Jovi, over the merits of this band and how Bon Jovi truly is the GREATEST BAND EVER!

It works out well because better than a grounding is a day in the car with mom blasting Bon Jovi and them begging to get out! 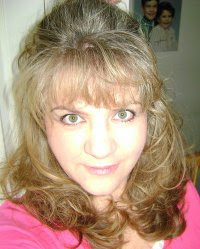 Jon definitely got the better end of the aging stick!
My name is Julee and I’m STILL a Bon Jovi Addict!
Happy Birthday, Jon!
We appreciate your subscription to Mommy’s Memorandum