If you were in the 1500s, people would have frowned upon you for considering an early education center for your child (not that you would have found one).

Luckily, you’re in 2021. But if you’re wondering how early education went from being something people frowned at to a concept parents feel is absolutely necessary in today’s world, this article will shed some light on the matter.

So let’s take a look at some personalities who coined the concept of early education and improved it over the past few centuries to give us modern frameworks like EYLF in Australia (raisingstars.com) (more on that later). We’ll start our journey from the 1500s. 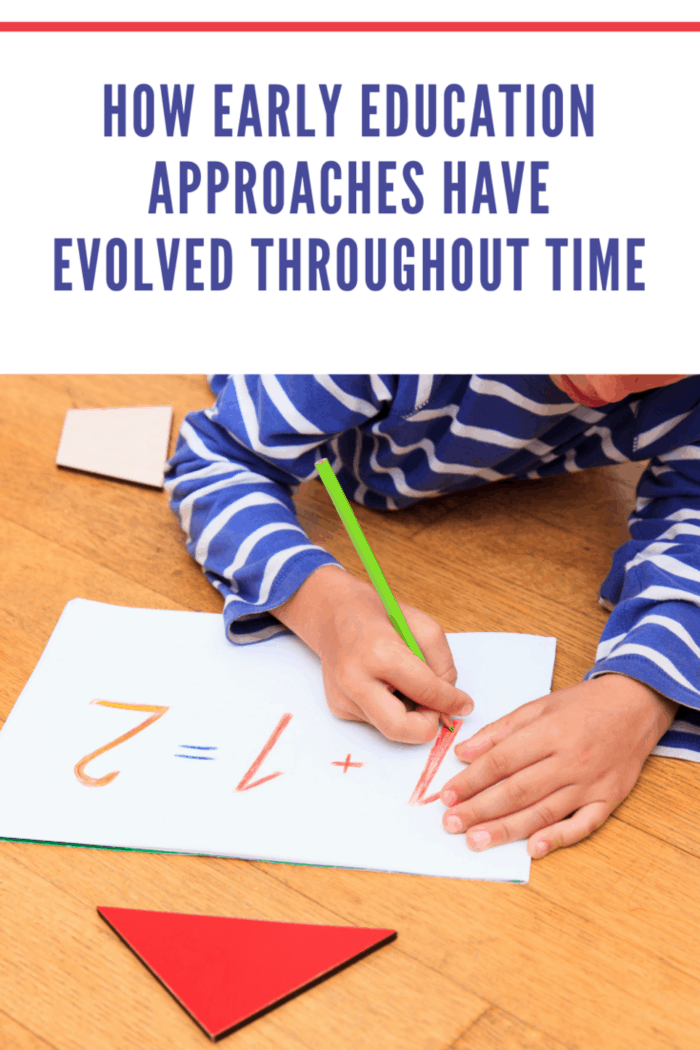 Early education is now the first step in a child’s education. But this wasn’t the case in the 1500s until a man called Martin Luther thought things ought to change.

Martin Luther is thought to be the brain behind the concept of early education. During his time, most people could not read and write, and Luther believed this led to weak families and communities.

One of the main disadvantages of illiteracy, Luther believed, was that people (and children) could not read and understand the Bible. So he argued that children should be taught to read the Bible from an early age to grow up and become valuable members of society.

, the concept of early education was thus born, and many individuals who came next added their own thoughts and methodology.

John Amos Comenius — who was born a few years after Luther died — had a significant impact on early education approaches. Unlike Luther, Comenius’ focus was on sensory exploration instead of reading. He believed children learn the best-using pictures and became the first person to write a children’s picture book. Pretty cool, right?

The blank slate is born

Then came John Locke, who lived around the time of Comenius. And you will like Locke very much if you’re interested in psychology because he was the person who coined the term tabula rasa.

Tabula rasa means “blank slate,” and Locke believed that each newborn child was just like a blank slate — you could fill it up with whatever you like. This led to increased awareness about the need for a proper environment around a child because it’s going to contribute to what gets written on the blank slate to a large extent.

Around 75 years after John Locke died, Friedrich Froebel was born. Froebel was a huge turning point in the history of early education approaches because his early education framework — the Kindergarten Program — was the first one to be widely accepted across Europe.

Froebel believed that play was the major driving force behind childhood learning. He trained teachers to equip them with the observational skills that allowed them to teach a child according to his skills and ability.

Since Froebel trained teachers to develop appropriate educational programs for children, he was the first one to formalize early education.

The famous Maria Montessori succeeded Froebel, whose early education framework — the Montessori program — is still globally available today. Montessori emphasized the importance of the learning environment and believed that senses should be educated before intellect when it comes to children.

Therefore, the current Montessori model allows children to explore their learning environment and learn via the materials present. If you think your child requires individual attention, the Montessori approach may not work the best, and it can be challenging for your child to transition into mainstream schooling later.

Nonetheless, if you decide to go with a Montessori-based early education center, ensure they’re certified by the governing body that looks over Montessori educators and schools. 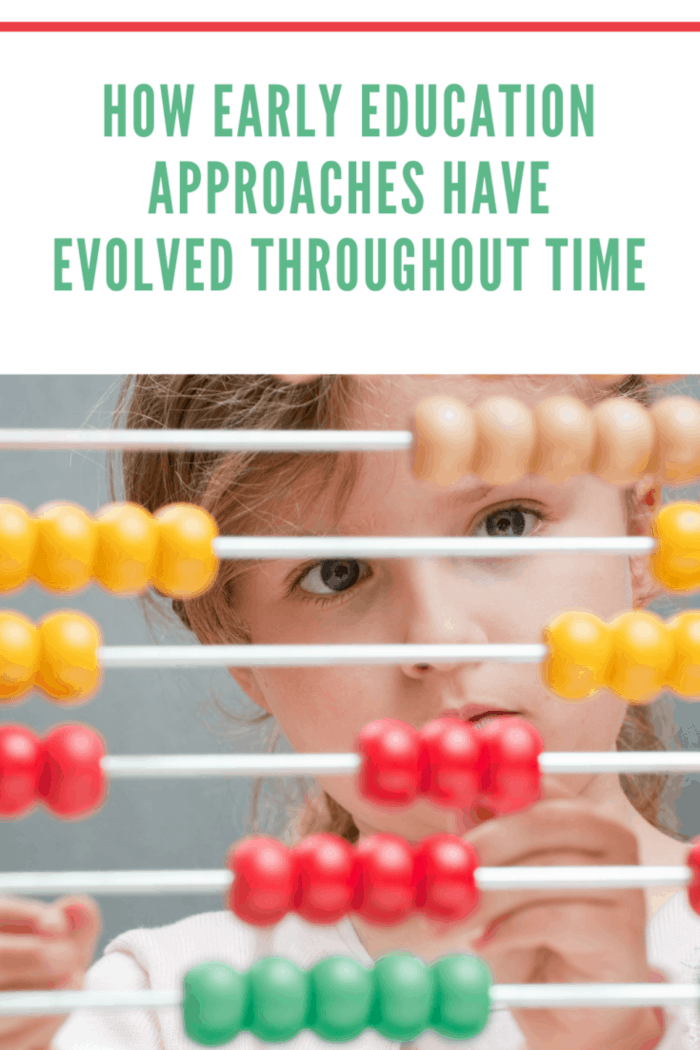 Lev Vygotsky was another individual who shared Montessori’s philosophy that children learn best from their environment. But he believed that the most valuable part of a child’s environment was another member of the community — a human.

Vygotsky believed that a child learns the best when someone more capable than her helps her complete learning tasks. This is why he advocated for learning groups made from children of different ages and capability levels.

Rudolf Steiner was another important influence on early childhood education. He lived during the time of Vygotsky and believed that the focus of early education should be morals and social competence.

He created the Waldorf early education approach, which is still practiced at many centers around the world today. A Waldorf educational center is devoid of technology and focuses on human interaction.

In the Waldorf model, a teacher sticks with a group of children as they pass from one grade to another. Interestingly, the curriculum doesn’t include reading until a child reaches seven years of age.

It’s important to keep in mind that many other individuals — like Loris Malaguzzi and John Dewey — have also contributed to early education approaches but the people described above made some of the more “concrete” and practical contributions. 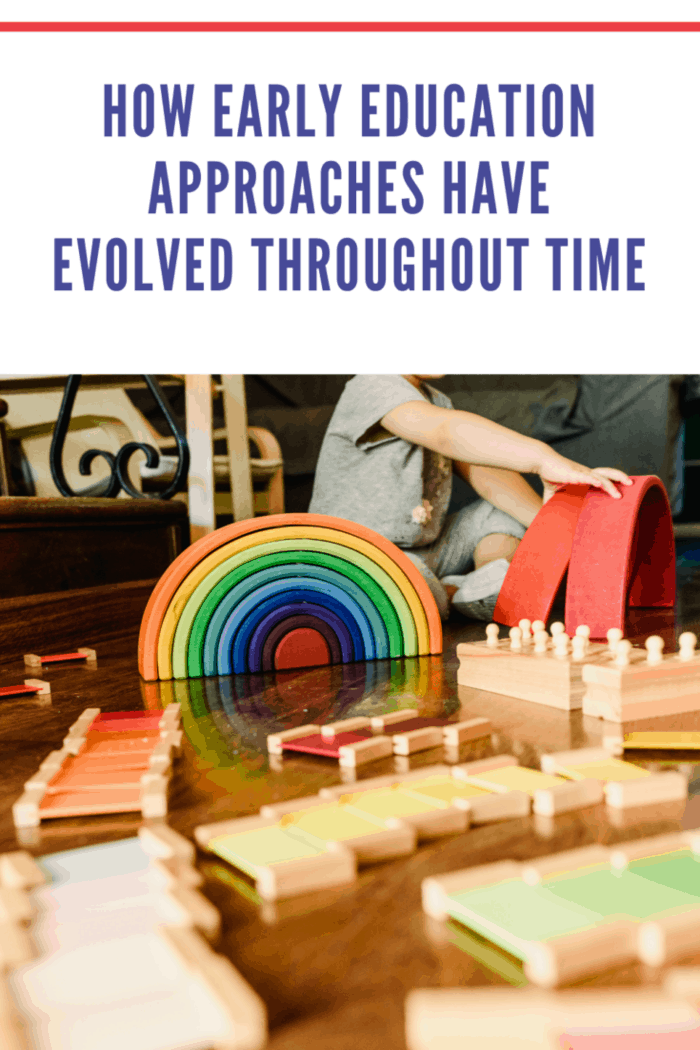 Today, there are varying approaches to early education worldwide, all built upon the theories of the last 500 years. A great example of this is seen in Australia.

The Early Years Learning Framework (EYLF) was implemented across Australia by the government in 2009. Since more and more Australian parents were entering the workforce, a standardized and high-quality early education model had to be implemented nationwide.

While looking for an early education center for your child, you may often encounter a term like EYLF, so it’s useful to be aware of some of the ideas it involves.

There are five learning outcomes of EYLF:

Early education is a worthwhile investment to make when raising kids. If the daycare center you choose makes sure that the EYLF learning practices and outcomes are met, your child will grow up to become a very valuable member of society!