My kids love Shark week and have ever since they were little.

I love hearing them talk about what they learn.

One of our favorite parts of Shark Week is the megalodon. You may know this prehistoric shark from the Jurassic Park franchise–but we heard about it first through the Discovery Channel‘s Shark Week.

Megalodon went extinct 2.6 million years ago. Significant climate changes occurred in cooler oceans and lower sea levels, which put huge strains on its primary prey items, forcing them into extinction. As its prey became more and more scarce, it sealed Megalodon’s fate and closed the door on this apex predator’s dominance of the seas.

A prehistoric shark that would dwarf even the king of the great whites.

Every trip to the beach has been one of scavenger hunts to find a megalodon fossil, specifically Megalodon teeth, like these from the Fossil Era. 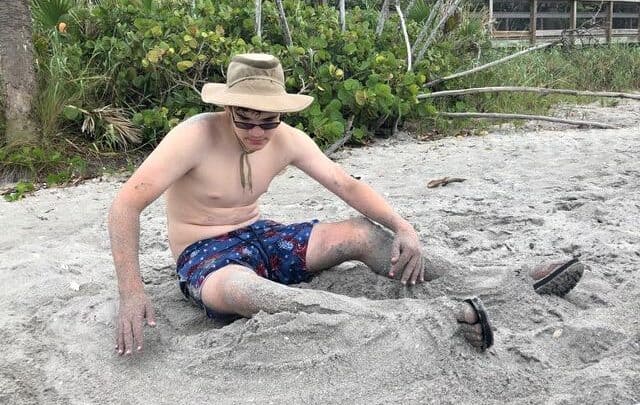 Here is my William digging the beach in search of shark teeth.

His digging paid off and he actually found a shark tooth!

Fossil Era is celebrating Shark Week with 10% off all fossil shark teeth (no discount code needed), but you have to hurry, the sale only lasts during Shark Week Sunday, July 11th, through the 18th of June. 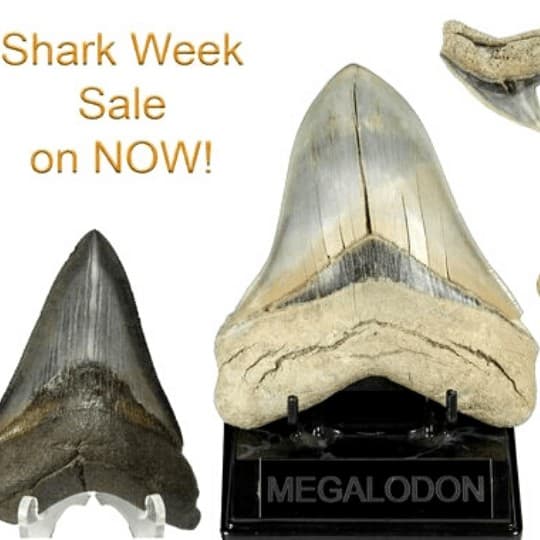 Imagine getting fossil shark teeth from Fossil Era and placing them in the sand for the kids to find!

What a trip to remember!