It’s hard to believe that 40 years ago, Motorola employee, Martin Coper, made the first handheld mobile phone. It would take eleven years more before the phone, named DynaTAC 8000X, was commercially released in 1984. The cost was a staggering $3,995 to own the technology.

It would take almost ten more years before the first smart phone would be launched by BellSouth Cellular at Florida’s Wireless World Conference in 1993. It’s weight was slightly more than one pound.  Now about 25% of mobiles phones in the world are Smart Phones.

Fourteen years later, the first iPhone was launched at the Macworld Conference & Expo on 9 January 2007 by Apple CEO Steve Jobs.

While the original mobile phone’s price tag seems staggering, it is far from the most expensive. Those bragging rights go to the British jeweler, Stuart Hughes. His creation, iPhone4 Diamond Rose, was embellished with 500 flawless, individual diamonds totalling more than 100 carats. The signature Apple logo is a rose gold with 53 diamonds and a single-cut 7.4 carat pink diamond set as the home button.  It has a retail price of  £5 million (currently about $8,184,968.42)!

The Guinness Book of Records says the “Le million” is the most expensive mobile phone in the world. It has a $1,000,000 prize tag to accompany its 120 carats of VVS-1 Grade diamonds.

It isn’t Apple that holds the record for the best-selling mobile phone in history. That title goes to the Nokia 100, which sold about 250 million units.

Nokia also has a “special” tone that alerts the user when of an incoming text message. The tone is actually Morse code for “SMS”. Nokia users who use the “Ascending” ringtone, are actually hearing Morse code for the company’s slogan, “Connecting People”, while the Standard text tone is Morse Code for “M”, which is the first letter in “message”.

Of course, with mobile phones comes texts. Approximately 45% of the planet sends texts everyday. Japan experiences about 80% of text messages as spam, or unsolicited. Here’s a fun fact, 1992 was the year the first text was sent.

Many of us think of Africa as a third world country, and in some places this holds true, however, more than 30 African nations have more cell phones than land lines.

In China, around 2.7 billion Short Text Messages (SMS) are sent every day from mobile phones.

On a desk top computer the usage of “social” related (folks visiting social sites like Pinterest, Facebook, Twitter, etc.) is around 79%. Compare that to 91 percent of all mobile internet usage being social! Consider twitter with 165 million users, 50% or roughly 83 million are accessing the social media site from their mobile phones!

Women aged 35 – 54 are the most active group in mobile socialization.

Only 42% of mobile phone users use their phone to search for music.

Every minute of every day more than 1,000 cell phones are activated! The average American replaces their cell phone every 12 to 18 months with the newer model of that mobile phone.

The mobile industry, valued around $1.5 trillion, is the youngest trillion-dollar industry in the world.

Shop around before you buy and save on your cell phone; it’s a competitive market! 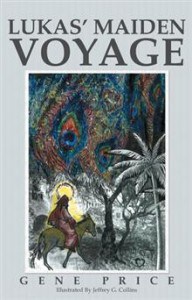 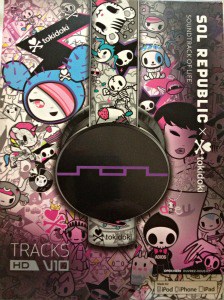