3 shares
Did you know that almost a billion people on the planet don’t have access to clean drinking water?
That’s one in eight of us.
Did you also know that the search for clean water is often a women’s issue?

As a member of the She Speaks Community, this issue was brought to my attention. I

There is a charity called: Charity. Water.

That is doing something about this. 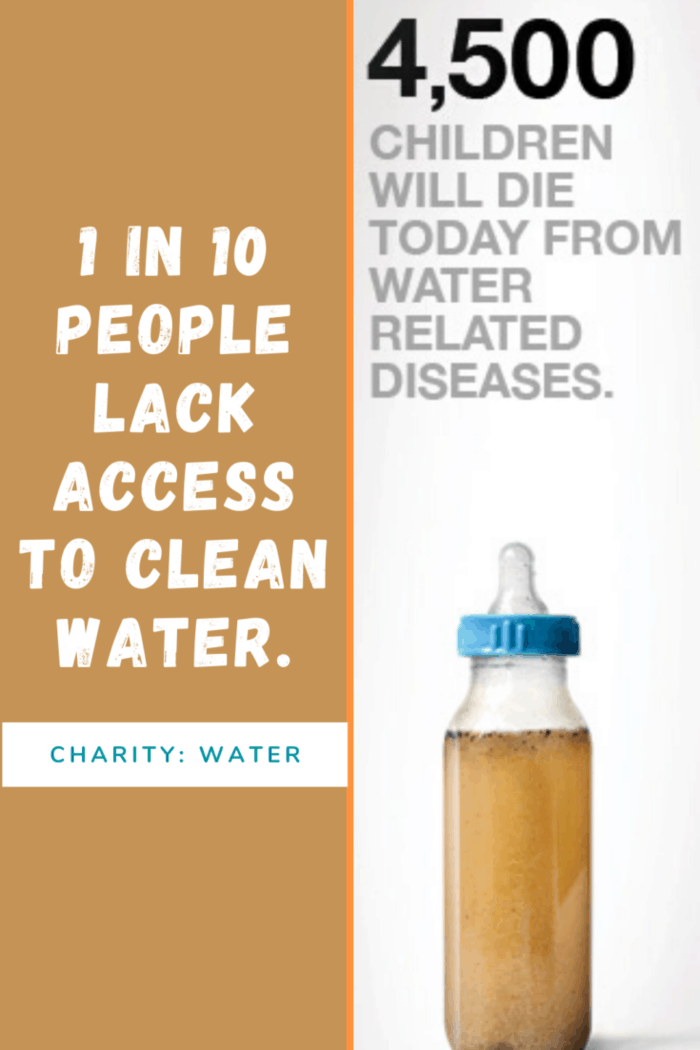 Here are some simple facts:

Since the inception in August 2006, charity: water has funded over 1,549 freshwater projects in 16 different countries, serving over 820,675 people.

Just $20 can give one person clean, safe drinking water for 20 years.

Almost a billion people don’t have that same luxury.

Think about this: this week alone, 42,000 people will die from diseases related to poor drinking water.

90 percent of them will be children under 5 years old.

I look at my daughter and think about what it would be like to have to give her dirty water to drink.

I wouldn’t even want to bathe her in dirty water, and these children have no choice but to drink it every single day of their lives.

Another tragedy is that these mothers and children may have to walk miles to get the contaminated water.

I didn’t know before today that 80 percent of illnesses on the planet are related to dirty water and lack of basic sanitation.

I didn’t realize how many people this affected.

The Website uses Mediavine to manage all third-party advertising on the Website. Mediavine serves content and advertisements when you visit the Website, which may use cookies. Mediavine may collect IP addresses and location to serve personalized ads.  If you would like more information about this practice and to know your choices to opt-in or opt-out of this data collection, please visit http://www.networkadvertising.org/managing/opt_out.asp.
Necessary Always Enabled
Necessary cookies are absolutely essential for the website to function properly. This category only includes cookies that ensures basic functionalities and security features of the website. These cookies do not store any personal information.
Non-necessary
Any cookies that may not be particularly necessary for the website to function and is used specifically to collect user personal data via analytics, ads, other embedded contents are termed as non-necessary cookies. It is mandatory to procure user consent prior to running these cookies on your website.
SAVE & ACCEPT
3 shares
3 shares
error: Content is protected !!